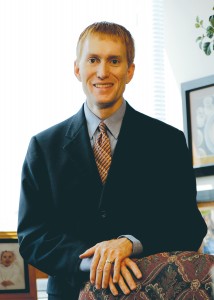 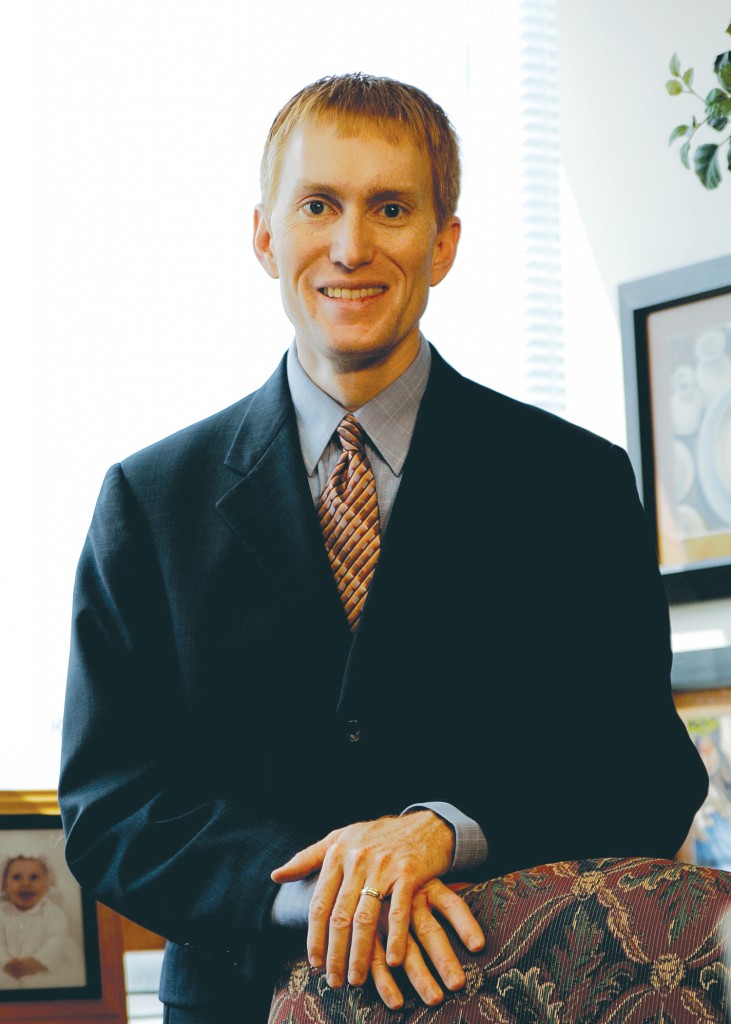 Watching James Lankford on the platform of the new Tabernacle at Falls Creek is to observe a man comfortable in his own skin. Having worked with countless thousands of young people over 16 years at Falls Creek, he has encountered almost every problem associated with the American family.

From drug addiction to divorce to homosexuality, he has seen Oklahoma young people at their very worst. He has also been privy to many lives that have been changed through the power of the Christian Gospel and the local congregations across the state who are instrumental in helping people move beyond life’s greatest challenges.

Lankford has proven himself to be a capable administrator, a captivating public speaker, and a lasting influence in the lives of young people who still stop him on the street and tell him stories about Falls Creek from days gone by. The opinion of many regarding Lankford is that he is about to enter his peak working years armed with successes and a track record that will serve him well as he continues to press forward in his work with the Baptist General Convention of Oklahoma. Imagine the shock of many when they read that he is jettisoning all that he has built over almost two decades of his life to run for the U. S. Congress.

It was the Welsh politician Nye Bevan who first stated that “politics is a blood sport;” the late Republican operative, Lee Atwater, brought back the phrase from obscurity. In recent years, the phrase has proven to be almost prophetic. Why, therefore, would someone like Lankford leave all that he has known and enter the political arena knowing full well what will await him there?

As one might expect, he is quick to state there is a spiritual component to his answer. But there is more. Lankford has read widely and deeply. On matters of public policy, he is able to dialogue and drill down to the theory of the matter without abandoning his core values which he describes as “federalism.” He is a philosophical conservative—at home in the worlds of Friedman, Hayek and Kirk. You will hear him speak of limited government and the priority of each state to govern in ways that are independent of federal mandates. As such, his ideas are not so much new as they are, by some accounts, receding from the political scene. Lankford does not believe that to be the case.

“I am always convinced that to limit the power and reach of the federal government is to free people to live their own lives in ways not directed by those in Washington, D.C.,” he said.

Such a statement plays well to those who fundamentally believe government should be limited. In the age of Obama, however, can such a message succeed, and should a Baptist preacher be the one saying it?

“There is no Constitutional requirement for public office other than age,” Lankford states. “I have worked with families my entire life, and I have seen the problems they face every day.”

The obvious question for a minister is his view of government as it relates to religion. It was his own denomination —the Baptists—who originally appealed to President Thomas Jefferson for protection against government encroachment that birthed the phrase, “the separation of church and state” in Jefferson’s response of 1802. Lankford insists that the intent of this phrase as it was used by this group of Baptists was “to protect the church from the government, not the government from the church.” That said, he is quick to state that the American government is “a secular government influenced by the values of Christians who have worked to influence the nation through policies which have upheld the vision of the founders of the United States.”

Soon after Lankford’s intentions were made known, Anthony L. Jordan, executive director-treasurer of the Baptist General Convention of Oklahoma, convened the entire staff together at the Baptist Building. Jordan, himself a theological conservative known for his vocal support of pro-life legislation and other social policies championed by evangelicals, was quick to provide in writing how the Convention staff was to operate during the upcoming campaign of their colleague and friend.

In the climate of strict media scrutiny, his aim was to make sure that both Lankford and the Convention were protected from any accusation that might needlessly bring unwanted media attention. Jordan laid out the prohibitions of the staff: no political bumper stickers may be placed on convention owned vehicles; no political signs will be allowed on convention property; no political brochures may be given to other employees while in the workplace; no e-mails or other electronic information involving political support for any candidate may be sent by using BGCO owned devices such as cell phones and computers; no phone calls of a political nature may be made on convention owned landline or cell phones; political activity of any kind is prohibited while representing the convention, whether in or out of the building.

With that out of the way, Jordan stated that as private citizens, they were free to support any candidate of their choice in any way they chose. After the meeting, Lankford was met with embraces and encouragement to persevere in the face of what would be a grueling campaign.

And so begins a new path in the journey of James Lankford. Having served the church for many years, he now seeks an opportunity to serve the nation. How that will look in future days as his campaign takes shape is largely unknown. What he does know is that he committed to this path no matter what happens, and hopes to serve with distinction should he be granted the opportunity to serve his fellow citizens.