The Nativity Story – In Season and On Message 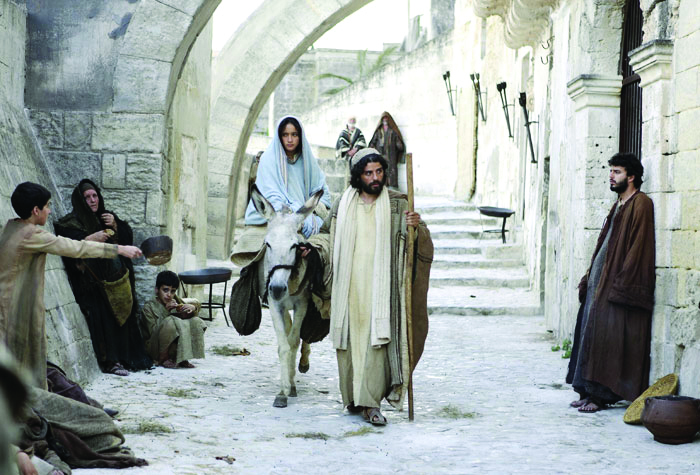 LOUISVILLE, Ky. (BP)-My family and I attended a media screening for “The Nativity Story” the other night. The movie is in season and on message. In other words, the movie faithfully presents the main thrust of the Christmas story. That is no small achievement.

The movie, directed by Catherine Hardwicke, takes some liberties with the biblical accounts found in the gospels of Matthew and Luke. Nevertheless, the invented scenes and dialogue do not distract from the biblical storyline. The screenplay by Mike Rich presents key truths such as the virgin conception and deity of Jesus with unambiguous clarity and artistic force. 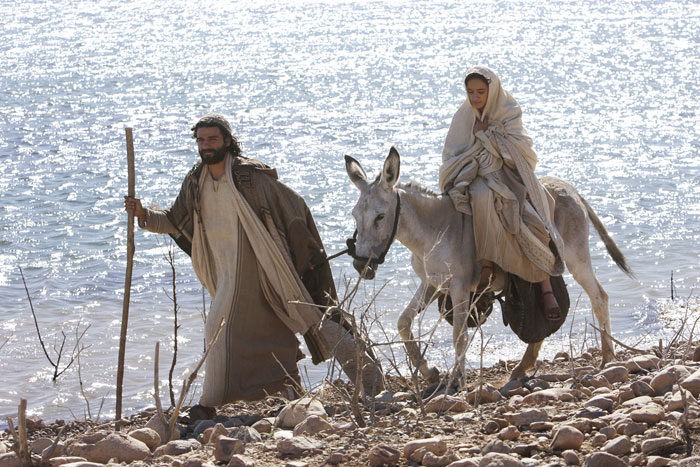 The Gospel accounts are the starting point for any telling of the story, of course. At the same time, there is no comprehensive biblical narrative that fills in every detail. We are left with huge questions. Joseph is described in the New Testament merely as a “righteous man” who believed God and obeyed angelic visions. When Mary is found to be “with child,” Joseph decides to put her away privately, rather than to defend his own honor through a public accusation against his betrothed bride. Beyond these facts, we know little of Joseph the carpenter. Yet, as a character in this movie, Joseph is almost as developed as the character of Mary.

The movie presents invented dialogue and situations including a focus upon Mary’s parents and family, the village of Nazareth, the emergence of Joseph, and Mary’s relationship with her cousin Elizabeth, mother of John the Baptist. 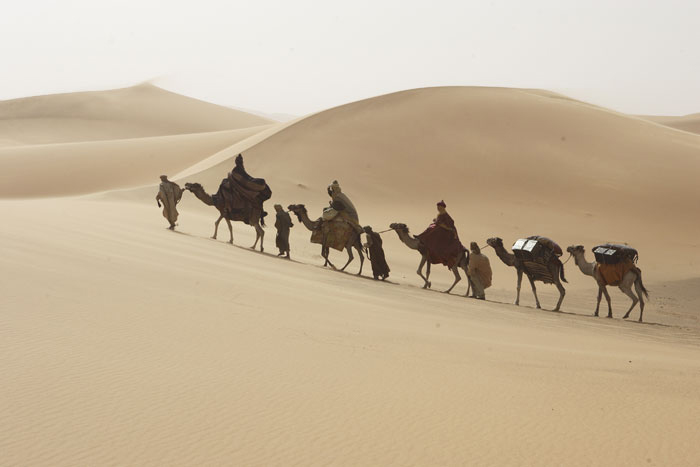 Invented scenes include an imagined version of the pilgrimage to Bethlehem (including a river crossing scene, complete with a threatening snake) and representations of the brutal oppression of the Jews by King Herod the Great-a character who can hardly be imagined as more evil than he actually was. The film also attempts to convey the messianic hopes of the Jewish people, suffering under multiple levels of oppression.

Rich, who wrote the script, explained his decision to expand the story: “The only way to tell the story was to try and take that foundation in Matthew and Luke and expand upon it, while at the same time being very faithful to the spirit, tone and content of those Gospels.” The same is basically true of nativity plays presented in churches across America.

The most extravagant display of that creativity involves the Magi. As presented in the movie, the Magi provide historical context, important dialogue and a degree of comic relief. Yet, these men are presented in a believable manner, without farce. Of course, the Gospel of Matthew never specifies a number of the Magi (stipulating only the three gifts), much less their names. The movie simply assumes the tradition of three Magi named Gaspar, Melchior, and Balthasar-a European tradition traceable only to the seventh century.

In order to present the Magi in Bethlehem the night of Jesus’ birth, the movie suggests that these wise men from the East had seen the astronomical event of the star in the making and had left for Bethlehem months before Christ’s birth. In any event, the Magi provide some of the most important Christological material found in the film.

When it comes to the virgin birth, the divinity and the saving mission of the Christ Child, the movie never blinks. Cinematographers may find fault with the presentation of the angels and the voice of God, but I have the sense that where the director had to choose between accuracy and artistry, accuracy often won. For that decision, Christians should be thankful.

The film succeeds in presenting the humanity of the central characters and in building a sense of expectancy. There is little suspense in the movie, of course. We know the story.

Christian parents will want to discuss the movie with their children. Which parts of the movie can be traced to which biblical texts? Were the other parts of the movie faithful to the main storyline? How much of what Christians think they know about the nativity story is actually in the Bible at all?

Should the story of Jesus be reduced to film? That question is not as easily dismissed as some might think. Nevertheless, “The Nativity Story” is the first major Hollywood studio film in many years to deal with a biblical story. In fact, World magazine reviewer Steve Beard reports that “The Nativity Story” is the first such release from a major studio since “Ben Hur” and “The Ten Commandments.”

So, Hollywood has produced a major film with a national release that straightforwardly presents the central themes and events of the biblical accounts of Christ’s birth. We should not let that fact pass without notice.