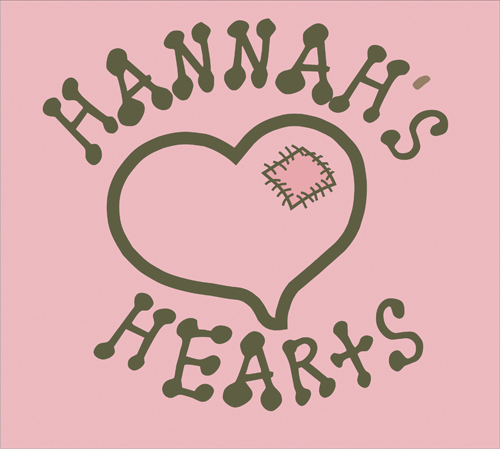 At first, the Linskys and their two older daughters, Emily and Abbey, celebrated the miracle God had given them after Deonna had suffered three miscarriages in three years. But, the celebration soon turned to deep concern when Hannah’s condition was diagnosed.

Fortunately, modern medicine has made it relatively simple to correct the problem, if the patient resides near a medical facility and skilled surgeons. The Linskys did, and Hannah’s problem was corrected during surgery in Dallas when she was 9 days old.

Eight days after surgery, including four days in intensive care, Hannah was released to go home. Other than required annual checkups and a three-inch scar on her chest, Hannah has no lasting side effects. and is expected to live a normal life.

Deonna now is a grateful mother, acknowledging that God has blessed her family in a huge way. Soon after Hannah’s surgery, she came across an idea to help other families affected by heart disease. She saw a flier about a program named “The Heart Project,” begun in 1997 by Samaritan’s Purse, which identifies children with heart diseases who live in countries without the medical expertise or facilities to correct those problems and pairs them with a facility in the United States to receive treatment. Since its inception, The Heart Project has provided care for hundreds of infants from Bosnia, Uganda, Nigeria, Mongolia, Honduras and Kosovo.

“God really placed that on my heart after Hannah got home from Dallas,” Deonna said. “These babies will die if they don’t have surgery.”

Thus, “Hannah’s Hearts” was organized, founded on the theme verse of Jeremiah 33:6, “Behold I will bring health and healing; I will heal them and reveal to them the abundance of peace and truth,” and a purpose of “Mending hearts with the love of Jesus by serving those children and families affected by heart defects and other life-threatening conditions.”

Hannah’s Hearts will hold a “four-course, gourmet” dinner June 29 at Marlow, First, the Linskys home church, to benefit both The Heart Project and Children’s Hospital of Oklahoma (CHO) at the University of Oklahoma Medical Center in Oklahoma City, where Hannah received treatment and had preliminary surgery before being transferred to Dallas for the TGA surgery.

“It costs about $1,500 to bring a child to the U.S. for treatment,” Deonna said. “We want to help make that possible for as many children as we can.”

The evening will include a talent show and silent auction, which begins at 6:30 p.m Dinner will be served at 7 p.m. Tickets cost $25.