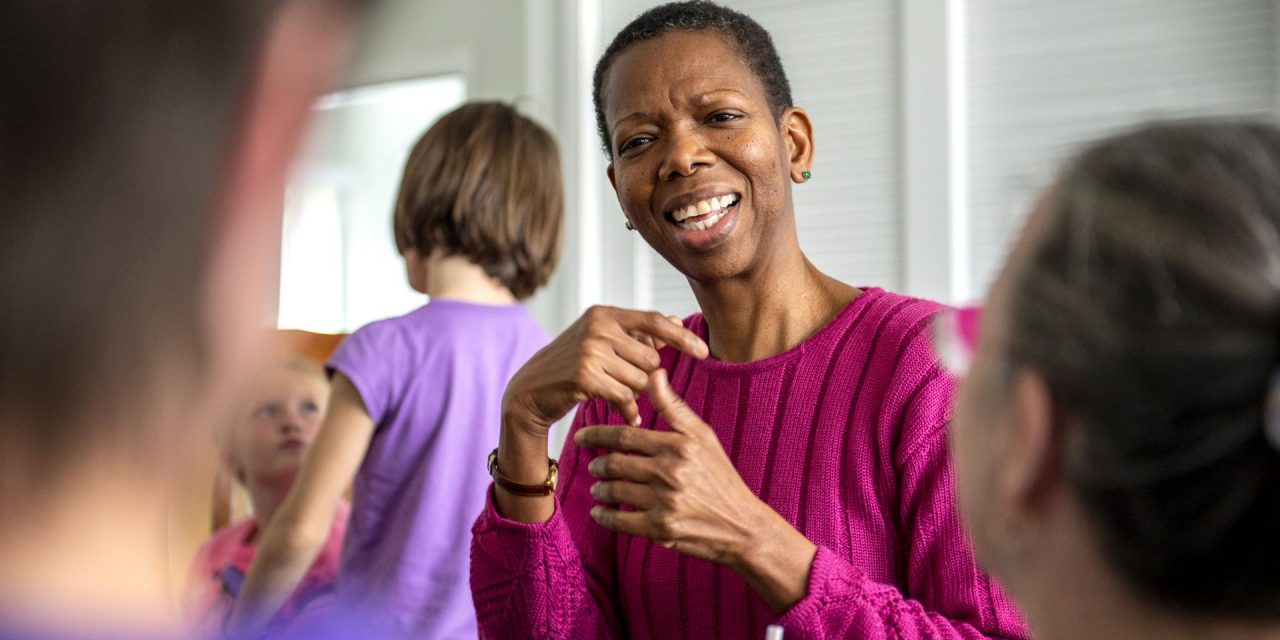 NASHVILLE, Tenn.—Missionaries with Oklahoma connections are coordinating with leaders of the International Mission Board (IMB) and leaders in the global Deaf Community to advance the Gospel to 72 million Deaf people worldwide. 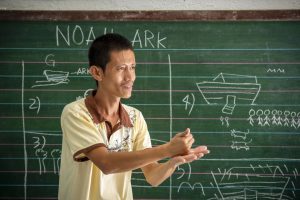 Born to deaf parents, though hearing, Oklahomans Danny Bice and his sister Vesta Sauter grew up immersed in the Deaf culture and language. They, along with Vesta’s husband Mark, are fluent in the language of the Deaf and are adept at navigating the bridges and barriers between the cultures of the Deaf and the Gospel with the outcome of better missionary engagement.

One monumental change that was spearheaded by the Deaf-focused Oklahoma missionary family was to work to move one of the largest mission boards in the world, the IMB, to adopt a new approach to Deaf missions. In 2009, under the leadership of then-president Jerry Rankin, IMB organized eight people groups who share a similar language, history or culture and called them “Affinity Groups,” which became the center of IMB’s mission focus. Through the efforts of the missionaries, the IMB also included the global Deaf as the ninth Affinity Group.

Mark Sauter, who now is the leader of the IMB Deaf Affinity Group, explained in a recently recorded Messenger Insight podcast how the Deaf came to be considered one of these affinity groups. 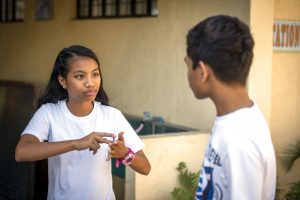 “In 1996, we were appointed with the IMB as church planners among the Deaf of Eastern Europe,” Sauter said. “The IMB allowed us to pioneer a strategy within Central East Europe where we worked among the Deaf as a people group. Reports of deaf people coming to faith, Deaf churches planted and Scripture translated into Sign Language by IMB Deaf workers, the board was moved to recognize the Deaf as a people group in 2001.”

So far the strategy has been effective. According to an IMB report, between 2009-2019, there have been 3,059 professions of faith within the global Deaf people group; 2,140, were baptized, and 171 churches were planted.

Bice, who is pastor of Oklahoma City, Deaf Church, used Sign Language in the video podcast interview and explained how important the change in approach was to the Deaf community.

“When the IMB began to look at the community as an actual cultural group, that was an amazing thing,” Bice signed. “That was landmark for us because no one else had ever recognized them like that. That helped the deaf community. Before the IMB recognized them as a people group, mission boards considered deafness as a disability handicap. But deaf people themselves don’t view their group as having a disability, or as having a handicap. The Deaf community has their own identity, because of the language that they share. They are involved with people who are similar to them in their own community. It’s a paradigm shift for a lot of hearing people because they’re not used to thinking of Deaf as a culture.”

The IMB’s approach to the Deaf as a culture group has led to the development of new mission strategies and resources as well. Vesta Sauter recently launched a new initiative in partnership with IMB called DeafWay Global. This ministry, she said, will help mission boards who wish to engage Deaf communities of the world in culturally-relevant ways. She explained that Deaf missionaries have access to places hearing missionaries do not.

”As we look at the number of 72 million Deaf peoples,” Vesta said, “we realize it’s one of the largest unreached people groups, but their network extends far beyond just the Deaf community. We think that Deaf people live in isolation. They actually live in rich community with other deaf people, but they also have networks of family that are hearing.

“For example, you reach their hearing children—most deaf people have hearing children, hearing parents and hearing siblings,” she continued. “Their teachers are often hearing; the people that they work alongside are hearing. I’ve heard statistics say that for every Deaf person you reach, you’re going to reach nine hearing people.”

Vesta explained that, through DeafWay Global, she hopes to help expand awareness for the need for each Deaf nation to have access to God’s Word in their heart language. DeafWay Global, in partnership with the IMB and the global Deaf community, currently has translation efforts underway in 13 sign languages.

To learn more about praying for IMB Affinity Deaf missions, visit imb.org/Deaf to download the DeafWay app, search for DeafWay Bible wherever you download smartphone apps.