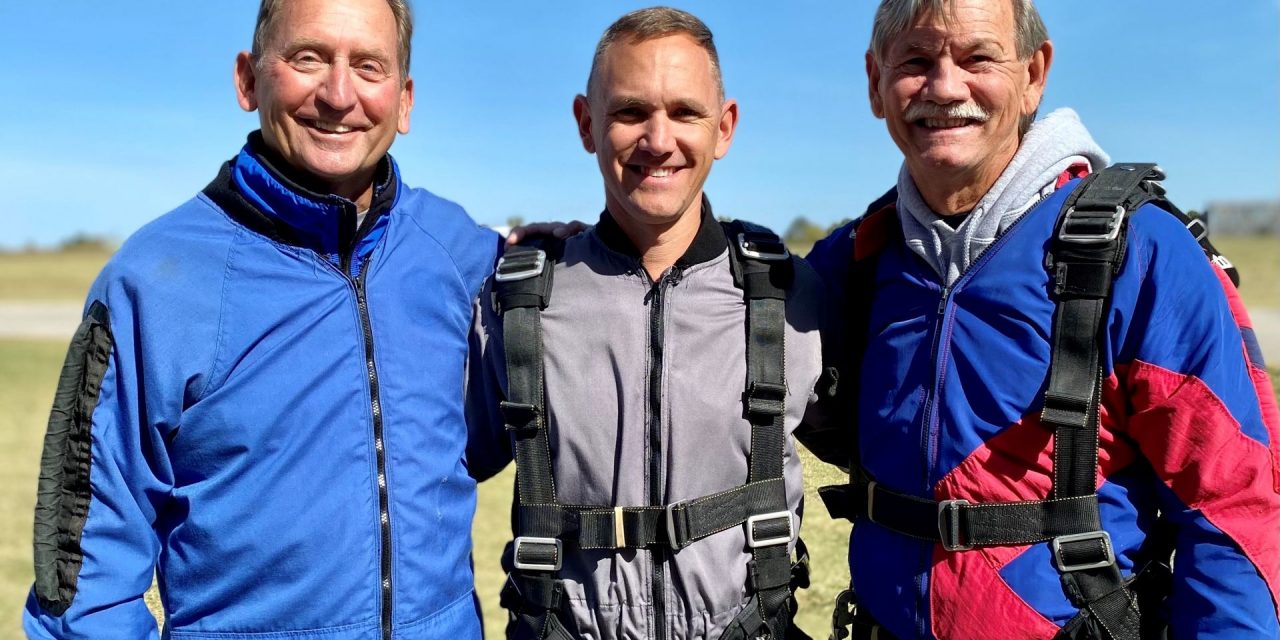 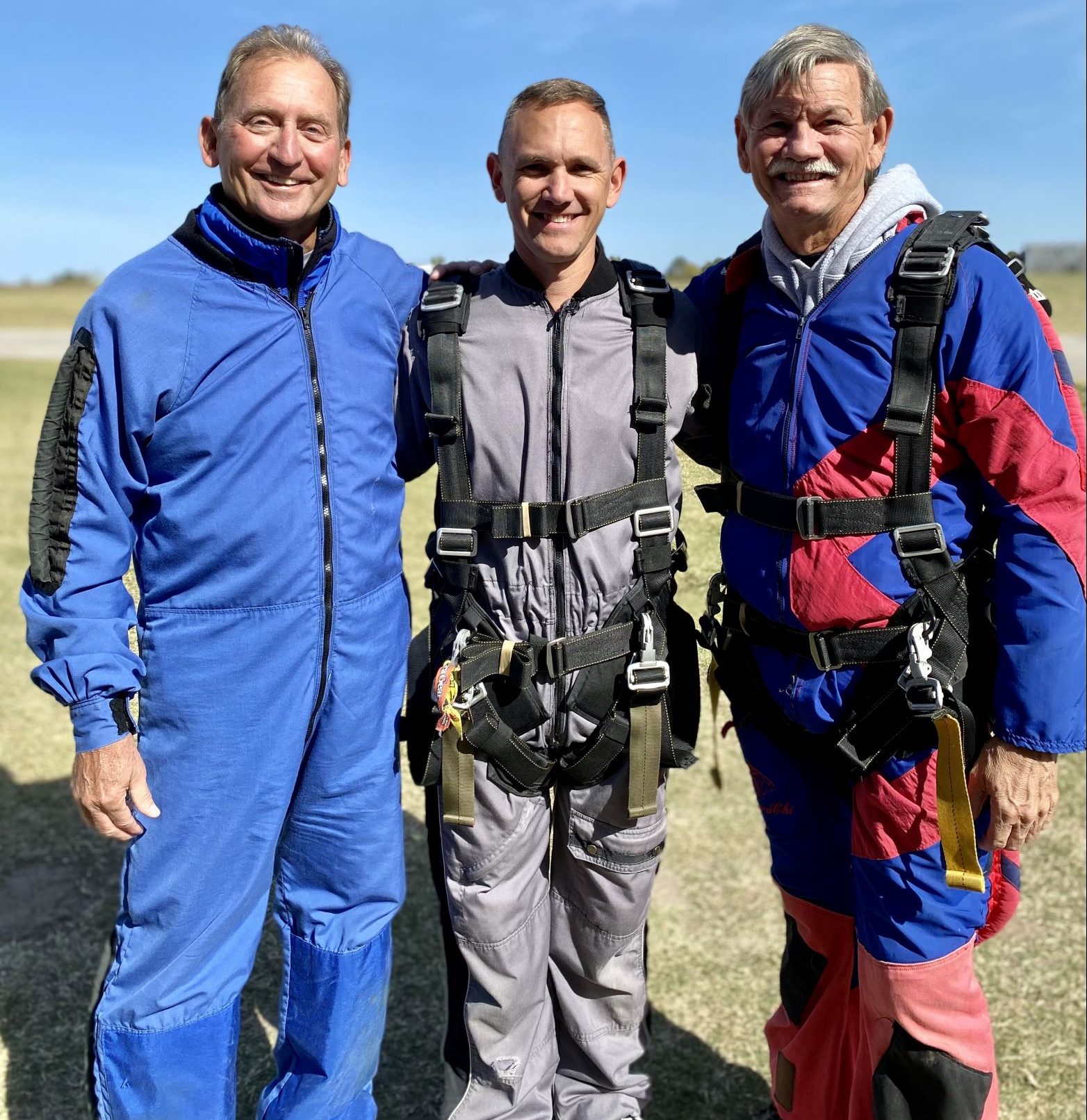 My youngest son Caleb has had a dream ever since he was a child that, one day, he and I would go skydiving together. He had this dream because I told him stories of my adventures as a young skydiver.

After I got out of the service, I moved to Hannibal, Mo., to attend Hannibal LaGrange College. Just down the road from Hannibal is Keokuk, Iowa, home of the Keokuk Falling Stars. I joined that group and jumped with them.

My last jump was to be in the Huck Finn shopping center in Hannibal. It was a sizzling hot July day, and the heat was radiating off the freshly-laid asphalt, causing an updraft. As I got closer to the drop zone, I knew I wasn’t going to hit the mark. I had to find an alternate landing site.

As I looked around, all I could see were fields of ripened corn, so I decided I would head for the corn. As I descended into the field, I crossed my arms, tucking them in tightly with my hands covering my face. Soon I felt the ears of corn banging against my body as the chute dragged me through the field. That day, I only had a few bruises, a broken watch and damaged pride.

When I got married, and we were expecting our first child, my wife asked me not to jump anymore. So I took up scuba diving, a more dangerous sport, in my opinion. When Caleb was 13 years old, he and I got our scuba licenses, but he still had a desire to skydive.

When he turned 16, I took him to an airport, where he made his first tandem jump. He has jumped several times since then, but he still had a dream of jumping with his dad one day. For my 69th birthday, I wanted to fulfill that dream.

It had been 47 years since my last jump, and we met on a Friday afternoon in Skiatook, at Skydive Airtight with my adventurous friend Bill Meek. Bill was part of the team that scaled Mount Kilimanjaro, carrying the cross with me to the top of Africa.

As the plane took off, I was as giddy as junior high girl who had been asked to her first dance. Memories flooded my mind as I was strapped to an instructor. The engine cut, and we jumped together, father and son falling at max velocity. It was a day neither of us will forget. It probably won’t be our last.

Throughout the years, I have been asked, “Why do you jump out of a perfectly good plane?” Those of us who love the sport of skydiving have a joking way to answer that question. With a twinkle in our eyes, we will tell you, “Because the door was open.”

I believe one of the keys to living the Christian life is learning to recognize that God opens doors for us to jump through. The Scriptures tell us “a great door for effective work has opened to me” (1 Cor. 16:9a).

I have learned to recognize these doors as God’s Spirit nudges mine. It might take me a few minutes to recognize what He wants me to do, but when I find it, I must step through it. When we step through an open door, we reveal the nature and character of God to a lost world.

Why did I stop and help the lady who was struggling to load her groceries into the back of her car? Because a door was opened to me.

Why did my friend Woody Fletcher and I witness to that lady working behind a booth at the state fair and led her to a living relationship with Him? Because a door was opened to us.

Why did I call a friend today to encourage him?  Because a door was opened to me.

Why did I spend my life going to other countries to spread the Good News of Jesus Christ? Because a door was opened to me.

Why did I pay for a struggling young couple’s dinner at a restaurant? Because a door was opened to me.

Why did I visit my Muslim friend’s restaurant and take other people to eat there? Because a door was opened to me.

When you follow Jesus, He is always opening doors for you to step through to make His name known. You might ask, “Is it scary?”

I am not going to lie. It’s not scary to jump out of a plane. Gravity does all the work.

It’s much scarier to follow God. Your heart pounds as you take a step of faith through a door He has opened.

In both cases, He is with you. And that makes all the difference.