The day that changed everything 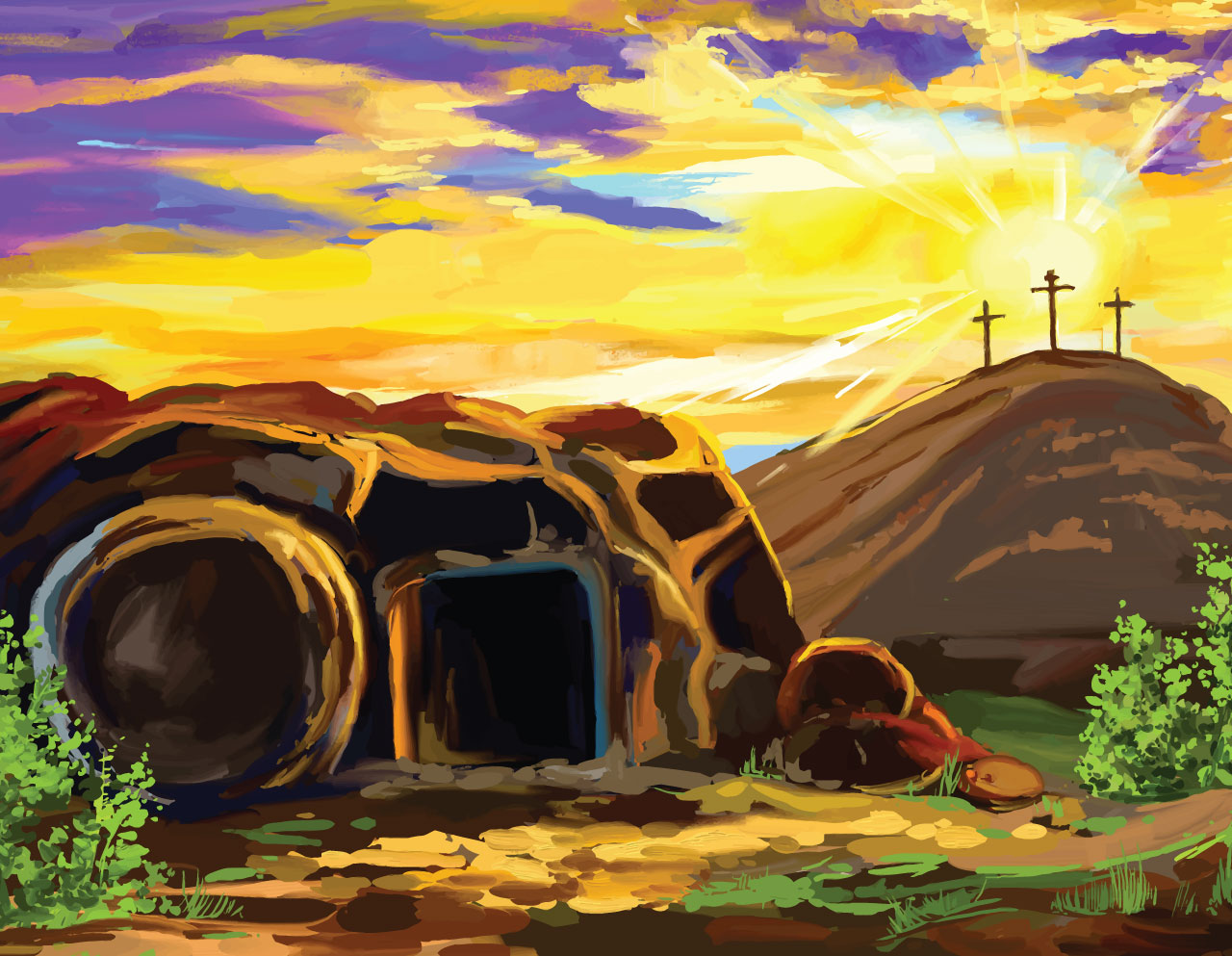 As the sun descended toward the horizon that Friday afternoon, events of historical, theological and cosmic significance unfolded in unexpected ways—Jesus, the Son of God, died upon the cross.

Upon the death of Jesus, Joseph of Arimathea, a prominent member of the Sanhedrin and a secret disciple of Christ, openly approached Pilate to ask for the body of Jesus to ensure a proper burial. Joseph, along with Nicodemus, received the corpse to prepare it for burial.

Nicodemus purchased a 75-pound mixture of myrrh and aloes to use when wrapping the body with strips of clean linen cloth. Then they laid his corpse on a stone bench inside of Joseph’s newly rock hewn tomb near Golgotha. When the two men finished their preparations, they rolled a heavy stone over the entrance. While they worked, Mary Magdalene and another Mary were watching to see where Jesus was entombed.

The next day, Saturday, several priests and Pharisees feared that Jesus’ disciples would steal His body to attempt a resurrection hoax, so they petitioned Pilate to secure the tomb. Pilate granted them a squad of soldiers, who sealed and guarded the tomb.

The soldiers posted watched  vigilantly throughout rest of the day and through night. As the first gleam of morning light peaked through the cloak of darkness, the Earth jolted violently.

Suddenly, an angel touched down in front of the tomb with a stunningly brilliant and dazzling lightening-like appearance. The angel stepped up to the tomb and effortlessly rolled the stone away from the entrance.

At the sight of this angel, these hardened soldiers melted in fear like butter next to an open flame and fell limp like dead men.

While this took place, a small band of grieving women were making their way to the tomb in the early morning light. Unsure of how they would roll the stone away, they were determined to finish the burial preparations. Yet, they arrived to discover the tomb already open. Cautiously peering into the tomb, their eyes widened in terror at the sight of two glorious angels sitting on the bench where Jesus’ body had been. One angel was where Jesus’ head was laid and the other at His feet. One of the angels spoke words that still resound with power—“Do not be afraid. I know you are seeking Jesus of Nazareth. Why are you seeking the living among the dead? He is not here. He is risen!”

The women, still trembling and filled with a mix of bewilderment and joy, ran back into town. The disciples sat sullenly in the upper room when Mary Magdalene crashed into the room breathlessly exclaiming that someone had taken Jesus’ body. Peter and John instantly rushed out to investigate.

John arrived first, but stopped at the sight of only the linen cloths and shroud where Jesus had been. Peter arrived, pushing past John, and entered the tomb. John believed Jesus had risen, but Peter struggled.

Mary Magdalene returned to the tomb to search for the body of Jesus. Weeping and worried, Mary asked the gardener if he knew where they had the body. The man simply said, “Mary,” and turning to see Him, she realized it was Jesus. After she left to tell the others, Jesus appeared to two walking on the road to Emmaus.

Dejected, sad and heartbroken, they discussed the events of the last few days with a stranger started walking alongside them. Yet, the stranger who turned the conversation into an explanation of everything the Scripture said about the Messiah. Enthralled by this man, they invited Him to a meal. When He took the bread and broke it, they recognized Him instantly—it was Jesus!

Meanwhile, back in the upper room, the disciples remained thoroughly perplexed. As the room buzzed with chatter over all the reports, Jesus suddenly appeared in their midst—“peace be with you.” They fell silent in profound fear. “Why are you troubled, and why do you doubt?” Jesus continued, “look at My hands and My feet. It is I, Myself! Touch Me and see; a ghost does not have flesh and bones, as you see I have.” Joy replaced fear as they stood staring at Him and He said, “do you have anything to eat?”

When Jesus left, he promised to see them again in Galilee. It was like old times eating fish and walking along the seashore with Jesus. He remained with them for 40 more days after His resurrection. He appeared to Peter, to all the twelve, to James, to Paul, and to more than 500 others.

He proved beyond all doubt that He was fully and bodily resurrected—never to die again. The resurrection of Jesus changed everything, but more importantly, it changes everyone who still encounters the Risen and Reigning Savior!