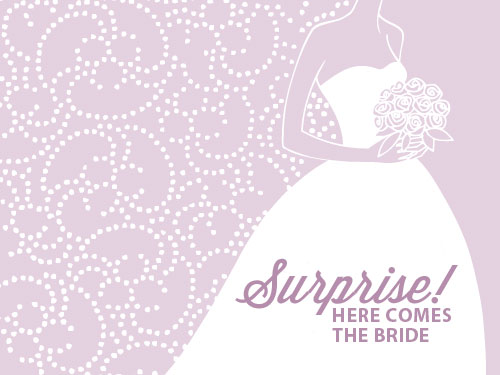 They had enjoyed a good Italian meal. They had visited with friends. They had shown their wedding pictures to each other. Now they were gathered in the auditorium of Oklahoma City, Southern Hills, ready to hear a short message about love and marriage, as wedding music played softly in the background.

As their Senior Adult Minister David Gibson stepped to the platform, he told the members of the church’s senior adult B.A.L.L. (Be Active Live Longer) Club that one of the reasons for the emphasis on their marriages, whether they were widowed or still married, began to take shape when Chick-fil-A owner David Cathey made headlines with his statement on biblical marriage and created a furor in the media.

“We wanted you to celebrate your marriages and share your memories with each other,” said Gibson.

Gibson’s message was really short because there was one other item of business for the evening.

As ushers passed out a 5 1/2 by 8 1/2 sheet of paper with the photo of two of the B.A.L.L. Club members on it, young Addison and Riley Harris, marched in from the back of the auditorium, gently dropping rose petals along the way. They were followed by Laura Tinsley (matron of honor), then the surprise of the night—Lavonne Hagey, 81, and Herb Dickinson, 79, who proceded to the front of the auditorium, which was decorated with columns, candles and white netting.

Stepping forward to perform the surprise wedding ceremony were Bob Ross, a good friend of Dickinson’s and retired president of the Baptist Foundation of Oklahoma, who is also a member of Southern Hills, and Gibson.

Although word had leaked out that the couple was going to be married that night, it was a surprise to most of the congregation.

Dickinson is a former pastor and director of missions in Florida, who retired in Oklahoma City in 2000. Hagey, who was raised in Cordell, was a member of Oklahoma City, Capitol Hill before joining Southern Hills several years ago.

Dickinson, said he and his wife, Jean, who died in January, moved to Oklahoma City because their son, Brian, was minister of music at Oklahoma City, Emmaus. They have two other children living in Texas.

Born in Long Island, New York, Dickinson attended college in Columbia, S.C. and seminary at Southwestern. He served as a pastor in Midland, Texas and Denver, Colo. before moving to Florida, where he served for 25 years, 10 of those as DOM in West Palm Beach. He has done eight transitional interims since moving to Oklahoma, the last at Norman, Hilltop.

Hagey, who has been a widow for seven years, has a pilot’s license, is an artist (painter), makes jewelry and is a student of Indian tribes in Oklahoma.

“We knew of each other, but really didn’t know each other,” said Dickinson. “Then one night, I decided I didn’t want to eat alone, and called Lavonne to see if she would have dinner with me.”

They met at Pioneer Pies and discovered they had a lot in common and many of the same interests.

“The furthermost thing from my mind was marrying again at this age,” admitted Dickinson. “But . . .”

The couple talked about when and where to be married, and suggested to Gibson they might do it after choir practice or during a B.A.L.L. Club event.

“I thought it should be more special than that,” said Gibson. “I had this marriage emphasis on my mind, so I planned the program around marriage and suggested to them it might be fun to have a surprise wedding.”

At the end of the ceremony, a small reception was held, and B.A.L.L. Club members were given a wedding cupcake to take home.

Dickinson and Hagey spent their honeymoon in Branson, Mo.