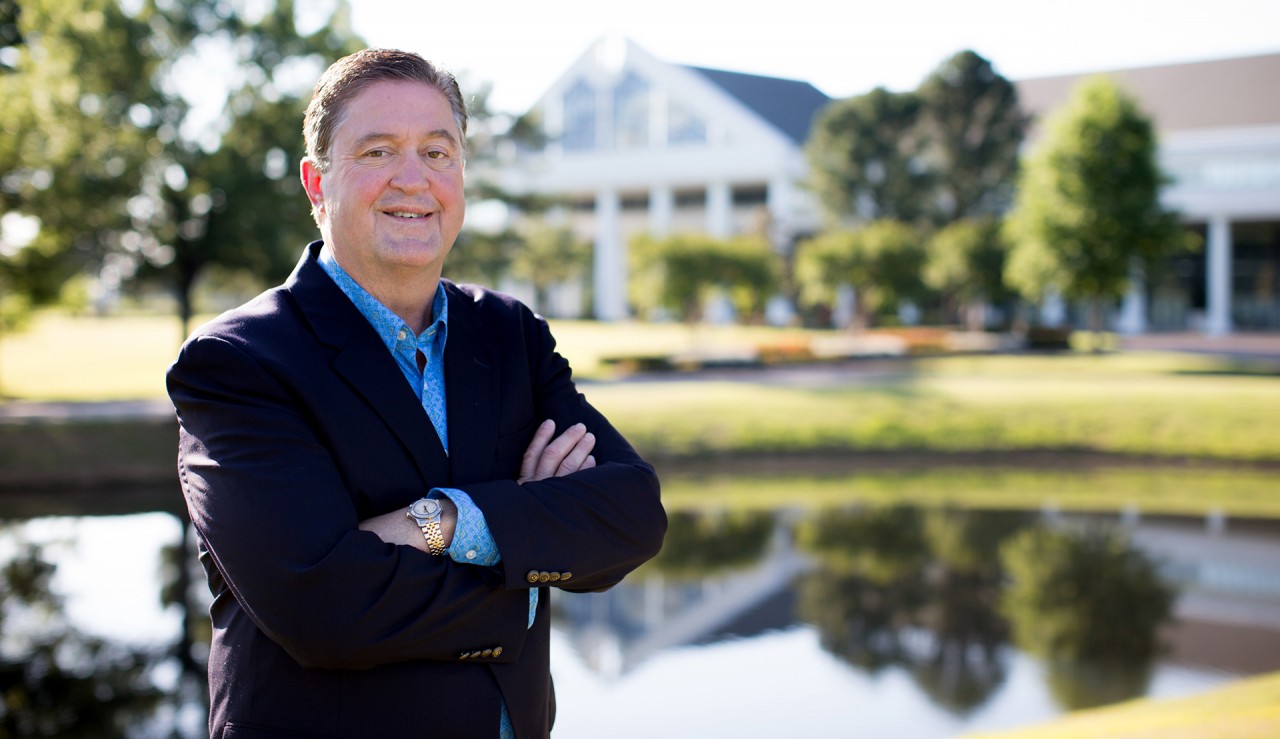 The Baptist Messenger recently sat down with Steve Gaines, pastor of Memphis, Tenn., Bellevue, who is serving as president of the Southern Baptist Convention. Gaines, who is a featured speaker at the 2016 Baptist General Convention of Oklahoma (BGCO) Annual Meeting on Nov. 14-15 at Oklahoma City, Quail Springs, shared thoughts on prayer, social issues, evangelism and more.

Messenger: Dr. Gaines, thank you for the ways you lead among Southern Baptists and for taking time with us today. In 2015, you spoke during the Oklahoma State Evangelism Conference on “A Man and His Prayer Life,” and emphasized man’s powerlessness without prayer. How important would you say that message is for pastors and church leaders today?

Gaines: I think a day without prayer is a wasted day. I think if you’re not going to pray, just stay in the bed. If you don’t pray, if you don’t tap into the power of God, you absolutely waste your day, and you’re not good for much in the Kingdom of God if you don’t talk with God.

I believe in tithing with my money. The first money I give is to the Lord. And I think we need to tithe with our time. We need to give the Lord the first fruits of our time. There’s something about when we seek first the King and the Kingdom, the King blesses it.

Get up in the morning and spend time with God. Jesus had a very busy day in Mark 1. He cast out demons; He taught people; He ate with people; He healed people late into the night; but the Bible says in Mark 1:35, “In the early morning while it was still dark, He arose and went out to a lonely place and was praying there.”

If Jesus needs to pray, then we who are sinners need to talk to God even more. I’m going to take my cues from Jesus. I think prayer is the key to the Christian life. I believe that is the litmus test of where you are spiritually.

A day without prayer is a wasted day, but the good thing about it is anybody can pray if they have been saved. The second they were saved they can talk with God just as soundly as somebody who has been saved for 60 years. That is my main thing that I want to emphasize over the next year or two that I am president of the Southern Baptist Convention. The Southern Baptist Convention needs to become a House of Prayer.

Messenger: What issues in the culture do you think are most pressing for Christians and the church to address?

Gaines: We are going to have to learn that we are not in what I call an ‘Acts 2’ culture anymore. When Peter preached on the day of Pentecost in Jerusalem, he preached to people with a biblical understanding, and 3,000 people got saved right off the bat.

I don’t think we have that kind of culture in America anymore. Many people are biblically illiterate (and I’m not saying that in a demeaning way at all). There’s just not as much knowledge about just the fact that there is a God. There’s so many people who don’t believe in God.

Thinking about personal evangelism, you are not able to start where you used to start. You would assume people believed there is a God, but nowadays, they might not believe in God, so you’ve got to be prepared for that. You’ve got to be prepared to engage in the discipline of apologetics, trying to defend why the Bible is the Word of God, trying to defend the concept of a God.

Sometimes, you need people to become theists before they can become Christians. So it is a different culture. I believe because of the Sexual Revolution people have hard hearts.

They have engaged in very anti-Scriptural sexual immorality. When we raised our children, there was really no cellphones with the ability to have Internet on it. Kids are just bombarded with pornography now, and young boys are getting hooked on it. It destroys something in them.

Those are some of the cultural issues we are dealing with. I think we have to be very loving. I think the churches really need to understand they are going to have to engage in what we refer to at Bellevue as service evangelism. They are going to have to start earning the right, if you will, by serving in areas of the community to have a platform to share the Gospel.

I think we are going to have to start loving when lost people come to our churches. We are going to have to accept them the way they are when they come. We just have to understand the culture we are living in. We can either pull away from it or do what Jesus did and wade out into the masses of hurting, messed-up people and love them and share the Gospel with them and win them to Christ. I believe that’s what Southern Baptists should do.

Messenger: In your time leading up to your election as SBC president, you talked about the importance of emphasizing personal evangelism. Now in your role as SBC president, what are you seeing in this area that encourages you?

Gaines: I’m very encouraged at what is happening at the North American Mission Board. Kevin Ezell is a good friend, and he is emphasizing personal evangelism. He’s putting together, under Joel Sutherland, some great meetings, training pastors in how to share their faith.

At one time, when you talked about soul-winning, you could go out and get EE (Evangelism Explosion) or CWT (Continuous Witness Training) or The Four Spiritual Laws, and you just don’t have those things as much anymore.

Messenger: Thank you, Dr. Gaines. Builidng on your point, the BGCO also is offering evangelism materials through the Connect>1 Evangelism Campaign, through EE and other resources through the state convention. Now, thinking ahead, what are some thoughts and prayers you have as we look forward to the 2017 SBC Annual Meeting in Phoenix, June 13-14?

Gaines: What the Lord has laid on my heart for the last year or so has been spiritual awakening, personal evangelism and prayer, which we’ve already touched on that. But I think we’ve got to talk about stewardship. In the Bible, God tests us with money.

I believe when we give the first fruits of what we’ve earned, and I know people get caught up in tithing being taught in the Old Testament, but I think the New Testament teaches to give at least a tithe if not more.

Jesus even affirmed (tithing) in Matt. 23:23, and I believe the tithe should go to the local church because that’s the storehouse. Beyond that, you need to be generous and to be givers. I believe that every prompting to be generous is from the Holy Spirit.

We cannot follow Jesus without being givers. If we can get Southern Baptists to start tithing and to do finances the way God says do finances, it would revolutionize our churches.

Visit www.baptistmessenger.com/insight to hear the full interview on Messenger Insight.