SQ 792: Does Oklahoma need alcohol to be more convenient?

The proponents advertise things like, “Improves consumer choice and convenience” and “Helps local businesses and creates jobs.” They say it is “Responsible Modernization.”

I spent 28 years in law enforcement and have followed this issue for many years. As a pastor, I have conducted several funeral services for someone who was killed by the effect of alcohol in some form. I know other pastors have seen this tragedy many times.

There is no disputing that this state question would expand alcohol accessibility and sales in Oklahoma. The question is what effect does alcohol have on families and society as a whole and what possible good can come from making such things more convenient and available?

I know they claim it will benefit the merchants and producers and add jobs. I wonder if the cost will be worth sacrifice. Consider this quotation from the Sooner Alcohol Narcotics Education board:

“Too long have we listened to the pious expression from many quarters, ‘Let the preacher stick to his Bible and leave the liquor question to laymen and politicians.’ One has only to examine the Bible to find abundant references condemning the use of alcoholic beverages. In fact, if the preacher is to ‘stick to his Bible,’ preach the whole truth and be fair to the Word of God, he MUST preach against alcohol. There are 627 references to drinking in the Bible. That is more Scripture than will be found on subjects of lying, adultery, swearing, stealing, Sabbath-breaking, cheating, hypocrisy, pride or even blasphemy.”

I hesitate to use statistics. However, I would like to share some facts. These are available through Okla. Dept. of Safety on the internet:

Did you know that America spends more than $249 billion a year treating those with alcoholism? In 2014, 16.3 million youth dealt with alcohol problems, and 88,000 people die from alcohol-related conditions each year.

After looking at these statistics does it make sense to increase alcoholic accessibility in sales in this state?

Beyond the statistics, many of us have a personal story of tragedy related to alcohol. My own brother, after serving almost three years as a pilot in the U.S. Army Air Corps,  was killed just west of Yukon on old highway 66 by a drunk driver on the wrong side of the four-lane divided portion of that road. My brother who also has served his country in the Navy was with him but was not killed.  The man was in a borrowed pickup with no insurance and had four other DUI arrests on this record. Folks, this kind of thing happens far too frequently.

Beyond the story, we think to think about the soul of our nation. America has been in moral decline for several years. The Bible and prayer cannot be as readily available in the schools. There are those who are trying to remove God’s name from our currency; abortion has been legalized in some form or other; marijuana is being legalized across our nation; our religious freedom is being taken away little by little. Same-sex marriage has been authorized by law. This is how Satan works. He is a coward and tries to sneak up on us.

Dear brothers and sisters, we don’t need more availability and convenience to purchase alcohol; we need more of God’s people standing up for what the Bible teaches. I dare say that every family in America has felt the pain of drug addiction and alcoholism at some point in their lives. From Genesis 9:20-26 to I Timothy 3:3,8,11,12 the Word of God has spoken. How often do we think God was speaking to someone else, not me?   We have been silent far too long and many things. We must pray for God’s will to be done, and we must remain faithful to Our God as His people.

It is far past time for God’s people to take a stand and be heard. 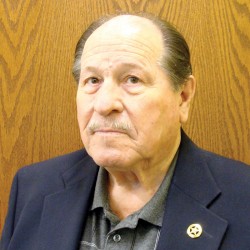 Jerry Ervin is a member of the BGCO Ethics & Religious Liberty Committee.

View all posts by Jerry Ervin