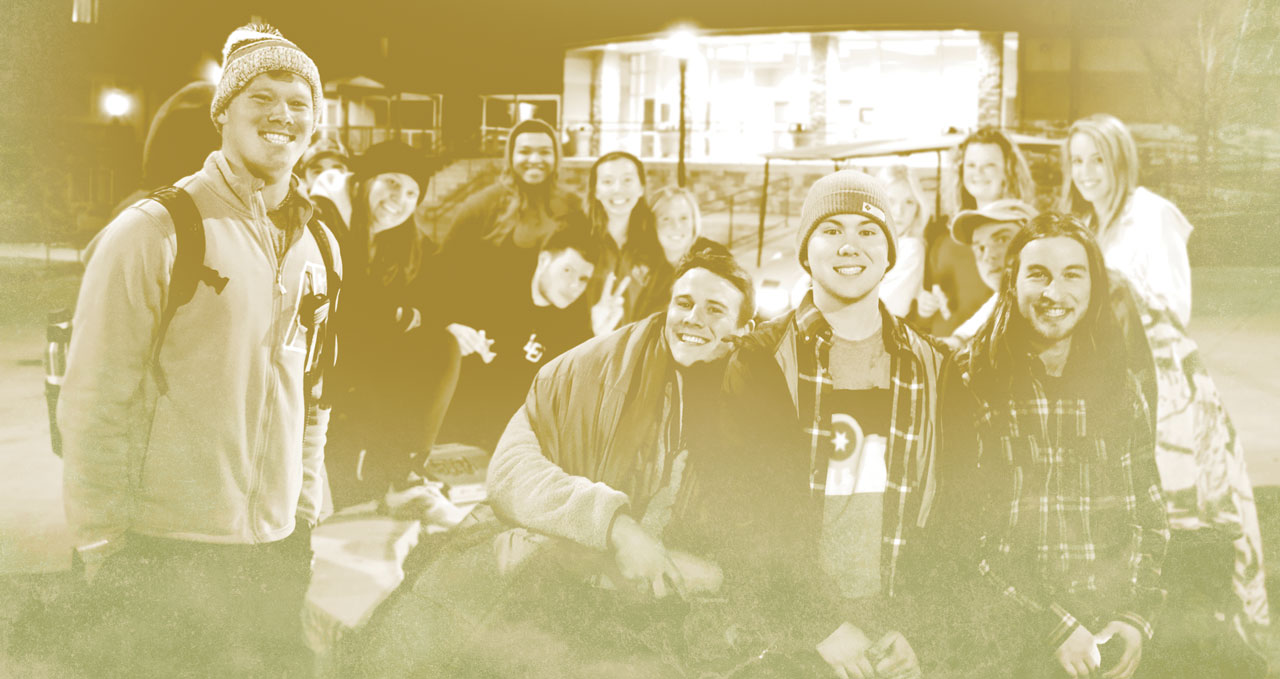 DAVIS—To fortify means to make strong—to strengthen and secure a place, or to give physical or mental strength, courage or endurance to, according to Merriam Webster’s dictionary.

Each spring for the past four years, young adults ages 18-24 have gathered at Falls Creek as many before them have done, to gather together and experience Christ.

Students, young professionals and military personnel are just some vocations that describe the more than 740 who attended from Oklahoma and several different states including Arkansas, Texas and Missouri. 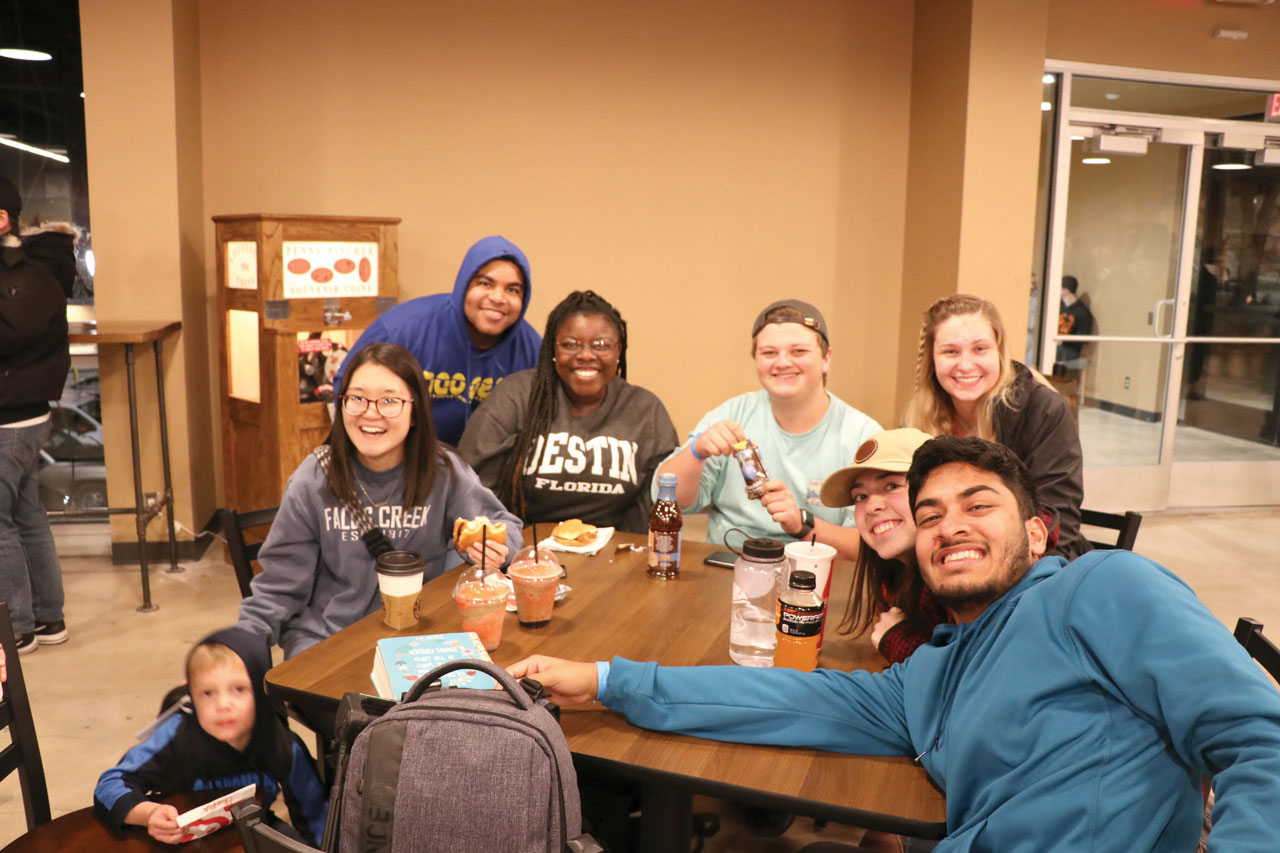 Students gather in the 1917 Cafe after an evening service on the newly completed Centennial Plaza.
Photos: Emily Howsden

The weekend began with cooperate worship, led by Nick Thurmond band, a Falls Creek favorite during summer youth weeks. In addition to the musical worship service, a camper and a sign language interpreter provided a “spoken word” performance.

Vern Cherette, senior pastor at Yukon, Trinity was the featured speaker for the weekend. His opening message on Fri., April 6 was out of the Book of Isaiah chapter 55.

Cherette warned young adults about idolatry in a society that is prone to wonder and worship false idols, much like the classic hymn that reads, “Prone to wonder, Lord I feel it, prone to leave the God I love.”

One thing many who attend Spring Retreat anticipate each year is the ability to connect with students and other young adults from across the state.

Shivam Patel, associate college and youth minister at Edmond, Vintage, said the community aspect of Spring Retreat is a wonderful thing to behold. 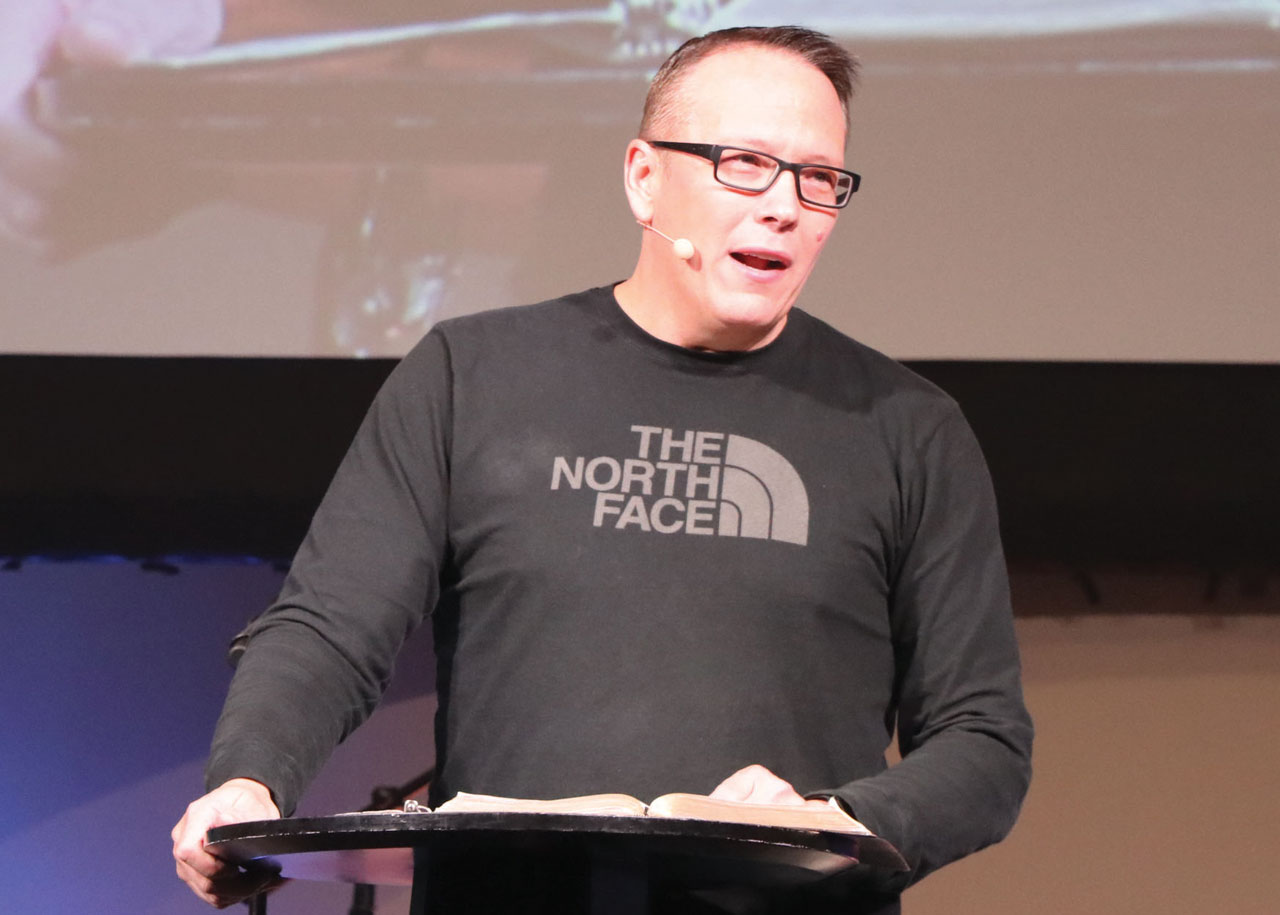 Vern Cherette, pastor at Yukon, Trinity was the featured speaker of Spring Retreat. Cherette taught on casting aside idols and ‘waiting for a camel to come,’ talking about waiting expectantly on the Lord.

Patel and his family moved to the United States when he was 12-years-old. Several years later Patel would convert from his family’s religion, Hinduism, to Christianity.

As a student at the University of Central Oklahoma (UCO) in recent years, Patel attended Spring Retreat with the Baptist Collegiate Ministry (BCM) on campus at UCO. It was at Spring Retreat where Patel was able to connect with a student from another Oklahoma university that had just converted from Hinduism as well.

“The way that we get to interact with people from different churches and different BCMs is awesome and personally impacted me when I attended as a student,” Patel said. “I shared my testimony with her and talked to her about how to deal with her family, and how to be firm in your faith and not let them overpower her relationship with Christ.”

Patel led a breakout session about different worldviews and cultures in other parts of the world, mainly discussing Hinduism, persecution for faith, and he was able to share his testimony.

Other breakout sessions discussed a wide range of topics including: Christians and Military Culture, Root Causes of Money Problems, Transgender to Transformed, Calling All the Called, Building Healthy Dating Relationships and more.

Immediately following the Friday evening session, students were given the opportunity to participate in an international fellowship time in the Wynn Mission Center. International students were encouraged to attend along with students from the United States for a time of discussion and fellowship. 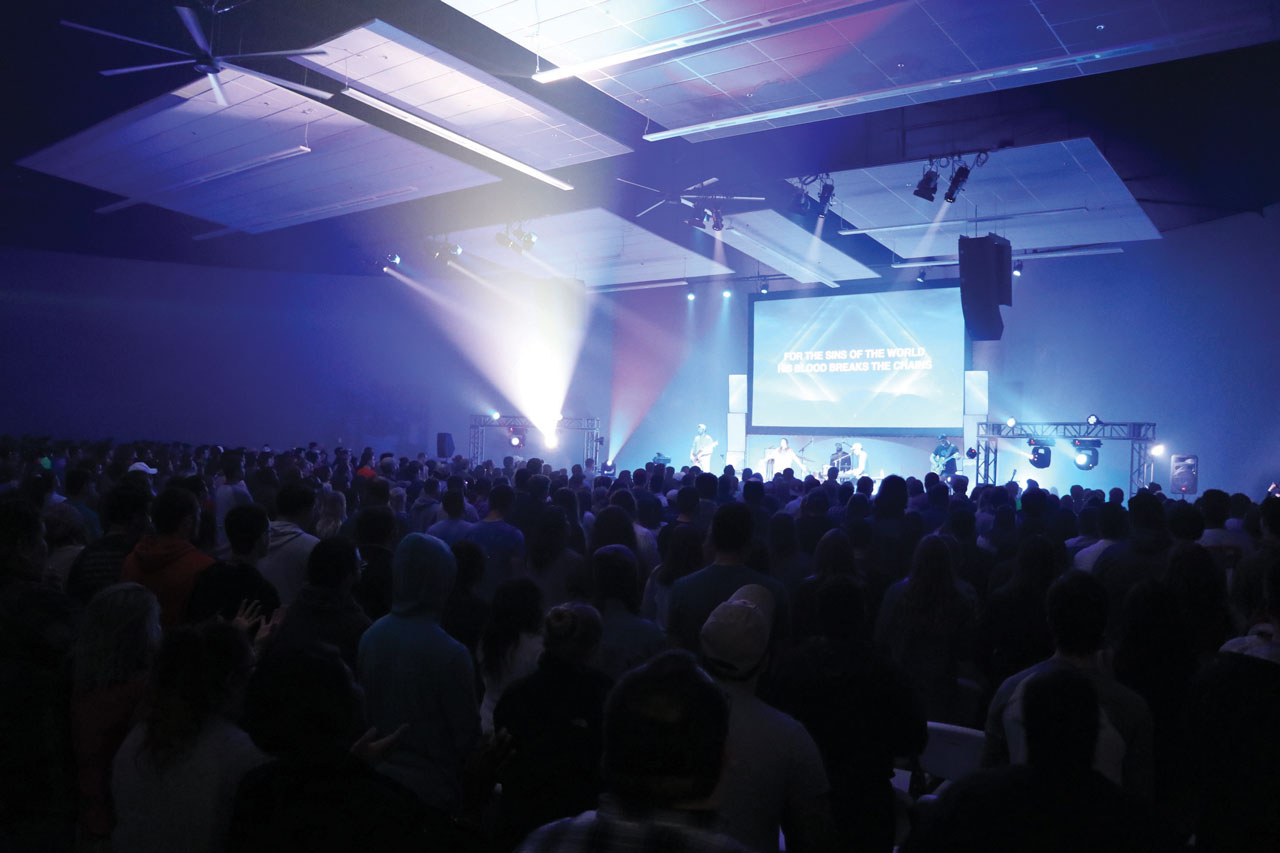 Nick Thurmond band led Spring Retreat in worship for both evening services on Friday and Saturday.

“Most of these young adults have grown up and been a part of big youth ministry events,” said Cris Lowery, BCM and emerging generations specialist at the Baptist General Convention of Oklahoma (BGCO).  “They are used to those kind of things and looking across the room and seeing a lot of people their age excited about following Christ. We have not had that for this age group for a while.

“These students literally represent all of Oklahoma—churches, BCMs, small town, large town—but they are all in the same room, hearing the same thing, so we can move the idea of following Christ forward through this age group.”

On the final evening of Spring Retreat, 18 young adults made either a profession of faith in Christ, surrendered to a call to ministry or surrendered to the mission field. Their decisions were met with spontaneous applause.

Spring Retreat is one of two events yearly that the BGCO hosts for 18-24 year olds. Momentum, which will be Sept. 7 at Oklahoma City, Quail Springs is the other event that Lowery encourages all groups that attend to begin praying for now.

“I absolutely believe this is the generation that has the opportunity to make a huge change in our churches and in our culture so I was excited to have an event that spoke into their life in a positive way,” Lowery said.