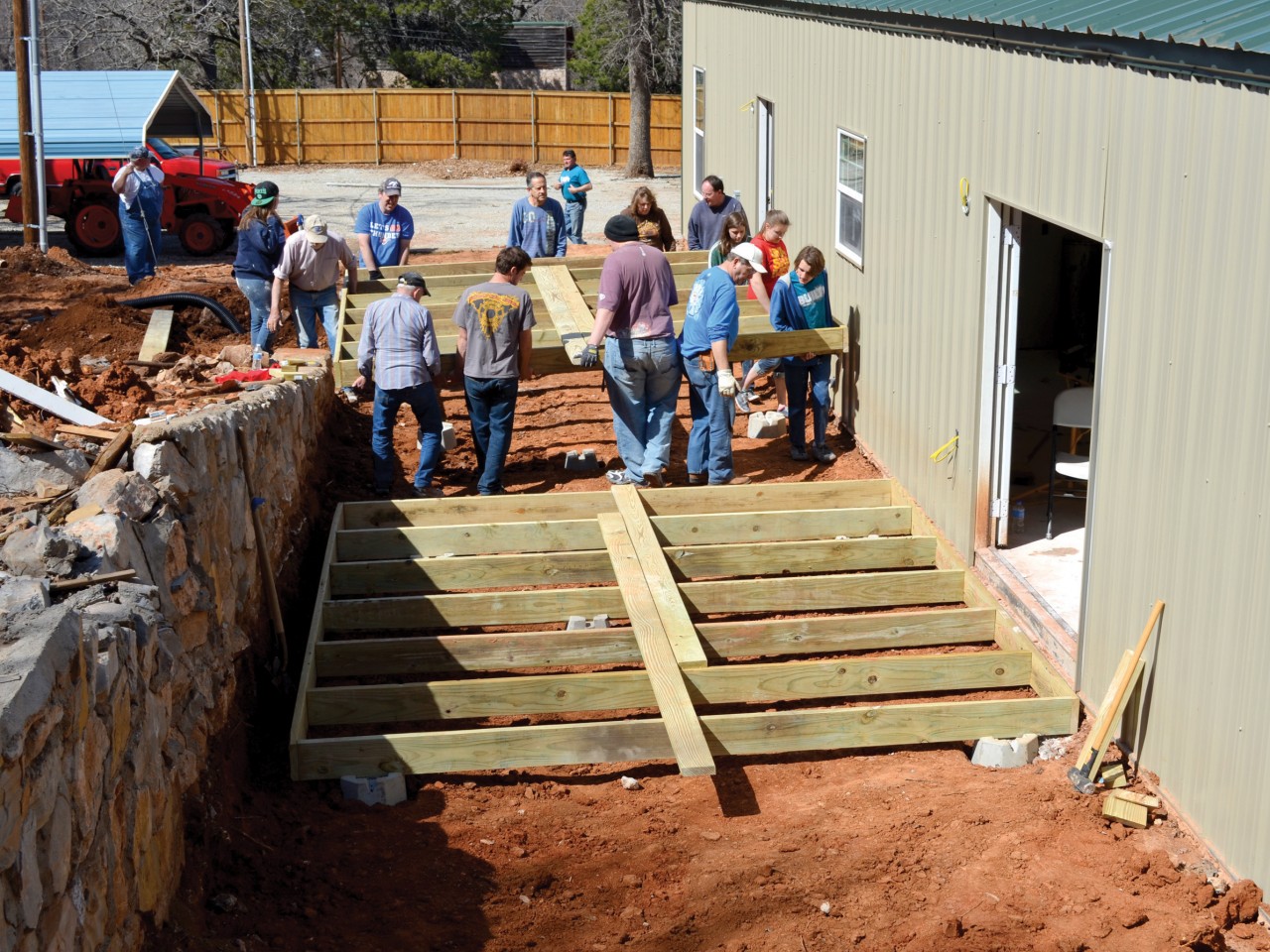 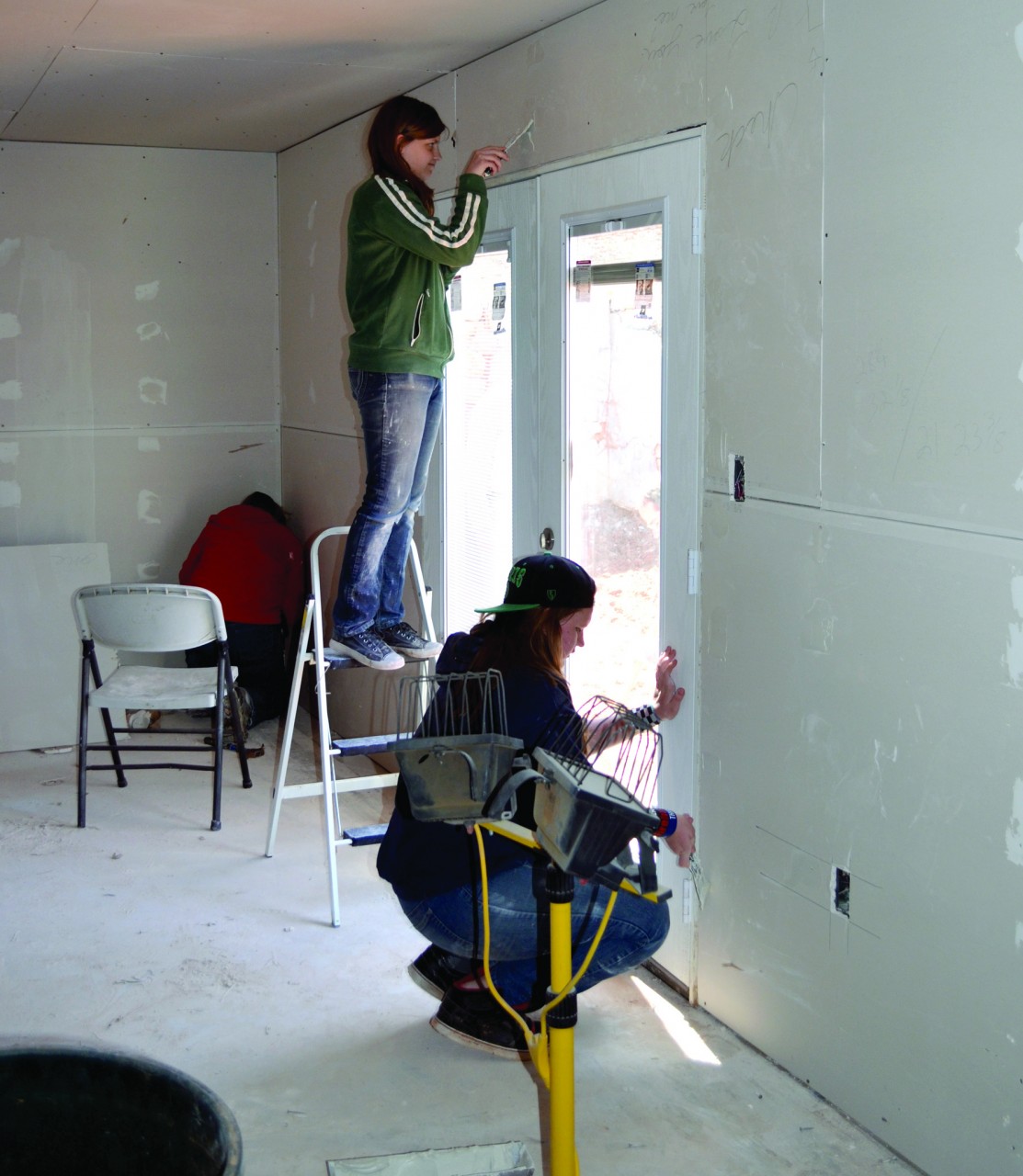 • It was the first day of Spring.

• The weather was nearly perfect as warm sunshine poured down from above.

• The camp was abuzz with the sounds of approximately 100 volunteers giving of themselves to help make either CrossTimbers or Falls Creek look nicer and more functional.

Much of the work focused on the new 2,100-square-foot CrossTimbers office/caretaker’s residence, a 30-foot-by-70-foot, three bedroom, two bath metal structure being built near the camp’s entrance.

The building also will contain two offices and a small workroom, Bauer said, adding that the projected completion date is in early May.

Yates Construction of Davis, is the contractor for the project, Bauer said. 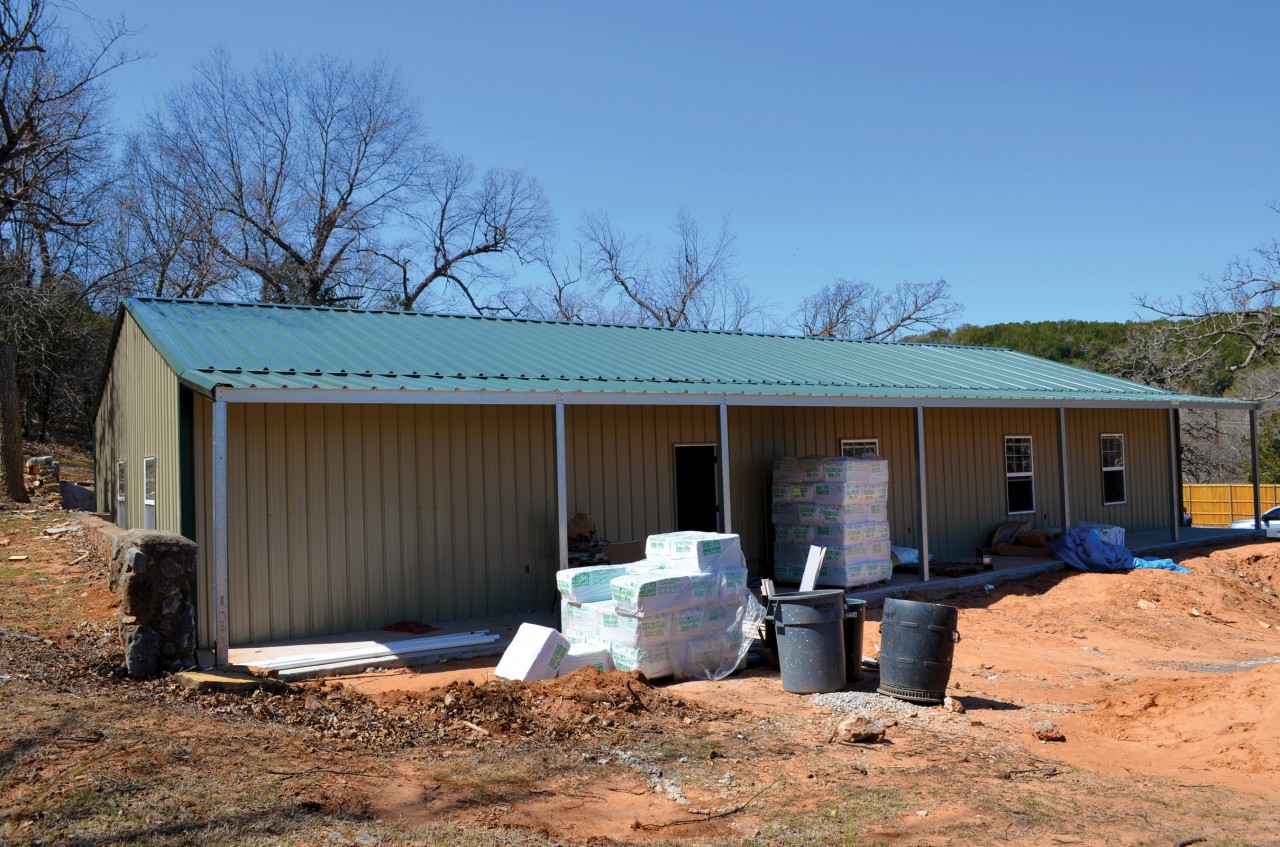 Nicoma Park, First hung sheetrock in the new CrossTimbers facility and built a new deck behind it.