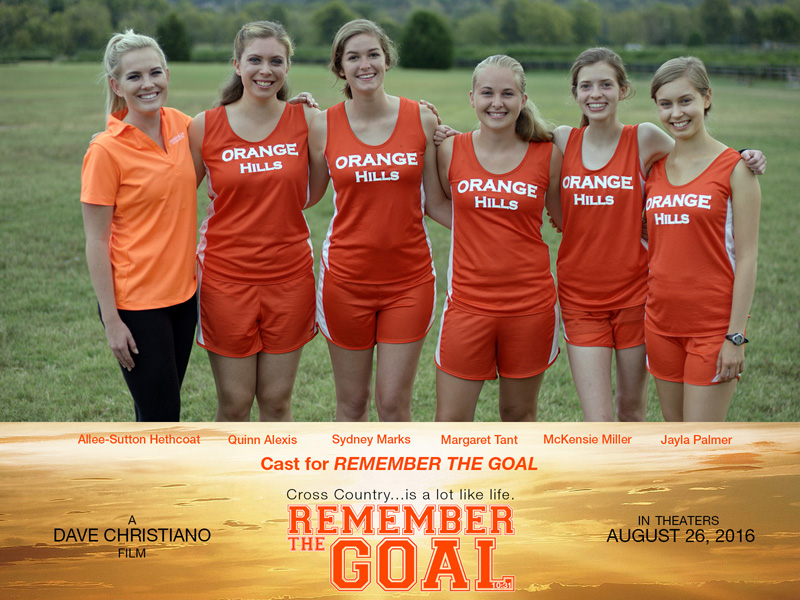 The limited release film highlights 1 Cor. 10:31, exhorting “whatever you do, do all to the glory of God,” and drawing from the personal cross country competition and coaching experiences of Dave Christiano, the movie’s writer, director and producer.

“That one verse alone takes your eyes off self and puts it on the Lord,” Christiano said in a press release. “We hope to start a movement among teens called 10:31.

“I look around and most teenagers are driven by the ungodly movies and music of the day,” Christiano said. “They are plugged into the liberal voices of the media and listening to that wrong voice. The focus needs to change.”

Substance abuse, jealousy, envy, feelings of inferiority, and parent-daughter relationships are spotlighted in the feature about a young woman facing persecution in her first coaching job out of college and in her attempts to garner the school a state title.

“The coach has great wisdom for her young age and she imparts this to the girls covering many situations and issues in the story” said Christiano, a former high school and college runner who coached two high school cross country teams. “The main issues presented in this movie apply to all athletes and all sports.”

The film holds lessons for parents, encouraging them to consider how they communicate with their children, and for coaches of any sport, relaying lessons in leadership, according to FiveAndTwopictures.com.

“Remember the Goal” opens Aug. 26 in more than 100 theaters in the 10 southeastern states of Alabama, Arkansas, Florida, Georgia, Louisiana, Mississippi, North Carolina, South Carolina, Tennessee, and Texas. An opening is also set for Auburn, N.Y., with additional theater venues anticipated in 2017. No releases on DVD, video on demand, television or Netflix are slated.

The film is the 16th film from the twin brothers, producers of “Time Changer,” “A Matter of Faith,” and “The Secrets of Jonathan Sperry.”

More information is available on Remember the Goal’s Facebook page and at FiveAndTwoPictures.com.