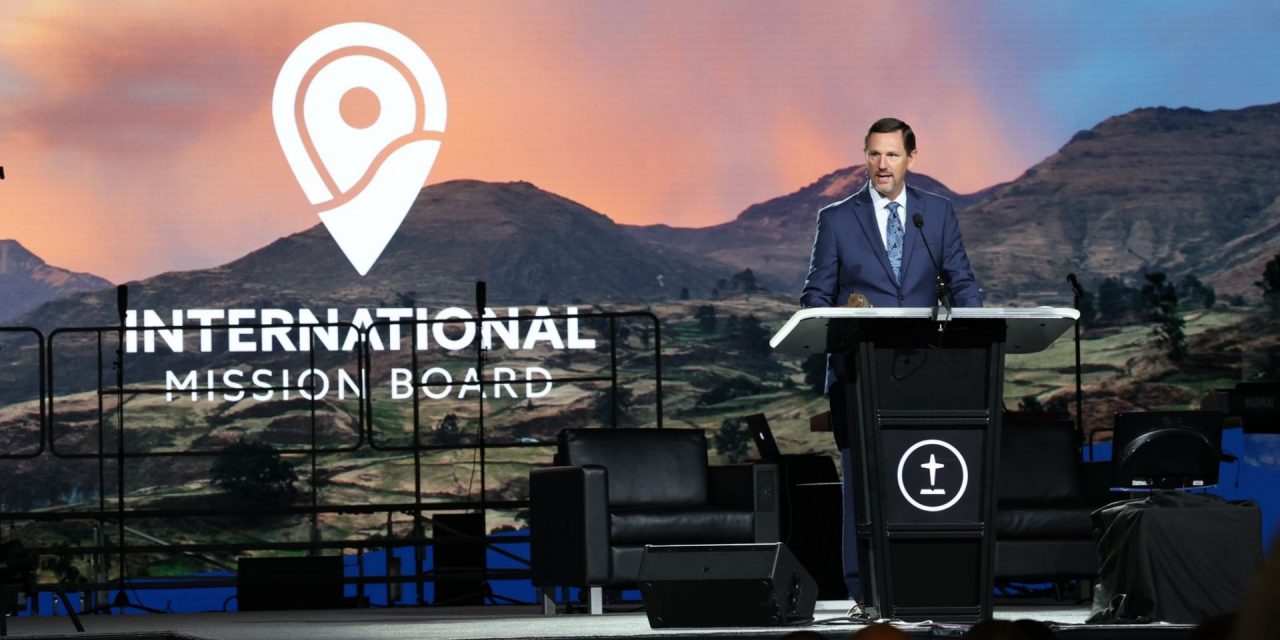 Above: “This is why we came together. This is why we must stay together,” said IMB President Paul Chitwood during the IMB Sending Celebration at the SBC Annual Meeting. 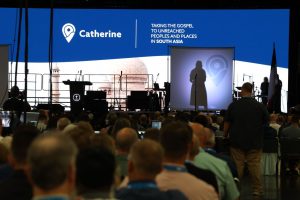 Catherine is one of 52 missionaries who participated in the IMB Sending Celebration. Her identity is protected for security reasons.

There were 52 missionaries recognized during the celebration, IMB Missionaries being sent to areas across the globe including North Africa, the Middle East, Asia, South America, Europe and the Pacific Rim.

“The world’s greatest problem is lostness,” said Paul Chitwood, IMB president. “God has moved us to respond to it with the Gospel.”

Oklahoma Baptists, who are well-known for being a strong missionary sending state in the SBC, expressed gratitude over social media for the Lord after the sending service.

“The IMB sending celebration, where new missionaries are introduced and prayed for, is always an incredibly meaningful and moving moment,” said Todd Fisher, executive director-treasurer for Oklahoma Baptists. “I agree with IMB President Paul Chitwood. ‘This is why we (Southern Baptists) came together, and this is why we must stay together.’”

“The IMB Sending Celebration is always one of my favorite parts of the SBC (Annual Meeting)!” said Pastor Brad Graves of Ada, First.

Rusty McMullen, pastor of McAlester, First echoed those sentiments. “This (missionary sending service) is why I’m here!” he said. “This is one of the primary reasons I am Southern Baptist. This is why I cooperate. This is why I give my time, treasures and talents. I will stand with these brothers and sisters who are the epitome of faithful sacrifice.”

“Who are the heroes at the SBC Meeting?” Jeremy Freeman, pastor of Newcastle, First, asked. “Those who have left all things to go to the ends of the earth! I love the IMB and this part of the convention. May God raise up many more!”

Chitwood highlighted the thousands of unreached, unengaged people groups across the globe and concluded the service in a time of prayer, followed by a choir singing “The Lord Bless You and Keep You.”

To find out more about the IMB and missionary sending efforts, visit imb.org.