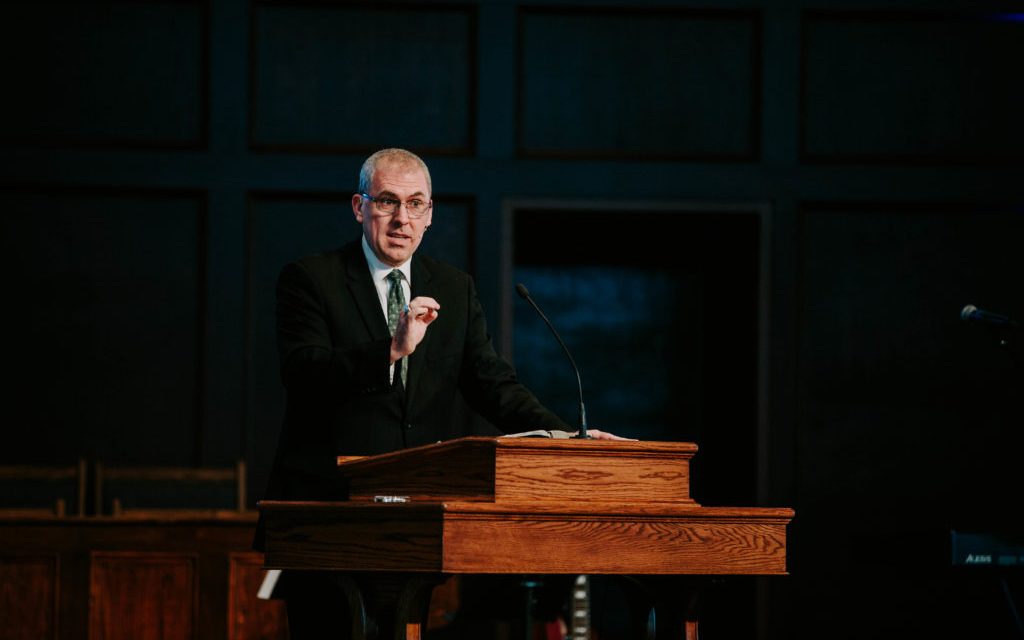 A run-off election is required when a candidate does not garner 50 percent of the vote. In the first election, Barber received 3,258 (47.58 percent) of the 6,847 ballots cast.

Henslee described Barber as a man who can unite, build up and “lead us through the battleground of our disagreements, to the common ground of our cooperation so that we can tell the world about the even ground at the foot of the cross.”

“Bart Barber embodies the best of what it means to be a Southern Baptist,” Henslee said. “He has faithfully and graciously engaged at every level as a champion for Lottie Moon and Annie Armstrong. A staunch supporter of our seminaries, a trusted leader in his local association and state conviction, and passionate protector of religious liberty, tireless defender of the unborn, relentless personal evangelist, faithful prayer warrior, and a steadfast advocate for survivors of sexual abuse.”

Barber, 52, has served as pastor of Farmersville, Texas, First since 1999 as well as in a number of roles in the SBC. He’s the chairman of the 2022 SBC Resolutions Committee and was a member of that committee in 2021.

Barber preached at the 2017 SBC Pastors’ Conference, served as first vice president of the SBC from 2013 through 2014, served on the Southern Baptists of Texas Convention executive board from 2008 through 2014 (including serving as chairman and vice chairman), served as a trustee for Southwestern Seminary (SWBTS) from 2009 through 2019 and on the SBC Committee on Committees in 2008. From 2006 through 2009, he taught as an adjunct professor at SWBTS.

Two other candidates were eliminated after the first round of voting, including a last-minute bid by Georgia pastor and former SBC first vice president Frank Cox of Lawrenceville, Ga., North Metro, and Robin Hadaway, Midwestern Seminary Professor and former International Mission Board missionary.

He succeeds Alabama pastor Ed Litton, who won in a runoff against Georgia pastor Mike Stone during the 2021 SBC Annual Meeting in Nashville, Tenn.

According to Annual Church Profile information, Barber’s church reported 320 in weekly worship attendance in 2021, with $1,189,783 total undesignated receipts and $146,612.26 (12.32 percent) given through the Cooperative Program. The church also gave a total of $218,526.06 in Great Commission Giving and $70,713.80 to Lottie Moon International Missions Christmas Offering for last year.

An Arkansas native, Barber was saved at an early age, called to preach at 11, and preached his first sermon at 15. He has a B.A. from Baylor University, a M. Div from Southwestern Seminary and a Ph.D. in church history, also from SWBTS. He and his wife, Tracy, have two children: Jim, 19, and Sarah, 15, who were adopted.