Soldiers blessed by the sound of music at Christmas: OKC, Southern Hills’ senior adult choir sings for troops at sendoff 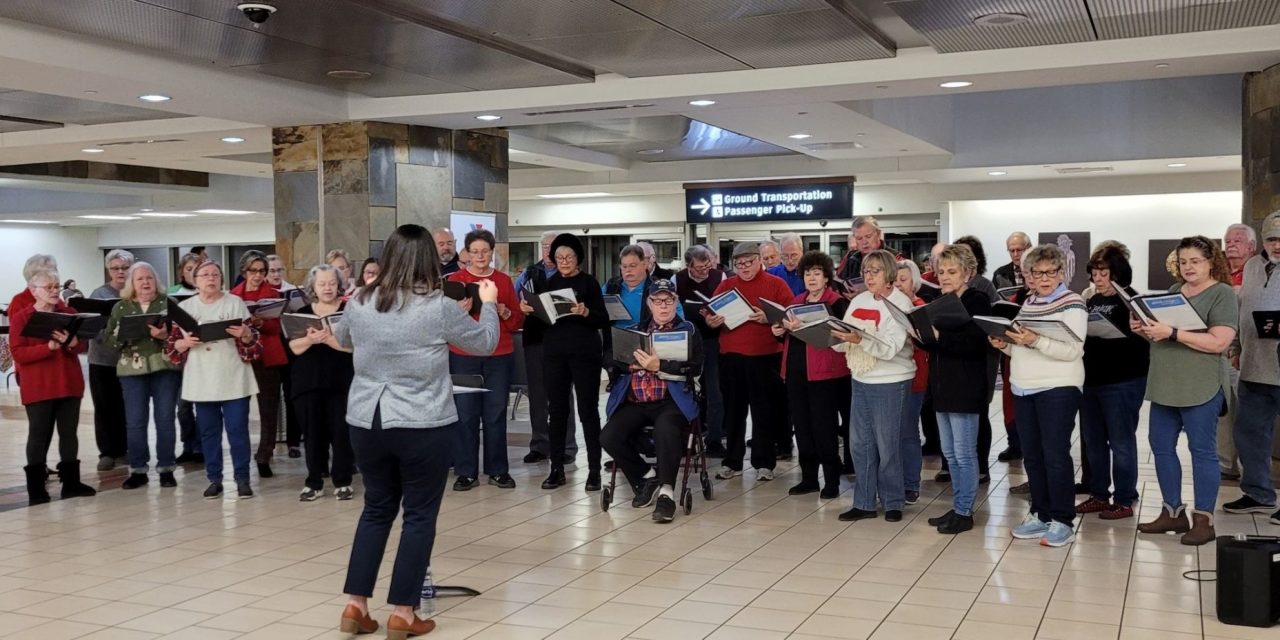 Oklahoma City, Southern Hills is alive with the sound of music, as their senior adult Jubilee Singers choir continues to minister to people through the avenue of music. 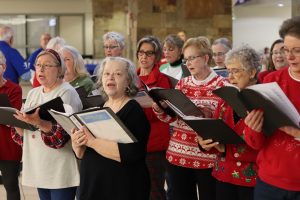 Originally scheduled to sing at midnight, the Jubilee Singers endured a lengthy delay to sing to troops flying home for Christmas.

The 80-member choir, led by director and Southern Hills member Marti Reavis, often performs in concert, including traveling to care centers, veterans’ centers and churches across the state.

This December, the singing group had a unique opportunity to bless U.S. soldiers who have been in basic training at Fort Sill and were traveling home for the holidays at Christmas time.

In the late-night hours of Dec. 15, the choir loaded up in a charter bus and headed to Will Rogers World Airport, where more than 400 troops would be leaving town. 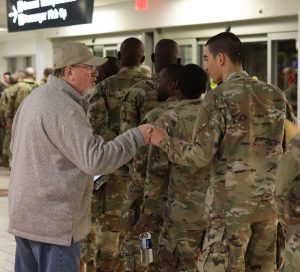 Choir members expressed their appreciation for the soldiers serving the U.S.

The choral group was prepared to sing Christmas carols and songs, as well as give the troops a Bible gift.

“This was such a great opportunity to bless these troops,” Reavis said. “The time we were to sing was delayed, and we ended up waiting for them. But this dedicated group of singers stuck it out.”

The choir group, which had 50 singers in attendance, eventually sang around 2:30 a.m. to the troops. The choral opportunity came from a connection with the YMCA, which operates a military care center at Will Rogers.

“It all went well, and we had several good conversations,” said Reavis, who has been director of Jubilee for about two years. “We were even invited back for next year,”

The Jubilee Singers have performed for the International Mission Board and at the Museum of the Bible in Washington, D.C.

Reavis said the Jubilee Singers is an active group of choir members, with a median age of 70.

“Last October, we travelled to Washington, D.C., where we sang at the Museum of the Bible,” she said. “We also were able to connect with missionaries at the International Mission Board and even sang at their Chapel service at the IMB.”

Whether singing at a church service in Oklahoma, or to people in the nation’s capital, or to troops travelling during the holidays, the Jubilee Singers are bringing the sound of music and the joy of Christ to people everywhere they go.