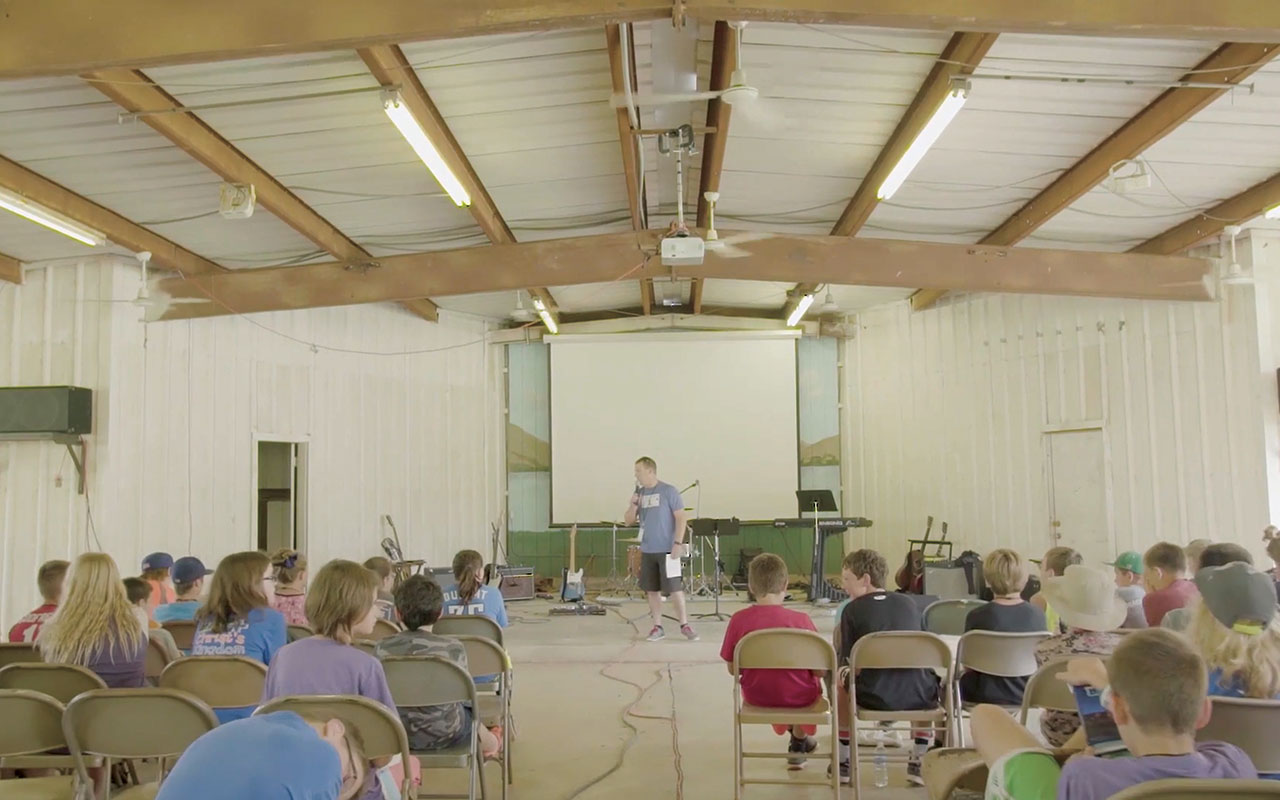 Surrounded by the Quartz Mountains near Altus sits Southwest Baptist Assembly (SBA). One of the videos promoting the 2016 State Missions Offering (SMO) pans across this hillside above the associational camp that is one of 11 such encampments that SMO supports.

Stefan Valdez, student pastor at Sayre, First, shares in the video about attending an SBA camp for the first time when he was 9 or 10 years old.

“I can remember a lot of that time spent there is really what helped instill in me a need for God in my life,” said Valdez. “That has played a very big role in me coming to know the Lord. My experience there at the campground really began to shape who God wanted me to be.”

Now, Valdez is helping other young people in Western Oklahoma come to know the Lord, grow in their faith and seek after God’s call in their lives.

“One of the things that pulls on my heartstrings when it comes to the students here in Western Oklahoma is that they need men and women to invest in their lives,” he said.

In the video, Danny Ringer, director of missions in Beckham-Mills Association, talks about the importance associational camps have, that work along with the Oklahoma Baptist summer camps, CrossTimbers and Falls Creek children’s camp. He says the distance to those camps, located outside of Davis, can be far for children to attend.

“That’s four and a half hours away from Western Oklahoma,” said Ringer about Falls Creek and CrossTimbers. “That’s a long ways for a third and fourth grader to be away from their parents.”

Ringer also emphasizes how SBA has an impact on others in the area.

“Just like going overseas in a foreign mission field, you have a mission field right here in Southwest Oklahoma,” he said.

The focus provided on missions at SBA, Ringer mentions, as well as at other associational camps, is a benefit for Oklahoma Baptist work.

“We have a missions class. We have missions testimonies. We do mission education, and we stress missions,” Ringer said. “The next church planter, the next international board missionary could very well be from Southwest Baptist Assembly.”

Valdez appreciates those who made it possible for him to attend SBA as a young boy.

“Had it not been for very loving people who sent me to camp, I probably may not have had the same route and be in the same place that I am today,” he said.

Ringer concludes the video saying, “God has always had His hand on Southwest Baptist Assembly because of what Oklahoma Baptists have given, and because of that,  we’ve seen hundreds of children every year come to Christ as their Savior through this camp.”

This is one of four videos available for churches to share with their congregations. Visit www.StateMissionsOk.org to see all videos, as well as other offering resources for churches.