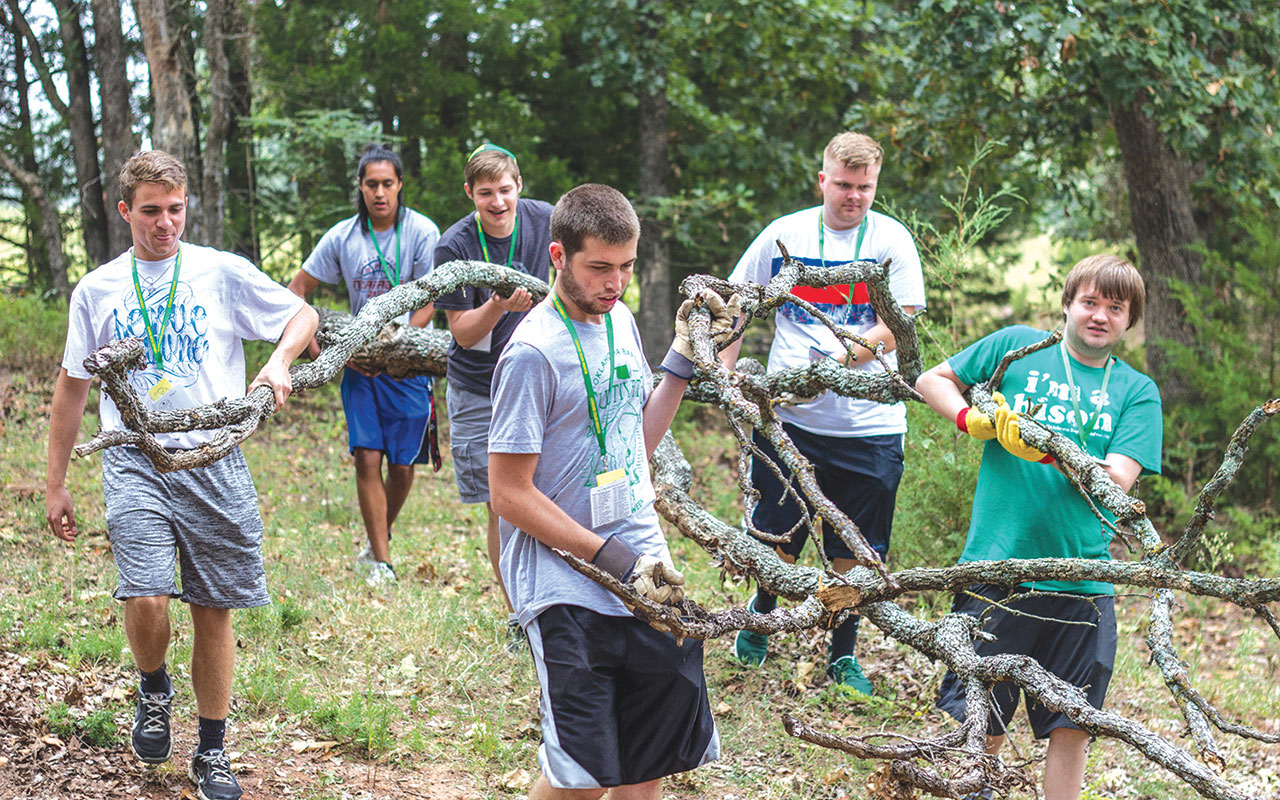 SHAWNEE—A group of 418 students from Oklahoma Baptist University (OBU) took to the streets of Shawnee Mon., Aug. 22, to serve the community through numerous projects as part of OBU’s annual “Serve Shawnee” event.

Serve Shawnee began in 2001 to show OBU students they can make an important difference in their community. Each new class of students, including both freshman and transfer students, goes out for three hours to different locations around Shawnee. They are led by upperclassmen and staff members, as they participate in a variety of projects including picking up trash, painting, cleaning, pulling weeds at local care facilities and schools, and much more.

The Serve Shawnee project is part of Welcome Week, a time devoted to making new friends, learning OBU traditions and participating in fun activities during the lead-up to classes. Students meet in small groups, participate in community service projects, compete in “Ka-Rip Wars” as they learn the school yell and participate in The Walk, as they officially join the Bison family.

For more information on OBU or Welcome Week, visit www.okbu.edu.

With campuses in Shawnee and Oklahoma City, OBU offers 10 bachelor’s degrees with 88 fields of study and five master’s degree programs. The Christian liberal arts university has an overall enrollment of 1,986, with students from 40 states and 35 other countries. OBU has been rated as one of the top 10 regional colleges in the West by U.S. News and World Report for 24 consecutive years and has been Oklahoma’s highest rated regional college in the U.S. News rankings for 22 consecutive years. Forbes.com consistently ranks OBU as a top university in Oklahoma and the Princeton Review has named OBU one of the best colleges and universities in the western United States for 11 consecutive years.