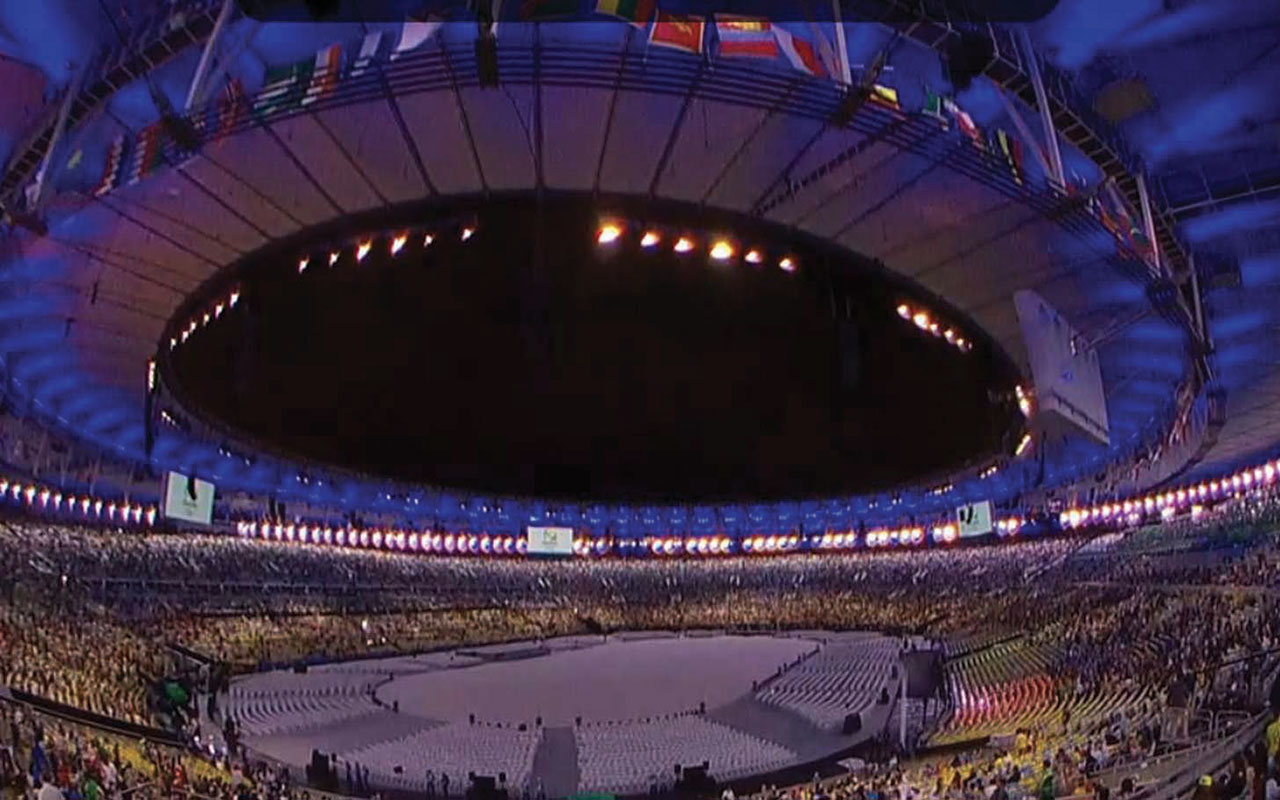 RIO DE JAINEIRO (BP)—The images and memories of the 2016 Olympics will endure for much longer than the torch’s flame.

Simone Biles racking up five medals (four gold) in gymnastics. Usain Bolt running away from every challenger. Katie Ledecky doing the same thing in the pool. Michael Phelps further establishing himself as the greatest Olympian ever.

Several athletes who are professing Christians joined in the medal haul. Helen Maroulis won the first gold medal ever for the United States in women’s wrestling, and said that throughout her competition she repeated to herself, “Christ in me, I am enough.”

“I think God taught me that wrestling is a tool that He’s using to shape my character. It’s not something that I need,” she told Baptist Press prior to her competition. “I love what I do, but with every little step of the way, God’s showing me something, teaching me, challenging me in some way.”

After winning silver in the men’s synchronized 10-meter platform event, U.S. divers Steele Johnson and David Boudia both told NBC that their faith played a large role in how they approached their competition.

“When my mind is on this and thinking that I’m defined by this, my mind goes crazy,” Boudia said. “But we do have to know that our identity’s in Christ. We’re thankful for this opportunity to be able to dive in front of Brazil and for the United States. It’s been an absolutely thrilling moment for us.”

But perhaps more compelling than the success stories and those who profess their faith in times of abundance were the stories about believers whose faith in God was evident even in the midst of failure.

Take Missy Franklin, for example. The darling of the 2012 Olympics in London where she won five medals, including four golds, Franklin didn’t come close to replicating that in Rio. She won gold as part of the women’s 4×200-meter freestyle relay, but she only swam in the preliminary heat and wasn’t part of the team in the finals.

In her other two events—the only ones she qualified for after a disappointing performance in the Olympic trials—she didn’t even make the finals. She said her competition in Rio was the hardest week of her life, and she was relieved when it was over.

“I am just trusting that God has a plan and a purpose and is going to make something beautiful out of this even though I wish I could ask Him what that is going to be right now,” she said.

Then in what may have been the most poignant example of sportsmanship in the entire Olympics, American Abbey D’Agostino collided with New Zealand’s Nikki Hamblin in the women’s 5,000 meters. After both fell to the track, D’Agostino helped Hamblin up and encouraged her to keep going.

A few moments later, Hamblin returned the favor when D’Agostino, who tore her ACL in the fall, was struggling to stay in the race. D’Agostino ended up running a mile on her severely injured knee and finished the race, hugging Hamblin at the finish line.

“The thing about that moment was everything happened so fast,” D’Agostino said on the Today show. “And it’s just, all I know is I got up and my first instinct was ‘OK, turn around, we gotta finish this.’”

Allyson Felix finished the Olympics as the most decorated woman in U.S. track and field history. She summarized on Twitter what many Christian athletes can embrace—in either success or failure.

“When you feel broken. When you have nothing left to give. Remain faithful,” Felix wrote. “Keep fighting. Joy comes in the morning.”