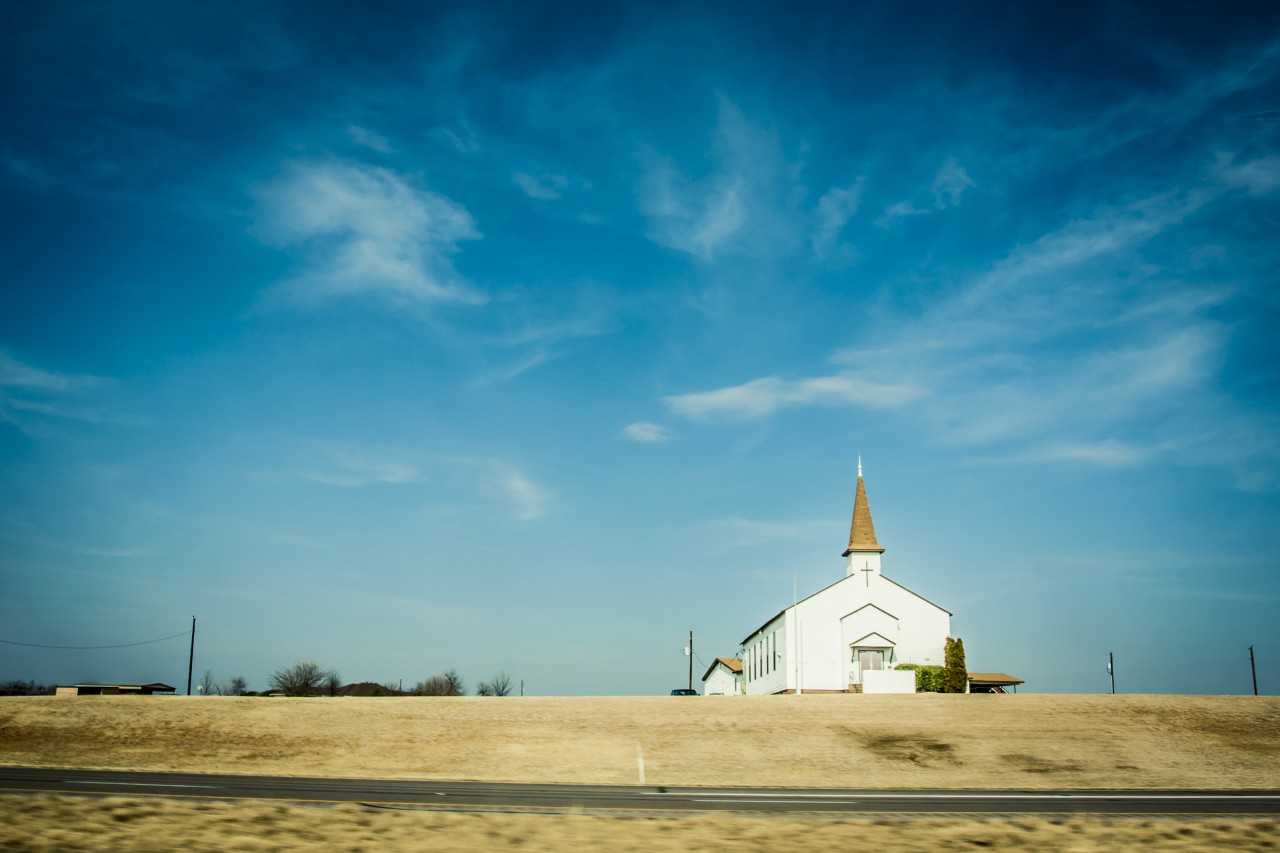 In many congregations in the United States, new faces in the pews have become rare.

A new study from Exponential by LifeWay Research found 6 in 10 Protestant churches are plateaued or declining in attendance and more than half saw fewer than 10 people become new Christians in the past 12 months. 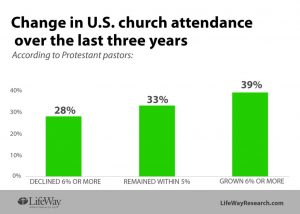 “Growth is not absent from American churches,” said Scott McConnell, executive director of LifeWay Research. “But rapid growth through conversions is uncommon.”

The research gives a clear picture of the state of Protestant churches in America today. Most have fewer than 100 people attending services each Sunday (57 percent), including 21 percent who average fewer than 50. Around 1 in 10 churches (11 percent) average 250 or more for their worship services.

Three in 5 (61 percent) pastors say their churches faced a decline in worship attendance or growth of 5 percent or less in the last three years. Almost half (46 percent) say their giving decreased or stayed the same from 2017 to 2018.

More than 2 in 5 churches (44 percent) only have one or fewer full-time staff members. Close to 9 in 10 pastors (87 percent) say their church had the same or fewer number of full-time staff in 2018 as they had in 2017, including 7 percent who cut staff.

In 2018, few churches added new multi-site campuses (3 percent) or were involved in some form of planting a new church (32 percent). Sixty-eight percent say they had no involvement in church planting. Around 1 in 10 (12 percent) say they were directly or substantially involved in opening a new church in 2018, including 7 percent who were a primary financial sponsor or provided ongoing financial support to a church plant.

“The primary purpose of this study was to obtain a set of objective measures on churches’ reproduction and multiplication behaviors today as well as to understand their core context of growth,” said Todd Wilson, chief executive officer of Exponential. “By combining these measures, we can help churches think about multiplication.”

Twenty-eight percent of Protestant pastors say their church has seen worship service attendance shrink by 6 percent or more compared to three years ago.

More than half of 18- to 44-year old pastors (55 percent) say their church is growing, while 33 percent of pastors 45 and older say the same.

Evangelical churches are more likely to be growing (42 percent) than their mainline counterparts (34 percent).

Among denominations, Holiness (56 percent) and Baptist (45 percent) pastors are more likely to say their churches are growing than Methodists (33 percent) and Lutherans (25 percent).

The lack of growth in worship attendance in most churches is matched by a lack of new commitments to Christ last year.

Fifty-four percent of pastors say fewer than 10 people indicated a new commitment to Jesus Christ as Savior in 2018, including eight percent who had none.

Forty-six percent of smaller churches (fewer than 50 in worship services) say they had 10 conversions or more for every 100 in attendance, while only 18 percent of churches 250 and above meet that benchmark.

While there are no major differences between evangelical and mainline churches in terms of new converts, denominational differences do exist.

A majority of Pentecostal pastors (57 percent) say they saw 10 or more new commitments to Christ in their church last year per 100 attendees. The next closest denominations are Lutherans (39 percent), Holiness (38 percent) and Baptists (35 percent).

“Much work has been done to go deeper on measuring church health,” said McConnell. “But it is still helpful to look at the observable factors of ‘noses, nickels and new commitments.’ Strategies, programs and rules-of-thumb work differently depending on the trajectory of a church.”