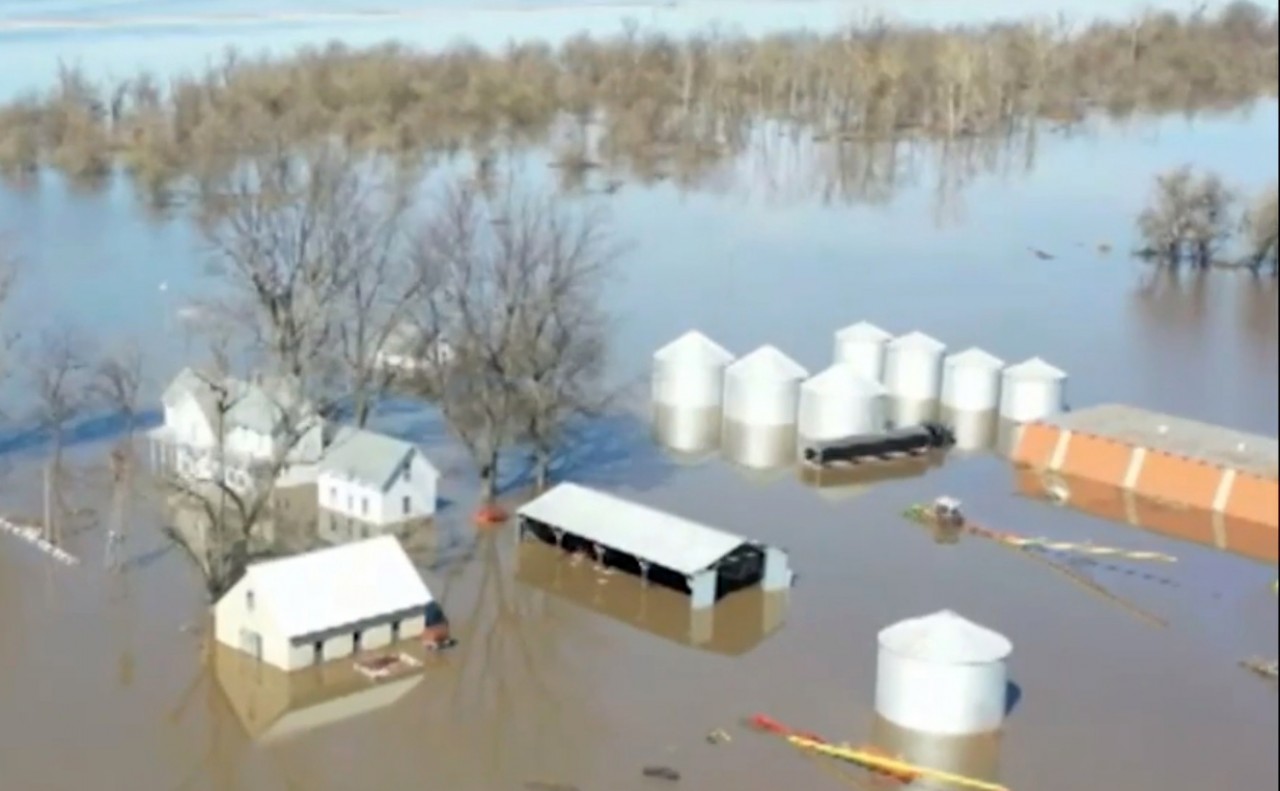 OMAHA, Neb. (BP) — Southern Baptist Disaster Relief (SBDR) leaders have established several sites in the Midwest to respond to historic flooding that has created at least $3 billion in damages in recent weeks.

“As soon as I got in the airplane and flew back home,” said Sam Porter, national director of disaster relief with the North American Mission Board (NAMB), “it was stunning to see the farmland that still has floodwater on it. The river is back within its banks, but the land is so flat that there is still water trapped within thousands of acres.”

Porter traveled in and around Nebraska for several days as state SBDR leaders organized and formed their strategy. So far, SBDR has five sites that are operational with the expectation that more will be needed in the near future.

“There were record levels of snowfall in Minnesota and Wisconsin, and much of that has yet to thaw,” explained Porter. “The lakes in Minnesota are also still frozen. So, we’re expecting further flooding of the region.

“We are far from being close to finished with this flood.”

Whether from the runoff from melting snow or expected rainfall, Porter anticipates that Southern Baptists will need to broaden the scope of the response. Volunteers need to “stay tuned,” he said, and churches need to continue praying for the region.

SBDR has assessed homes in Nebraska and Kansas and have identified more than 2,000 flood-affected homes, and SBDR leadership expects a long deployment to provide relief for as many of those homeowners as possible.

Volunteers in Iowa have begun the “mud-out” process of removing muck, damaged furniture and storm debris that has filled homes, cleaning roughly 20 homes in Sioux City.

“We’re trying to put boots on the ground physically to help mud out homes,” Porter said, “but we’re also trying to help out by teaching others how to clean out homes and fight the mold that will result from the flooding.”

In northern Missouri, Southern Baptist chaplains have been providing emotional and spiritual support for families as they waited for floodwater to recede before they could go back to their homes.

“I get to see the Cooperative Program in action with our SBDR teams doing what it takes to help serve one another in the midst of disasters like these,” Porter added in reference to Southern Baptist cooperative ministry.

The North American Mission Board is responsible for coordinating national responses by Southern Baptist Disaster Relief, which is one of the three largest providers of disaster relief volunteers in the United States.

NAMB coordinates partnerships among 42 Baptist conventions that operate in all 50 states to gather volunteers and respond to disasters, including providing hot meals, chainsaw and mud-out relief work following natural disasters.