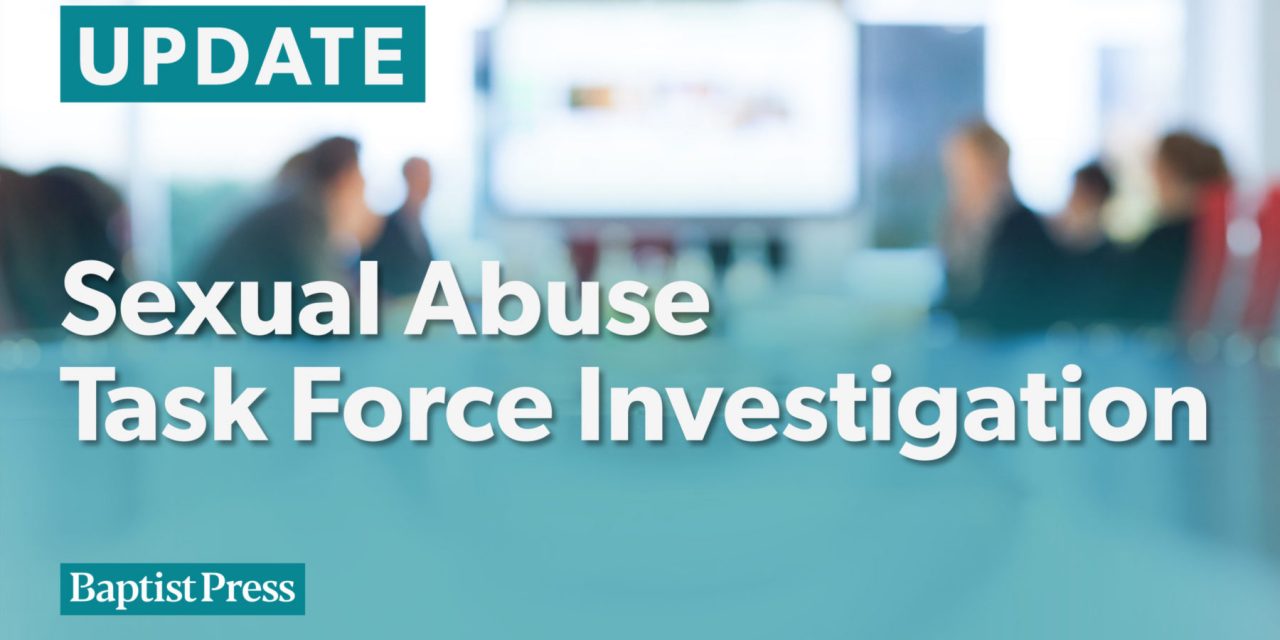 NASHVILLE, Tenn. (BP)—Changes to the recommendations that Sexual Abuse Task Force (SATF) members will present to messengers at next week’s Southern Baptist Convention (SBC) annual meeting will address the nature of third-party investigations at the church level, including funding and action toward churches that refuse to respond to an accusation.

The changes came after hearing from Southern Baptists in the days following the initial presentation of the recommendations, said SATF Chair Bruce Frank in a video on June 8.

“We are super grateful to receive valuable feedback from pastors to entity heads to lay leaders,” he said. “Your task force has been hard at work to take that feedback and use it to strengthen our recommendations.”

The changes were made to clarify questions and concerns around funding and polity, Frank said. “The goal of all the recommendations is to help churches and entities make wise decisions for the glory of God and the good of people.”

A $4 million gift through Send Relief—rather than Cooperative Program dollars—will fund the reforms in the first year. In addition to the development, three key changes address future third-party investigations.

One clarification is that those investigations will be launched by the local church or other Baptist body, rather than giving the impression of a top-down approach. Churches or groups requiring financial assistance to hire an outside firm will be able to apply for grants that will be limited to funding.

The changes also note the potential situation where an abuse survivor requests a third-party investigation but a church or Baptist body refuses to cooperate. That can result in the church being submitted to the Credentials Committee for consideration of disfellowshipping.

At one point in the interview with Jennifer Rash, editor of The Alabama Baptist (TAB), the group discussed the term “credibly accused” and how a third-party investigation would arrive at that determination of an individual.

“That ‘credibly accused’ standard is the one that’s used in our civil courts,” Hebert said. “That is a higher standard, by the way, than what Guidepost recommended. Our task force listened to Guidepost but then made our own recommendation that increased the standard to what is called the ‘preponderance of evidence,’ which is a civil court standard.”

“Multiple levels” of assessment and review on the Ministry Check website as well as through the Credentials Committee, not to mention an appeals process, would make it extremely difficult for a false accusation to get through, he said.

With the Send Relief funding set through the first year, the Executive Committee will gather this fall to assess future funding, Blalock said. “We’ll know a little bit more then about the actual cost and these kind of things.”

Blalock also spoke to the controversy of Guidepost’s tweet in support of gay pride, how it could impact its report and the way it can shape a future working relationship with the SBC.

He was complimentary of Guidepost’s work and the individuals assigned to the SATF.

“They understood what we were about as Southern Baptists,” he said, adding that those individuals were Christians and Baptists. A sub-contracted group, he shared, was made up of members of a Southern Baptist church in Chattanooga.

“They were invested in our goal. They don’t hold to our worldview as a company, but the people they assigned to us were folks who we believed would do a good job.”

Expressing disappointment at the tweet, Blalock stood by Guidepost’s work and the responsibility of Southern Baptists to respond to it.

“The report they gave us is credible. We don’t think that tweet does harm to what they gave us. At the same time, we don’t have confidence to recommend them in the future at this point.”