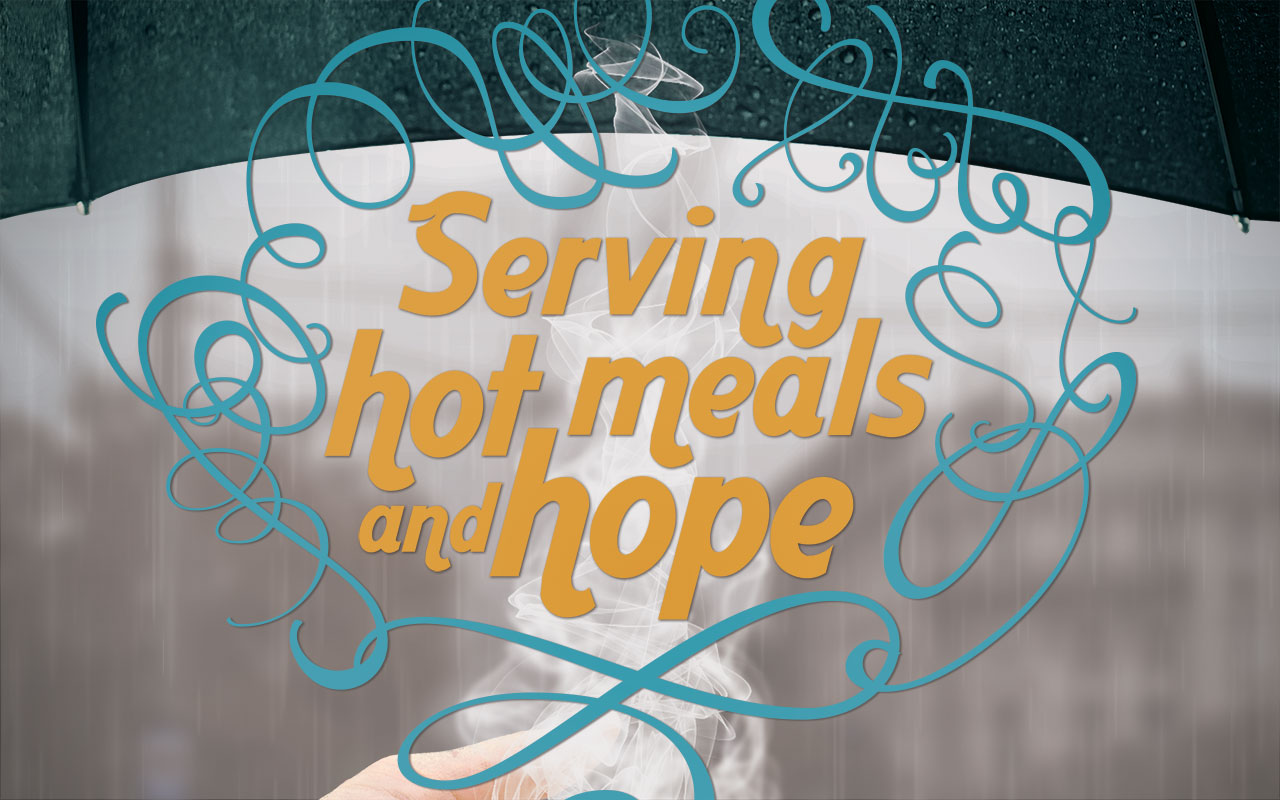 >> by Staff and Wire Reports

BATON ROUGE, La.—Disaster Relief (DR) volunteers from Oklahoma had helped to prepare more than 70,000 hot meals as of press time Aug. 25 in this flood-ravaged city in Central Louisiana.

Arriving on Aug. 19 to respond to flooding which had claimed 13 lives since early Saturday morning, Aug. 13 after 48 hours of record rainfall, the Oklahomans are working hand-in-hand with local volunteers to feed victims of a deluge which left a line of damage that began in Hammond, La., and extended 160 miles west toward the Texas border.

The DR crews are battling scorching temperatures, soaring humidity and daily downpours of rainfall as they work in the Baptist General Convention of Oklahoma  (BGCO) mobile kitchen set up at Baton Rouge, Istruma on the east side of the city. 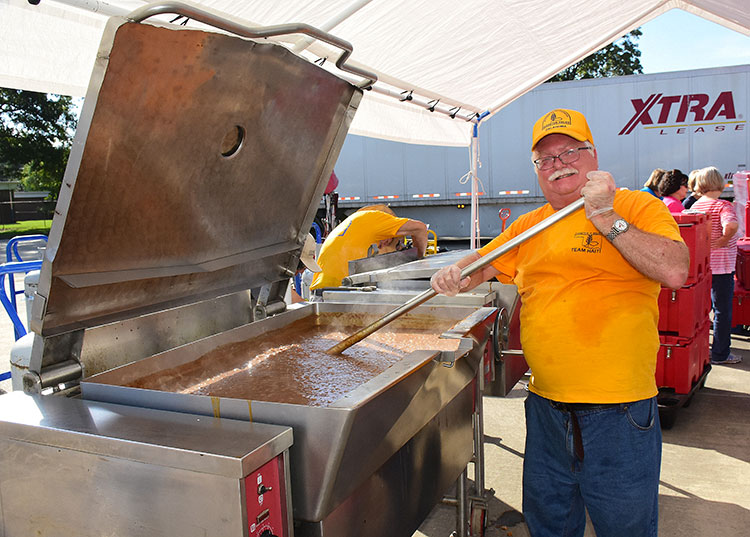 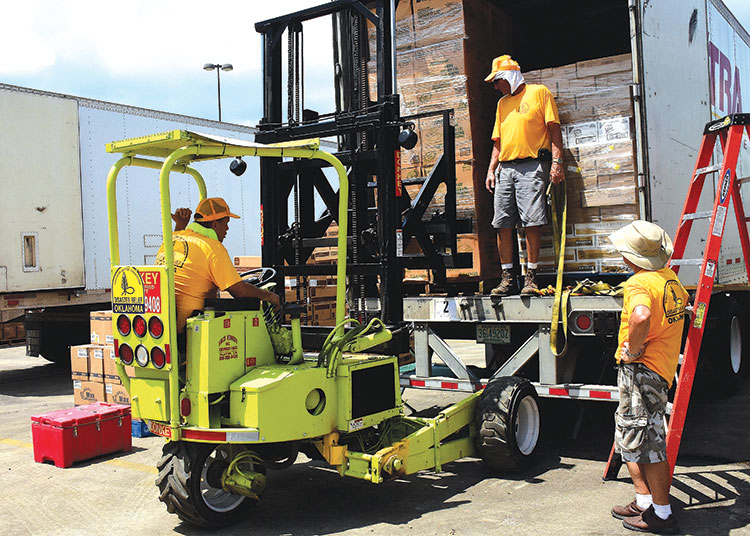 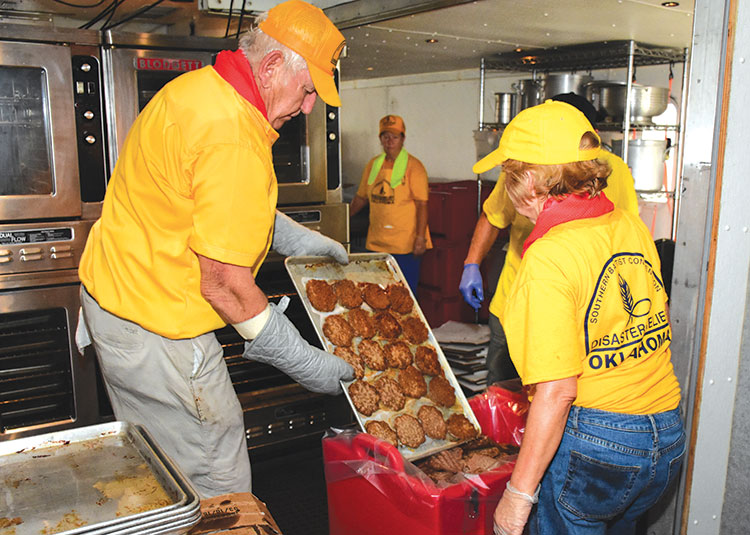 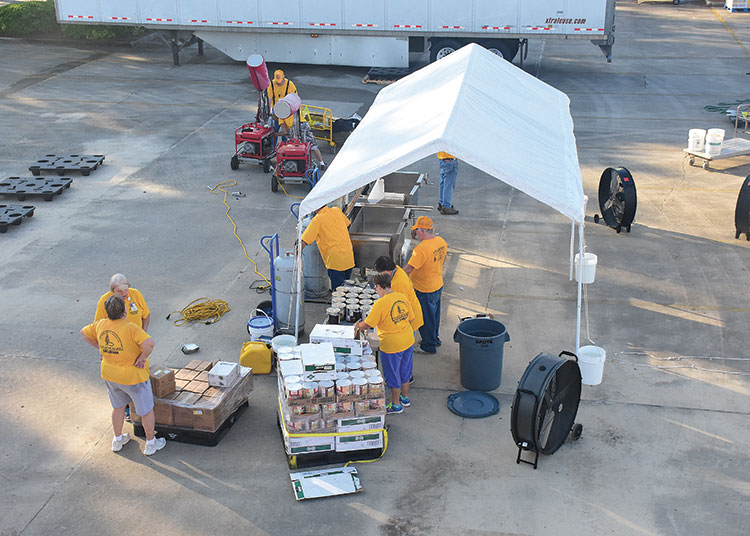 Members of the Oklahoma feeding team get ready to cook another meal at Baton Rouge, Istruma. photos: david crowell 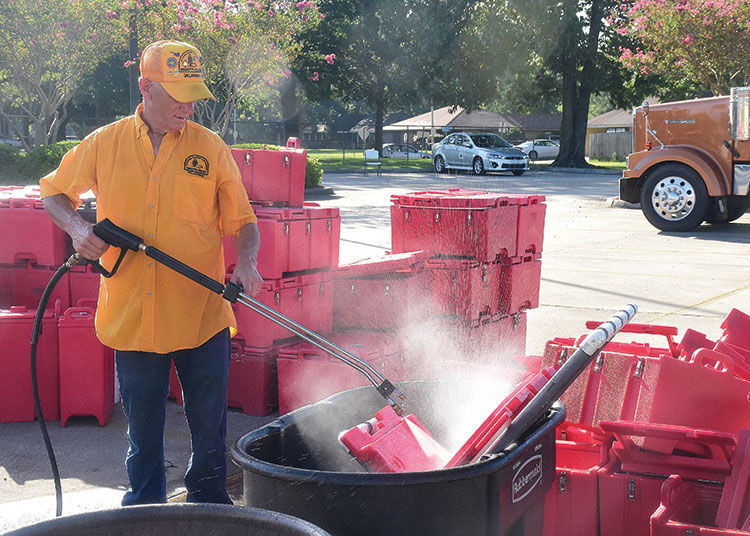 Jerry Ritter uses the high-pressure steam hose to clean Cambros as part of the sanitation team. Each Cambro, lined with a sanitary plastic bag, can hold up to 10 pounds of hot food. Volunteers with the American Red Cross (ARC) then deliver the food to victims/survivors using the ARC Emergency Response Vehicles. photos: david crowell

“The heat index was running around 110 degrees, but we had some powerful exhaust fans that helped keep the kitchen tolerable,” Dean Kiser from Arcadia, First, who is working in the Disaster Operations Center, said Aug. 20. “Somewhere around two inches of rain fell in less than  an hour this afternoon.”

Many people have compared the flooding to that caused by Hurricane Katrina, which struck New Orleans on Aug. 29, 2005.

“This event didn’t have a 21-foot storm surge, or 130 mile-per-hour winds, but the devastation to the number of homes truly is comparable to Hurricane Katrina,” Porter agreed. “On Aug. 22, emergency management officials said 88,000 families had applied for assistance. So, if you have around 65,000 homes destroyed, you have 23,000 other people who probably lived in apartments or condos who need help.”

And, while it still may be days before the water recedes in most areas for the recovery process to begin, some work has begun.

Porter pointed out that Istruma has 160 member families who have their homes under water.

“And, 80 percent of the people whose homes are flooded didn’t have insurance because their homes had never flooded before,” he said.

Oklahoma’s trained mud-out volunteers are on site, he added, and he was pleased to note that others are responding.

“We have had several churches call who have not participated in DR before wanting to come and be a part. We welcome that. That shows compassion; when people see desperation in a situation, they become willing to step up,” Porter said. “Mud-out/debris removal and flood recovery is something Spontaneous Unsolicited Volunteers (SUVs) can do. We don’t let them run chainsaws or help with cooking because our volunteers have gone through a food-handling course to do that. But, it is something that just about anyone can do without special training.”

Porter said some Baptist Collegiate Ministries have indicated a willingness to send teams to Baton Rouge in late September.

“Also, the Labor Day weekend will be a great opportunity for people to go for a short time, and we will make that happen,” he said.

The task will only become greater, Porter believes.

“Ever since our team arrived, the number of meals they have prepared has increased by 1,000 each day and I believe we will be above 20,000 soon just because more people are getting out and seeing the Red Cross Emergency Response Vehicles (ERV) driving through their area, and the ERV drivers come back empty and report people they weren’t able to give food to,” he said. “We’re supplying about 20 ERVs every day.”

In addition to the number of homes affected, an estimated 60 Southern Baptist churches have been destroyed or damaged, along with the homes of 20 or more pastors—many without flood insurance.

David Hankins, executive director of the Louisiana Baptist Convention, recounted in the Convention’s newsjournal, the Baptist Message, “… we dealt with historic flooding in March across northern and western parts of our state. Volunteers from across Louisiana, as well as our Baptist brethren from a dozen or more state conventions, responded to the need. All told, volunteers spent 80 days assisting victims during the spring floods—and here we go again.”

In addition to Oklahoma, the first wave of Southern Baptist Disaster Relief teams also came from Alabama, Arkansas, Mississippi, Missouri, the Southern Baptists of Texas Convention and Tennessee to come alongside Louisiana Baptists for the immediate crisis and long-term recovery response.