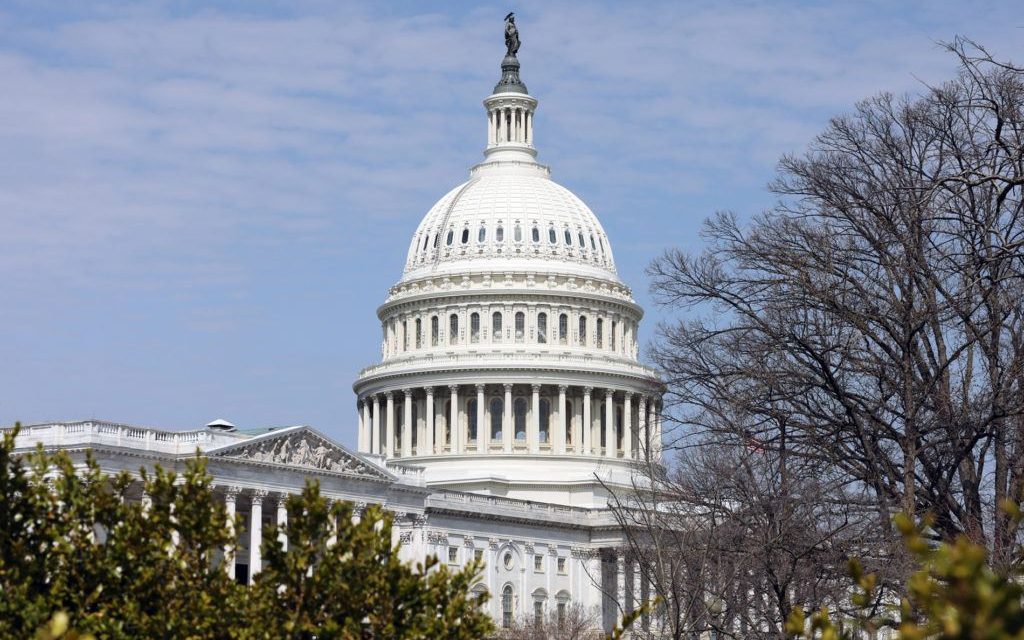 As it had done in February, the Senate rejected an effort to consider the Women’s Health Protection Act (WHPA), voting 51-49 against invoking cloture. All Republicans, as well as Democratic Sen. Joe Manchin of West Virginia, opposed the procedural move, which required a supermajority of 60 senators to cut off debate so a vote on the bill could occur. The House of Representatives had already approved the legislation, and President Biden had endorsed it.

The Senate also refused to call up essentially the same proposal in a 48-46 vote against invoking cloture Feb. 28. The Democrats’ fervor to defend the right to abortion intensified, however, with the May 2 publication of a leaked U. S. Supreme Court draft opinion that, if it becomes final, would strike down the 1973 Roe v. Wade decision that legalized the procedure nationwide.

The leak induced Senate Majority Leader Charles Schumer, D-N.Y., to revive the bid to vote on the WHPA, which would eclipse the Roe opinion by prohibiting federal and state regulations of the procedure that are now permitted by the high court.

“The erroneously named Women’s Health Protection Act does nothing to protect women or preborn children, but instead is the most pro-abortion bill to be brought to the Senate floor,” said Sobolik, director of public policy for the Ethics & Religious Liberty Commission (ERLC).

In written comments for Baptist Press, Sobolik expressed strong opposition to the measure “because it not only removes all restrictions and limits on abortion and allows for abortion up to the point of birth, (but) it also removes all pro-life protections at the federal and state levels and eliminates a state’s ability to legislate on abortion.”

In addition, the WHPA would fail to provide conscience protections for American taxpayers by eliminating such longstanding prohibitions on federal funding of abortion as the Hyde Amendment, the ERLC said in a May 10 article on its website explaining its opposition to the bill. It also would remove current federal safeguards for the consciences of health-care workers opposed to participating in abortions.

In defending another attempt to consider the WHPA, Schumer said on Twitter the vote was “not an abstract exercise.” He told senators Wednesday the vote is “one of the most consequential we will take in decades” because an “extreme majority” of the Supreme Court “is on the brink of declaring that women do not have freedom over their own bodies.”

Minority Leader Mitch McConnell of Kentucky told the Senate before the vote Wednesday the Democrats’ “radical bill is as extreme as extreme gets. It ignores modern science. It is tone-deaf to public opinion.”

Four members of the Supreme Court have joined Associate Justice Samuel Alito, who wrote the draft opinion, in support of overturning the Roe ruling, according to Politico, the news organization that published the leaked document. Those justices are Clarence Thomas, Neil Gorsuch, Brett Kavanaugh and Amy Coney Barrett.

The case that could result in the reversal of Roe is Dobbs v. Jackson Women’s Health Organization, which involves a Mississippi law that prohibits abortion after 15 weeks gestation. Following the high court’s December oral arguments in the case, many pro-life and abortion-rights advocates expressed the opinion the justices are likely not only to uphold the ban but to overrule Roe and the 1992 Planned Parenthood v. Casey decision that affirmed that ruling but permitted some state regulation of abortion. Such a reversal by the Supreme Court would return abortion policy to the states.

In briefs before the oral arguments, Mississippi and many pro-life organizations, including the ERLC, asked the high court to reverse both the Roe and Casey opinions.

While pro-life advocates have responded to the leaked draft with hope, some supporters of abortion rights have expressed their anger at the prospect of Roe being overruled with protests and even vandalism.

Abortion-rights advocates have gathered outside the homes of some of the Supreme Court justices to protest. Catholic churches in some states have been targeted for picketing or vandalism, according to reports. The offices of the pro-life organization Wisconsin Family Action in Madison were set on fire. A message left on the building said, “If abortion’s aren’t safe then you aren’t either.”

If enacted, the WHPA would nullify, according to the National Right to Life Committee, such state, pro-life regulations as:

— A waiting period for a woman before an abortion;

— Information for a woman considering abortion regarding her unborn child and alternatives to the procedure;

— A ban on sex-selection abortion;

— A prohibition on abortion after 20 weeks based on evidence the child feels pain by that point.

Though they have voted twice against consideration of the WHPA, Republican Sens. Susan Collins of Maine and Lisa Murkowski of Alaska have introduced legislation to codify the right to abortion established by Roe and endorsed by Casey.

In September 2021, the House of Representatives approved the WHPA, 218-211. All House Republicans, joined by Democratic Rep. Henry Cueller of Texas, voted against the measure. Biden strongly endorsed the proposal before the House vote.