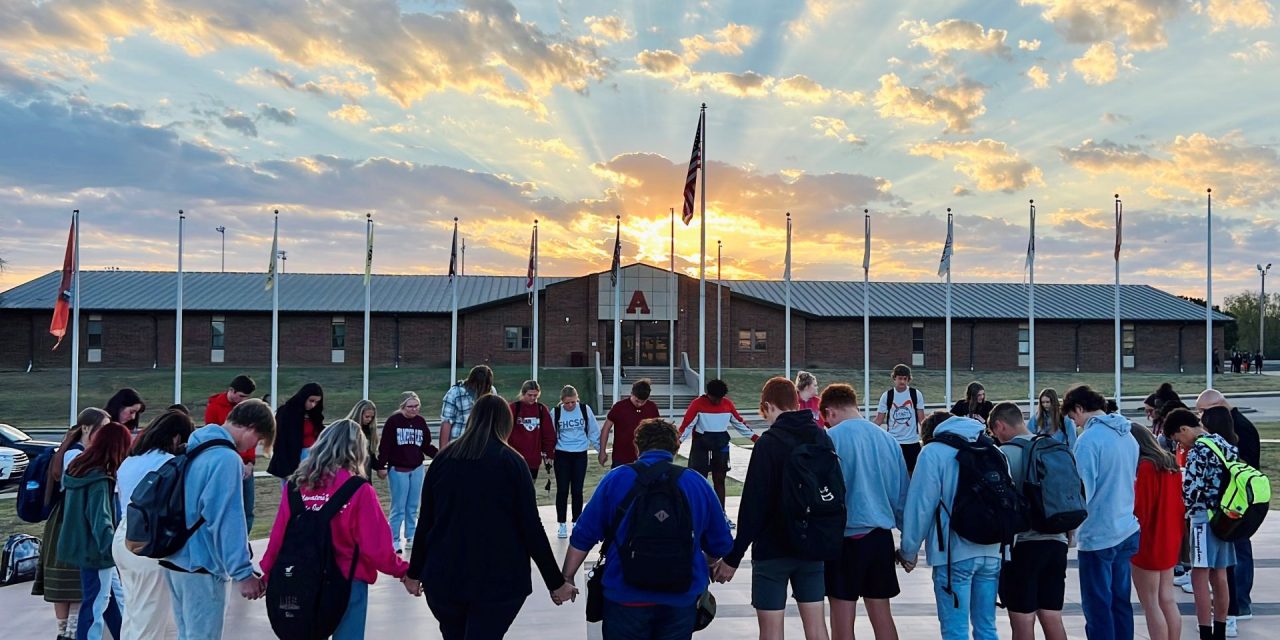 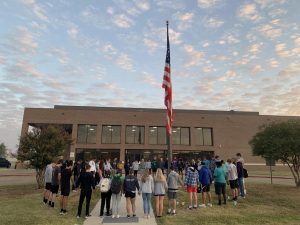 School flag poles were once again a point of destination across Oklahoma on Sept. 28. See You At The Pole (SYATP), the worldwide prayer event, was observed at numerous schools throughout the state.

Brian Baldwin, student evangelism and missions ministry partner for Oklahoma Baptists, was pleased with the great number of young people participating and demonstrating a Christian witness at their schools. 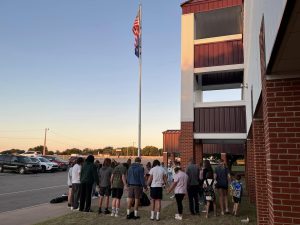 “We had strong numbers this year,” Baldwin said about the SYATP turnout at Oklahoma schools. “It was especially strong considering the last few years were affected by COVID and rain.”

Baldwin spoke at a rally in Atoka, following SYATP that evening. He preached on the SYATP theme verse, “Never let the fire in your heart go out. Keep it alive…Pray” (Rom. 12:11-12 NIRV).

“For a firestorm to start, you need sparks to ignite it, wood to sustain it and wind to spread it,” Baldwin said, summarizing his sermon. “Obviously Jesus and His followers started a firestorm that went across the world. See You At The Pole is like that, talking about how (the prayer event originally) started in 1990, and we are still seeing fruit today across the nation and across the world. The Holy Spirit has spread it far.” 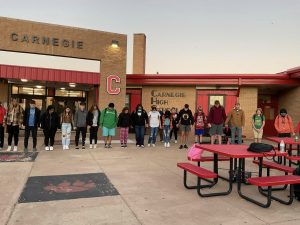 The rally in Atoka experienced nine professions of faith in Christ that evening. Baldwin said Oklahoma Baptists sponsored 19 rallies across the state on the evening following SYATP. Oklahoma Baptists were able to financially support these rallies through the Edna McMillan State Missions Offering. To receive funds for the rallies, church leaders agreed to present the Gospel at the rally, give a response and report back the response. 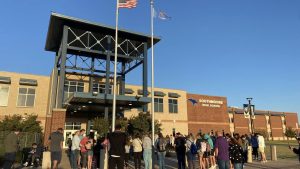 All SYATP events were student led, as many church leaders were involved to support the events. And many provided photos and reports of SYATP gatherings on social media.

“Carnegie Wildcats had 95 total, including 10 adults at See You At The Pole,” said Donnie Bointy, youth director at Carnegie, First. “Our students did a great job leading.  (And) Thanks to the adults for the help.” 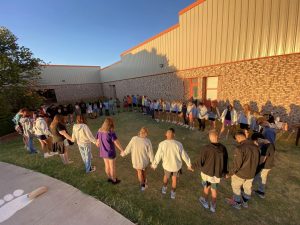 “We had over 100 students show up at Washington schools to pray together before school!” said Case Kirtley, student pastor at Goldsby in Union Association.

“We had 200-plus at McAlester High School this morning,” he said. “God is so good. This is the biggest ‘Christian event’ at MHS since I started going as a freshman in 2005.” 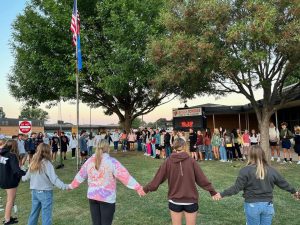 “Had a great turn out this morning for See You At The Pole!” Marrow said. “We had many come by and check it out. Had a total of 53 students circle up and pray together! Six of our students gave a devotion.”

Tyler Eggleston, pastor of Soper, First, shared how students from kindergarten to high school seniors gathered together to pray in Soper. 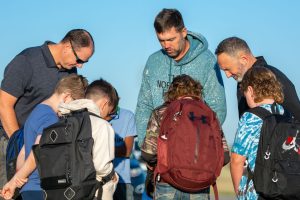 “We have less than 400 kids in the whole K-12 system,” Eggleston said. “Had about 150 this morning praying. God is working in this generation.”

“Each student was asked to pray for the students all around the world that were also meeting at this time, teachers and administration of the school, friends and family, and to lift up our local and state leaders, and the leaders of this nation as well,” Null said. 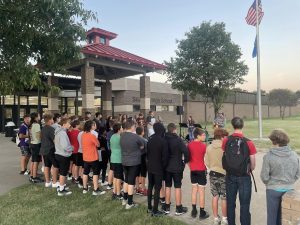 Along with many Oklahoma Baptist churches experiencing great results from SYATP this year, Baldwin said many Christian clubs at schools are seeing the benefit of SYATP as more students are getting involved.

“It’s a great week for unity, for partnership, gathering around the common cause of the Gospel,” Baldwin said. “This week is a winning week for youth ministry. There were a lot of pre-pole gatherings, which I think had an impact.” 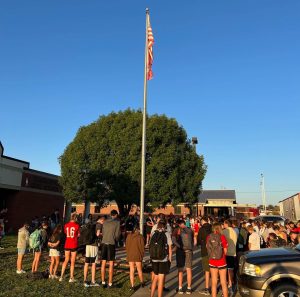 And Baldwin also believes SYATP plays even more of a significant role with today’s young people.

“(SYATP is) a chance for students to take a stand and be a public Christian,” he said. “People don’t realize that Gen Z is the first post-Christian generation. In 1990, the majority of students claimed to be Christians. That’s not the case anymore.

“All that to say that See You At The Pole has become an opportunity for students to take a public stand in front of their peers and to share the Gospel with other people.”