Seasons come and seasons go, but these truths I know 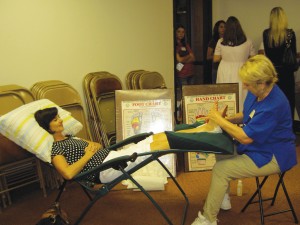 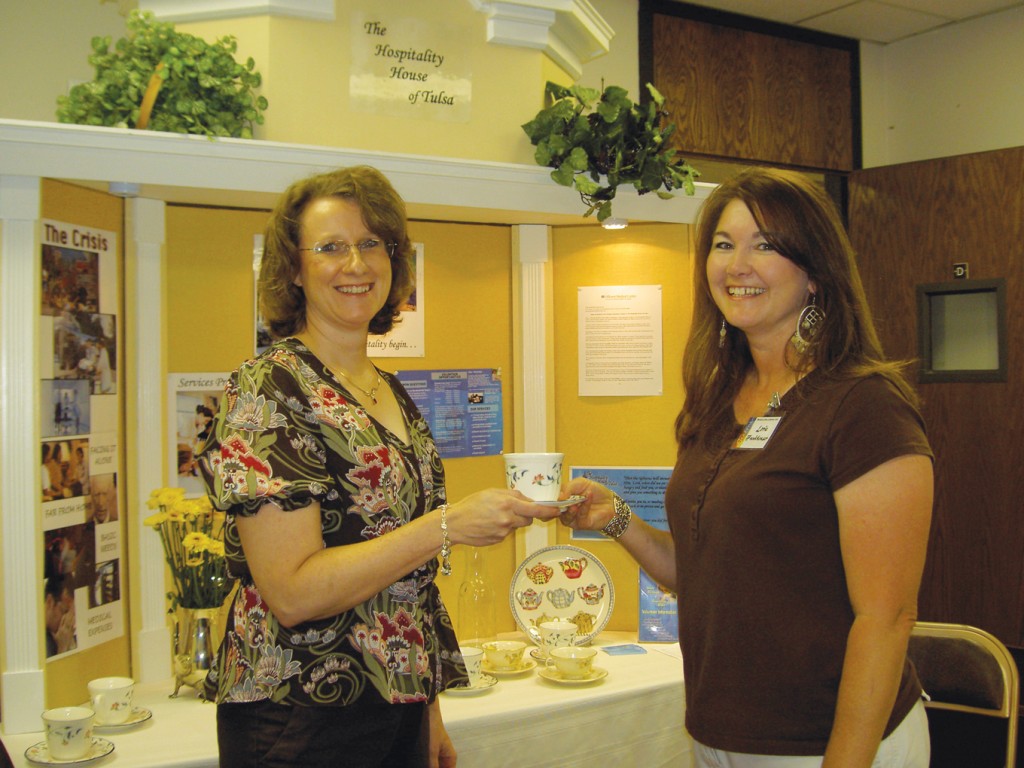 It’s time ministers’ wives step up and take hold of the calling God has put on their lives those gathered at the Ministers’ Wives Weekend at Oklahoma City, Quail Springs were told.

After an afternoon of pampering with foot and hand rubs, back and neck massages, comforting tea and scones and an opportunity to do some shopping, the women settled down to hear some advice from four ministers’ wives in different seasons of their ministries.

Representing Spring, Liz Etheredge, wife of Craig Etheredge, pastor of Colleyville, Texas, First and former pastor of Oklahoma City, Northwest, encouraged the wives to be partners with their husbands.

Etheredge said she was tricked into being a preacher’s wife, thinking when they got married, Craig was going to be an attorney. 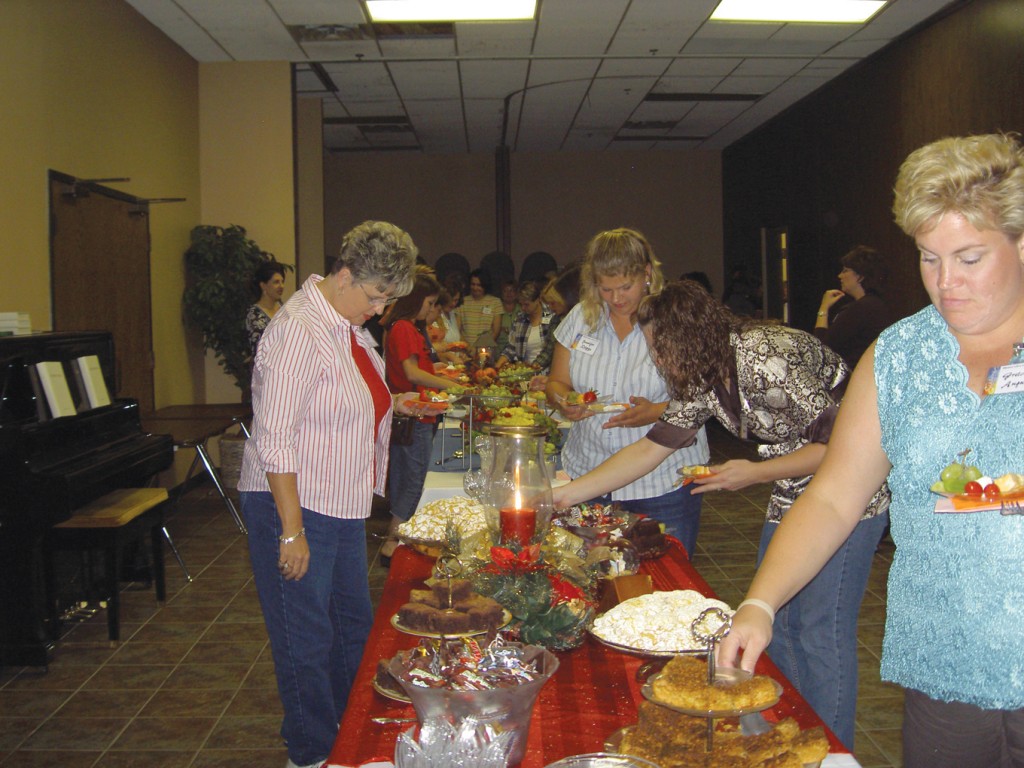 Fighting the calling for two years, Etheredge said she has watched ministry wives and seen some who help their husbands flourish and others who haven’t learned the lesson of partnership.

“I wanted to be the only thing in Craig’s life,” she admitted, but realized, after reading Genesis 1:24, that God made her to be a special helper for the man He gave her.

She said she has a formula when ministry obligations begin to overwhelm her-God joy, mate joy, kid joy.

“You are bringing God joy by spending time in His work, seeking Him every day,” she said. ‘But are you encouraging your mate to do what brings him joy, do you have fun with your kids, do you know what makes them happy?”

She said some ministry wives are invisible, afraid people are going to hurt them and their families. But, she said, these women need to allow people to get close to them and make every effort to attend church functions. 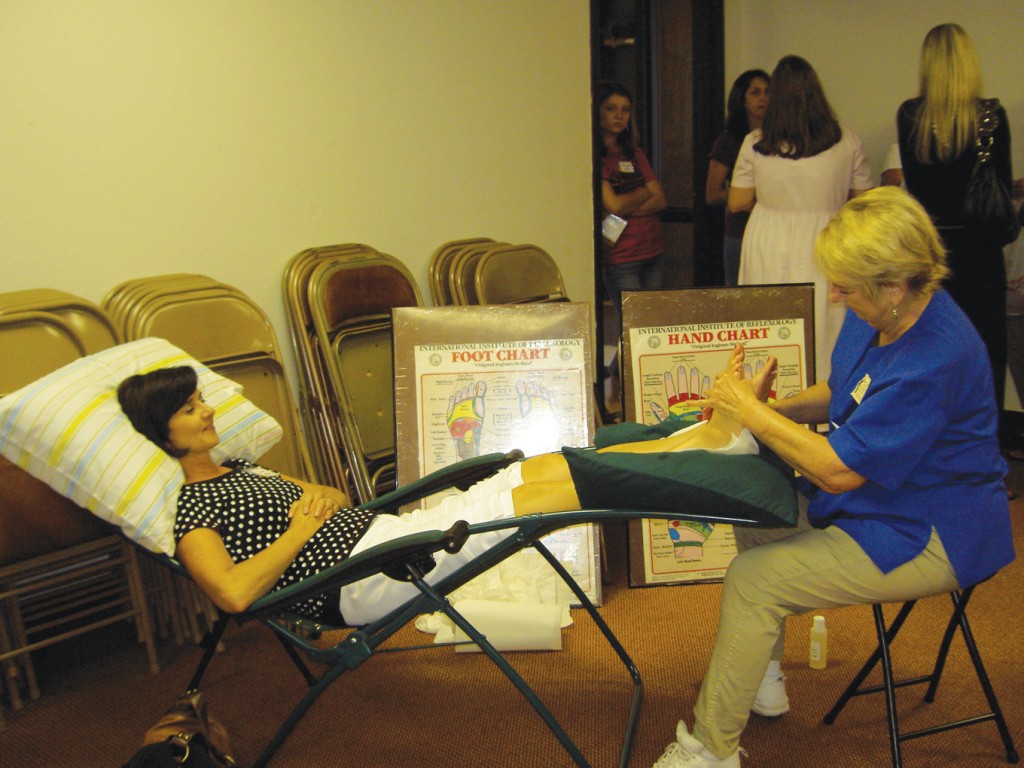 “Your hands are needed to help your husband bear the burdens and accomplish God-given goals He has laid before him,” she encouraged. “Your husband faces pressure every day. There’s not a line outside his office waiting to praise him. You praise him-for his character, for his messages. Your praise is powerful.”

She said the surprise secret in partnership is the more you partner, the more he will desire to be with you.

Carol Sallee, wife of Phil Sallee, pastor of Bixby, New Beginnings, speaking for the Summer season, said after 27 years as a ministry wife, there are six key truths that have gotten her through difficult times.

One, she said, “We are defined by our kingdom role.

“How many times have you heard, ‘Do you play the piano? Or, ‘Our last minister’s wife did . . .’,” she asked. “People in church are trying to give us roles that do not suit us. You offer a gift to the world no one else brings.”

Second, she said, “You are privileged to have such a high calling.

“We are involved in life-altering kingdom work,” she emphasized.

Third, “We are in the hands of a sovereign, providential God.

Fourth, “We will never be called to suffer more than our Savior.

“We serve a Savior who was isolated and lived in poverty,” she noted. “Why are we surprised when difficulties come?”

Fifth, “We can be confident that Jesus is Lord and we’re still going to Heaven-whatever.

“No matter what happens, if your husband loses his job, if people are mean to your kids, this is true.”

And finally, “We can anticipate a great reward.

“Focus on finishing strong,” she admonished. “The promise of reward keeps us going.”

Representing the Fall season of life, Elaine Brown, wife of Rick Brown, building engineer for the Baptist General Convention of Oklahoma, said her husband was not called into the ministry until he was 44, just 10 years ago.

“Not even one month after surrendering to ministry, Rick had a scare with cancer in his eye, and my mother was diagnosed with pancreatic cancer,” Brown, revealed. “I thought God should be blessing us now that we are in ministry.”

Rick’s eye was taken care of by a surgeon, but Brown’s mother died.

“This is not how it’s supposed to be in ministry,” she said. “Ministry should enable us to have a perfect life.”

Brown said the next few years brought job changes, sending their three daughters to college, the daughters getting married and eight grandchildren in six years.

Then another tragedy came. Two months after Rick went to the Baptist Building, their second grandson was diagnosed with cancer.

After months and months of cancer treatments, Xander, now 6, was in remission.

Then, just two weeks ago, Xander’s tests came back, reporting the cancer has returned in many places. This news came just 36 hours after the birth of another daughter’s son.

“How could God give us so much joy and so much grief at the same time?” asked Brown.

“We hear from people that their lives have been changed because of our lives,” she said. “But God, pick another family.”

Brown urged the women not to underestimate what God is doing in their lives.

“If you life levels out, you might be getting one of those breaks that doesn’t glorify God,” she said. “None of us knows if we’ll see the next season. I do know God has given me eternal life, and I must live eternally grateful.”

Finishing up the seasons with Winter was Nita Adams, wife of retired pastor and BGCO Brotherhood director Laddie Adams.

Adams said she found her life verse, Proverbs 17:22 (a merry heart does good like a medicine) early in life, and it has served her well during her time as a minister’s wife.

Telling amusing story after story, Adams said she discovered after she met Laddie that God has a sense of humor.

“Laddie was going to be a doctor, and by the time I fell head over heels in love with him, he had been called to the ministry,” she said. “God has orchestrated a lifelong series of comedies in our lives.”

Noting Laddie was away from home for the birth of their last child, she said a minister belongs to the work.

“No woman alive can compete with the church,” she said. “One reason our children came to Jesus so early is the man they saw in the pulpit was the same man they saw at home.”

She said the best way she knows to deal with the scrutiny and all that goes with ministry is a sense of humor.

“Sarah said, ‘God has brought me laughter, and everyone who hears about this will laugh with me,'” she reported. “Yes, my life verse has proven true.”