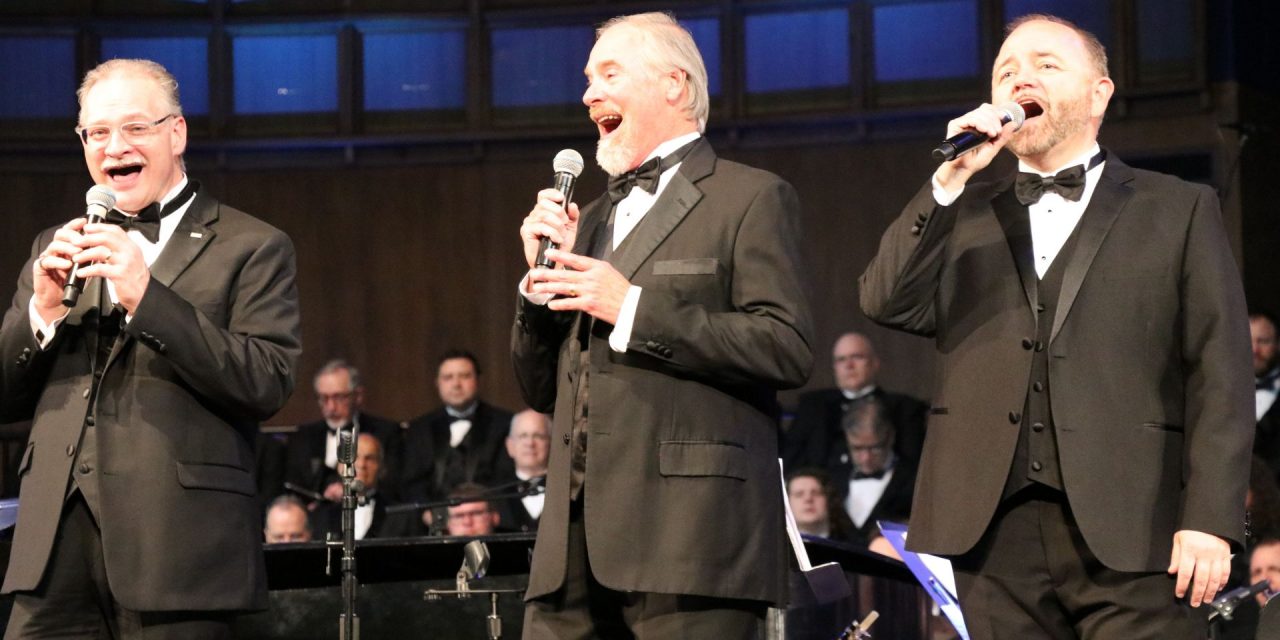 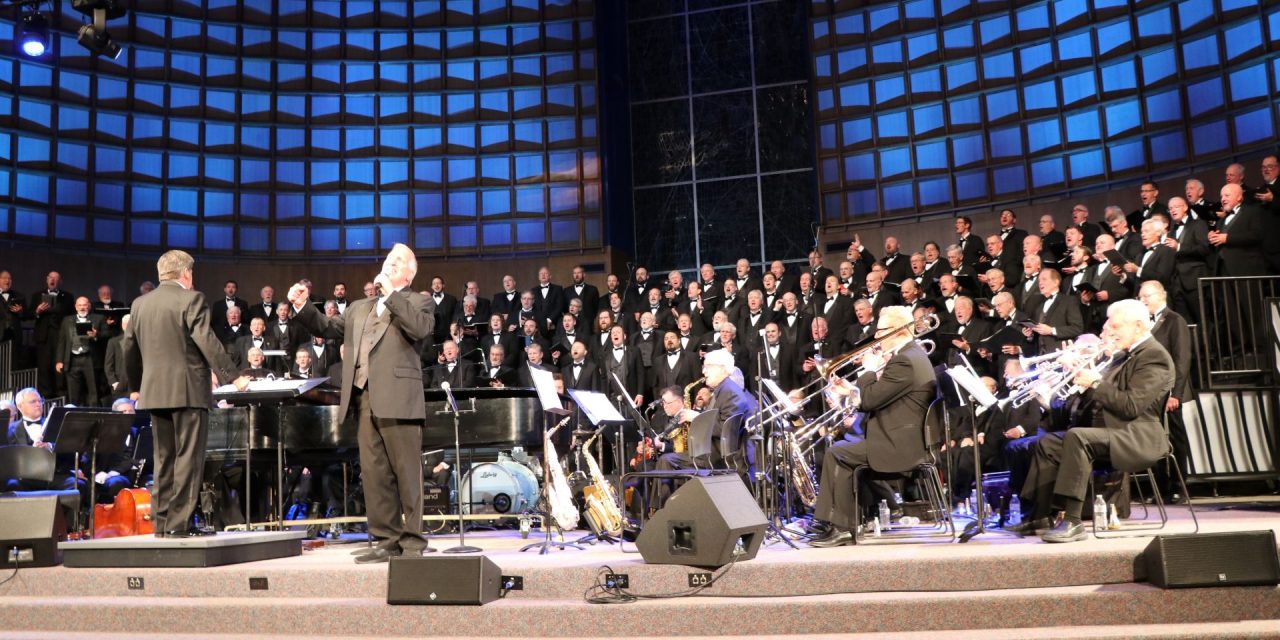 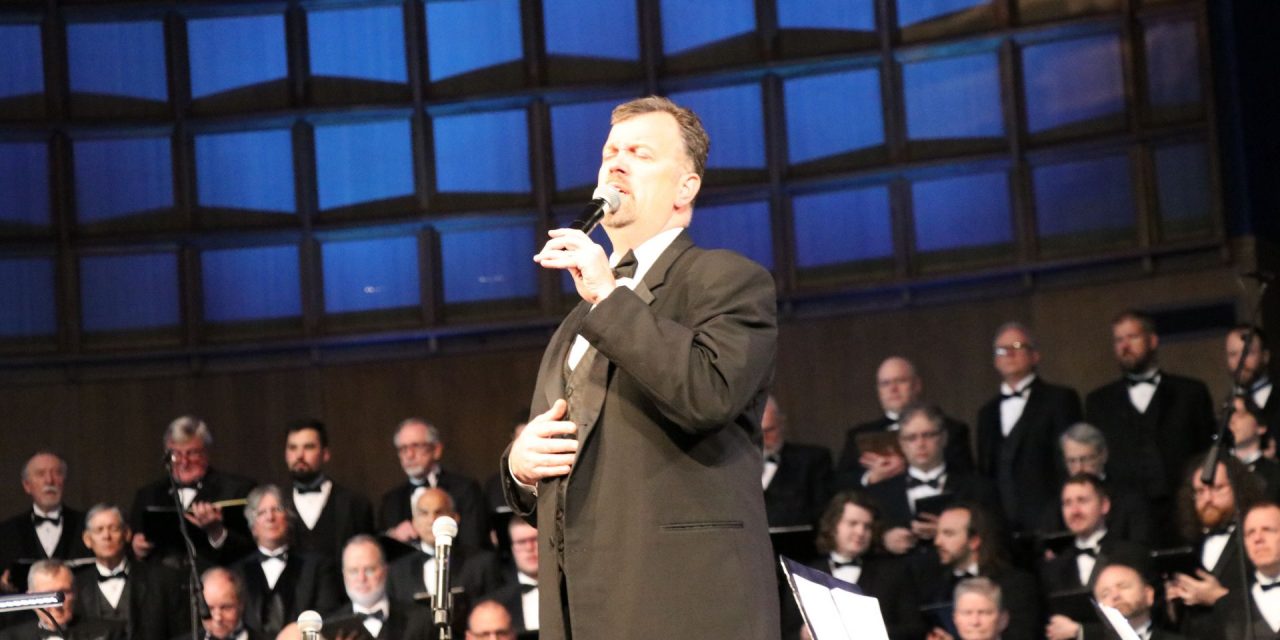 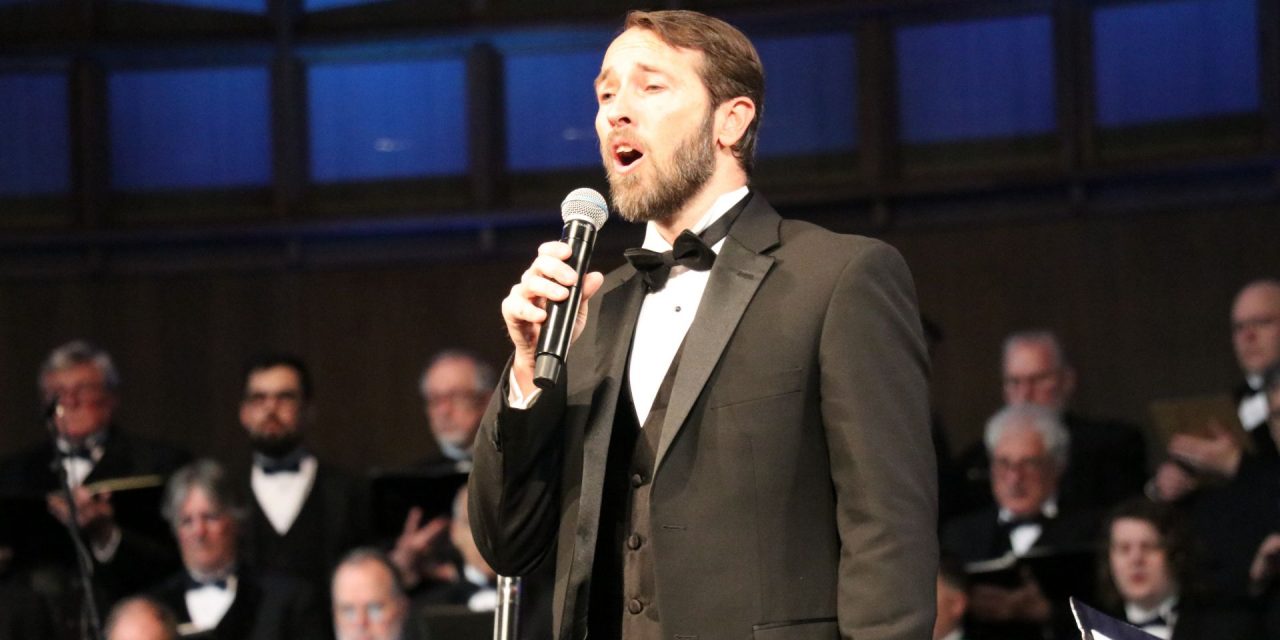 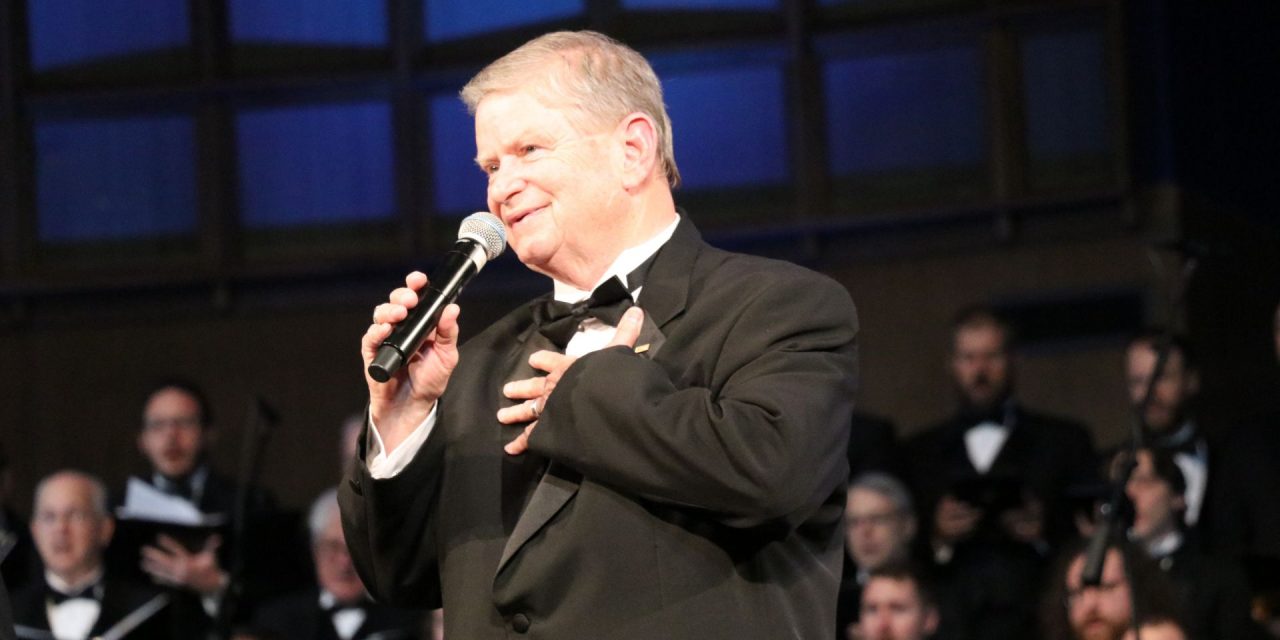 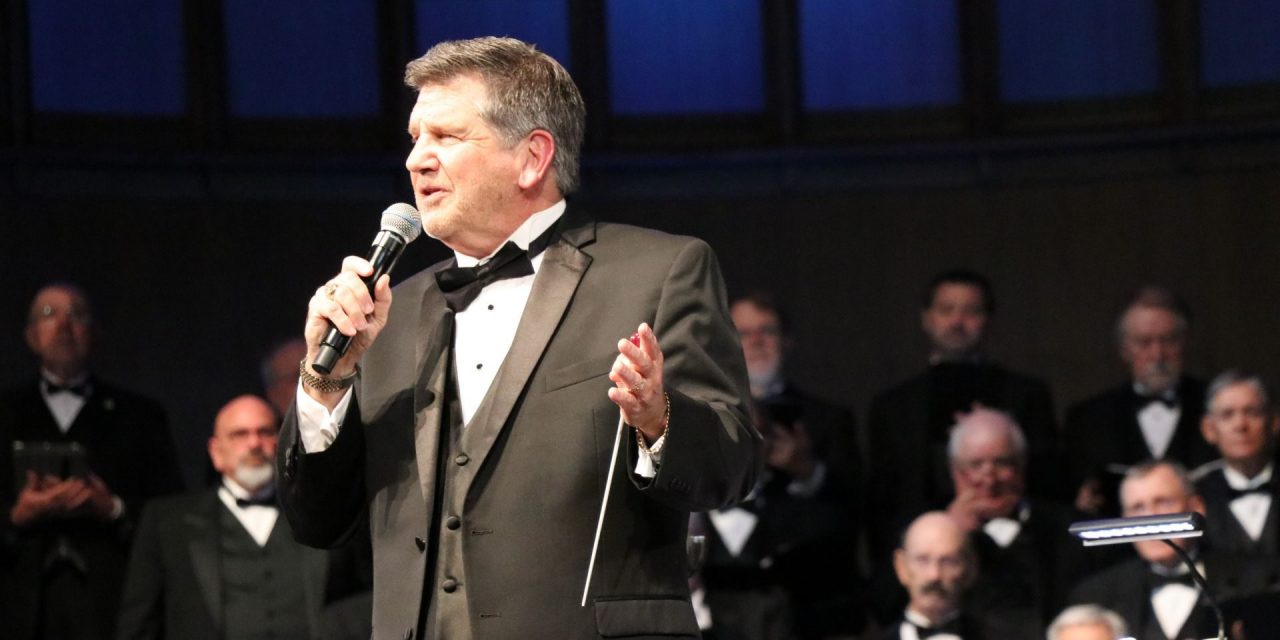 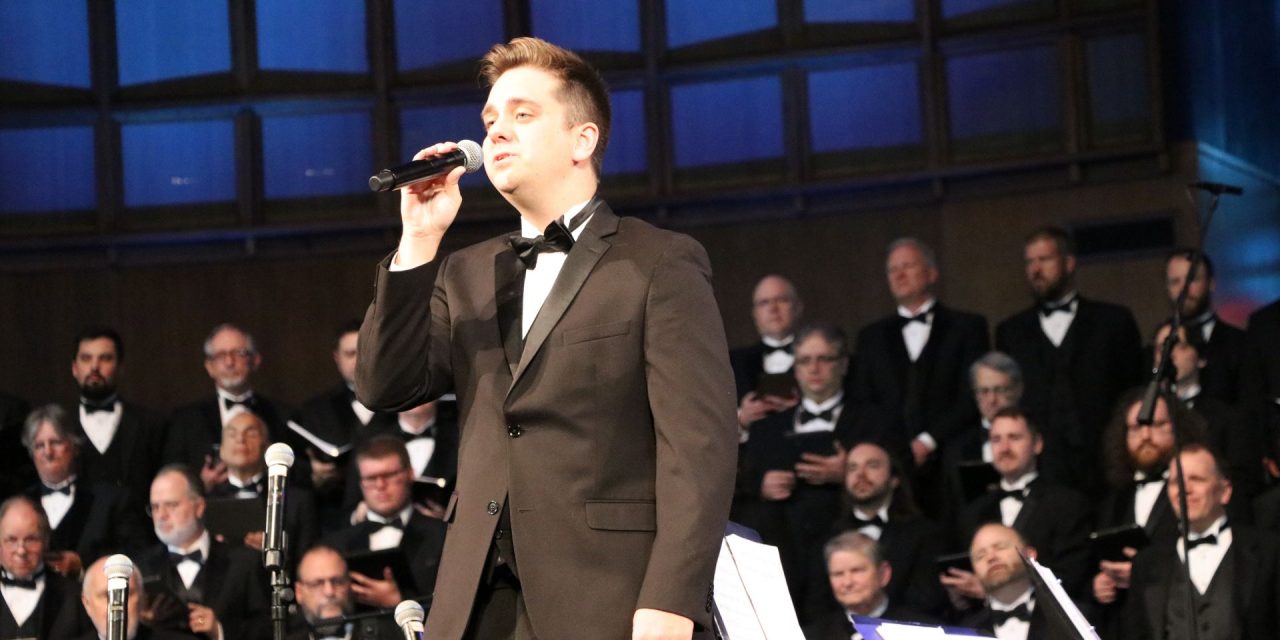 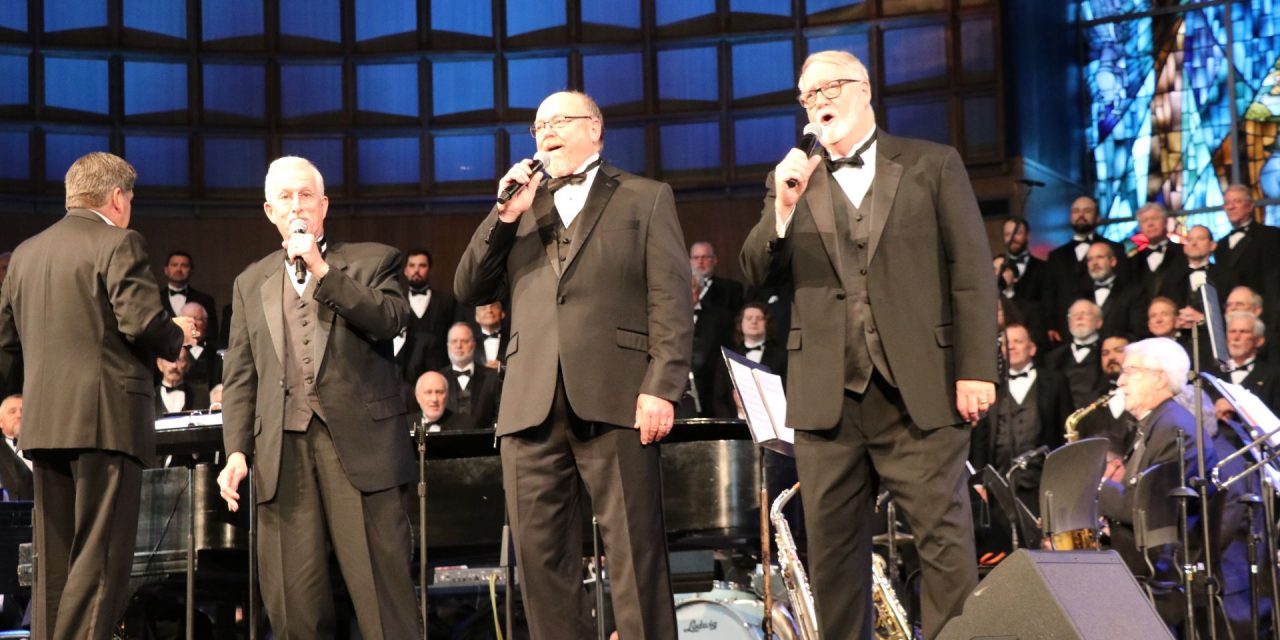 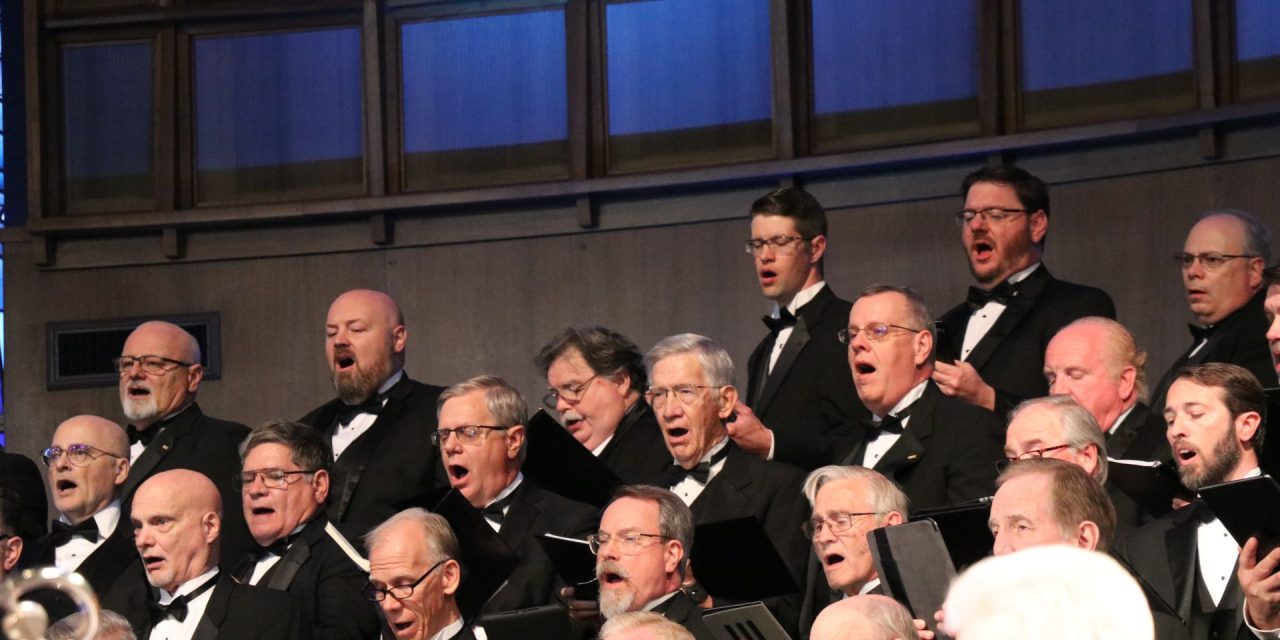 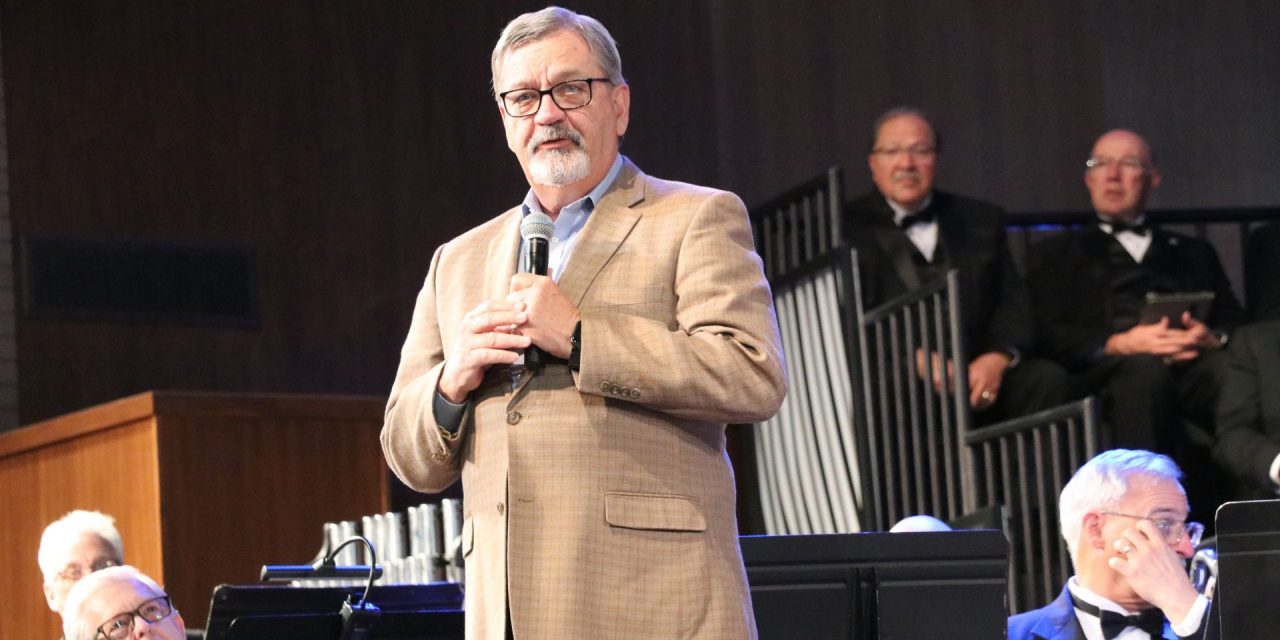 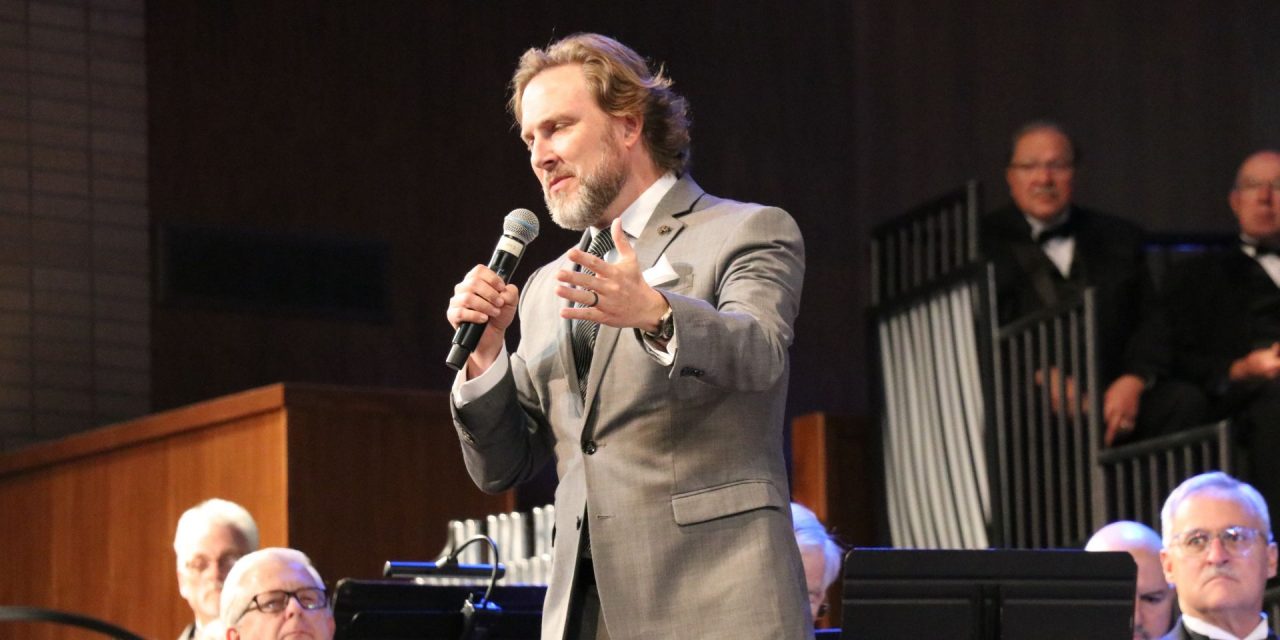 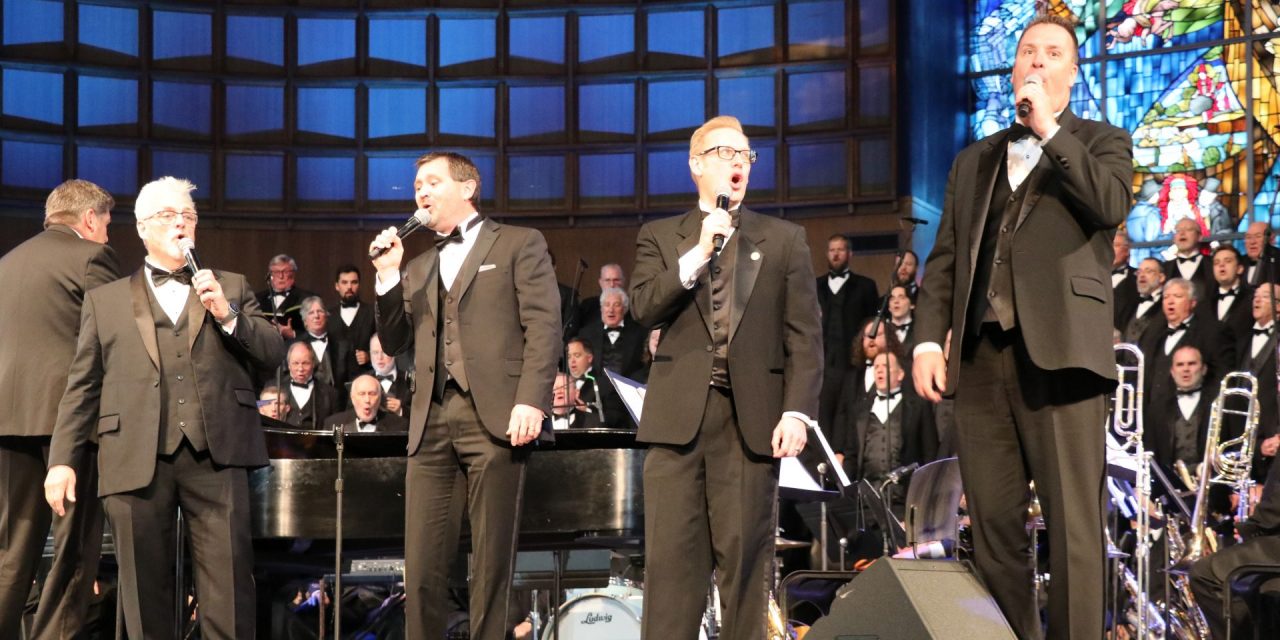 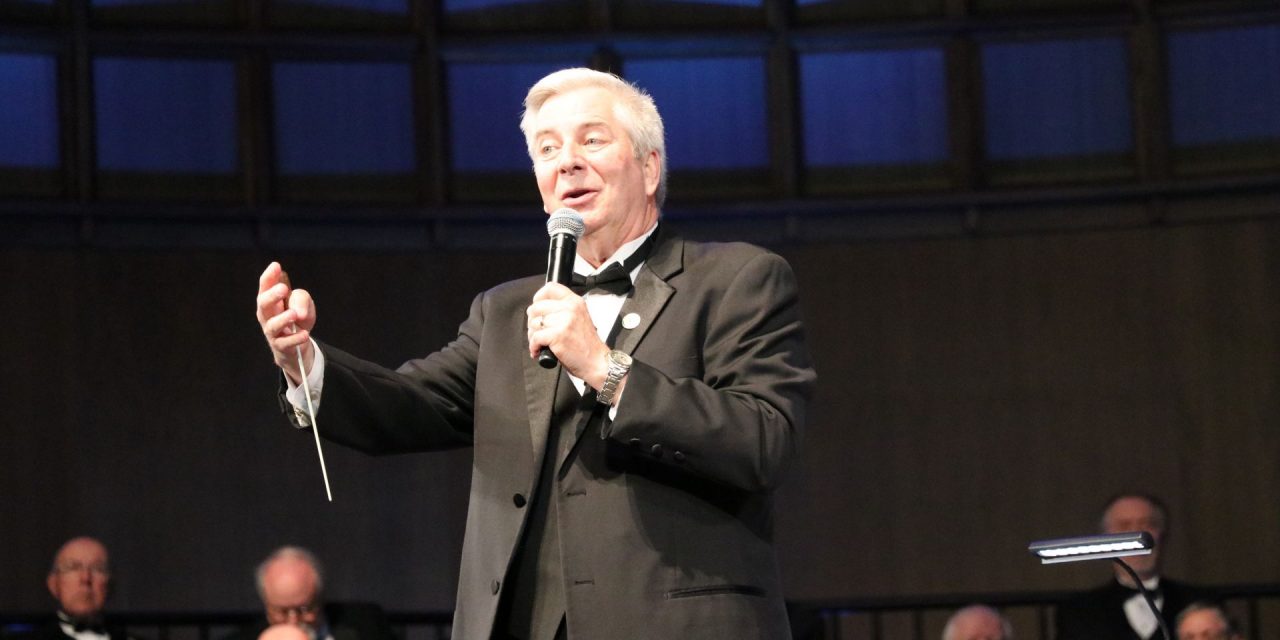 SHAWNEE—The Singing Churchmen of Oklahoma (SCM) concluded its concert season with a performance in Oklahoma Baptist University’s (OBU) Raley Chapel on Thursday, April 7. The significance of the concert season was SCM commemorating the group’s 60th anniversary.

Over its 60-year history, SCM produced 35 recordings, some with renowned musical artists, composers and producers. They have appeared on national radio and television, once to a potential audience of 30 million viewers. They have traveled the globe from China to Australia to Russia to Spain and beyond, ministering in local churches and performing in some of the world’s premier concert halls.

Throughout the concert at OBU, videos and photos were shown of performances over the years, and a special 60th anniversary video also was presented of current SCM members, reflecting their experiences with SCM.

SCM Band and Orchestra provided prelude music with the formal concert opening with “I Feel Good,” featuring John Keene, Aaron Robertson, Scott Neighbors and Jason Henson as a quartet. The special video was featured while SCM sang a special rendition of “Wherever He Leads I’ll Go,” with Mike Neff as a soloist.

There were many choral favorites sung throughout the concert, including “Listen to the Hammer Ring,” featuring Troy Blankenship as soloist; “I Will Not Be Shaken,” featuring Kelly Anderson as soloist; “I Have Seen the Light,” with trio performance of Allen Kimberlin, Mark Wright and Jeremy Welborn; and “Midnight Cry,” featuring Xavier Abraham as soloist.

The concert concluded with the Churchmen filling the aisles of Raley Chapel and singing acapella “Always Remember.”

Those in attendance were able to purchase “This Is Their Story! This Is Their Song!” a historic picture book celebrating 60 years of SCM written by Dana Williamson and designed by Rick Boyd. The book is available for purchase online at oklahomabaptists.org/worship-music/scm-book.