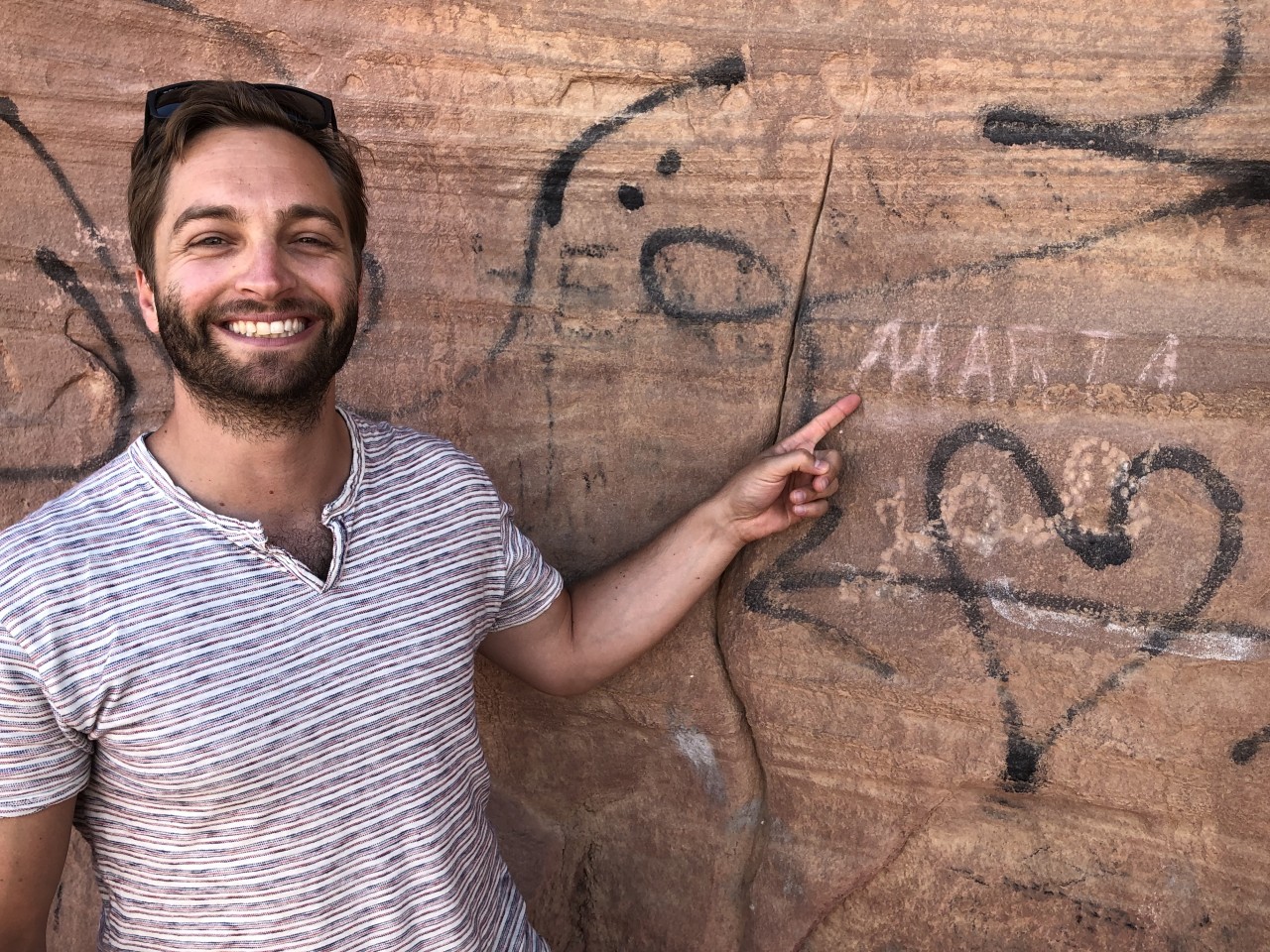 I am writing today from the ancient city of Jerusalem. I have taken a couple of weeks to spend time with my oldest son, Jeremiah. Jeremiah teaches in a public high school, covering subjects like History and Geography. He is an incredible teacher because his lessons combine his deep studies of these subjects along with life experiences. Growing up as the son of a missionary, he has his dad’s wanderlust and love of different cultures and people groups. 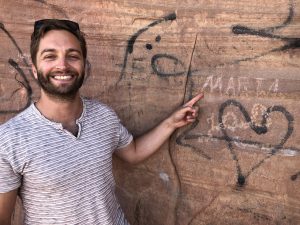 Rui standing next to where his future daughter’s name was etched in stone.

One of the places Jeremiah wanted to know more about was the Middle East. Since I have been here a number of times, he thought I would be the cheapest tour guide he could find. He wanted to visit places like Jerash, Petra and Aqaba in Jordan. In Israel, he wanted to visit the Red Sea, Masada, the Dead Sea and Jerusalem with its many ancient sites. So that is how I ended up writing this week’s article from Jerusalem.

As we have been traveling, God has brought people alongside us for both personal joy and ministry. The first encounter we had was in the Dallas/Fort Worth airport. A dear family friend, April Cole, was flying into Tulsa to surprise my wife for her birthday. To make a long story short, her flight was canceled several times, she was rerouted to Terminal D and ended up at the same place as Jeremiah and me. So we got to visit, eat and pray with her before her flight departed. What are the odds?

As I was leaving to walk to our gate, I saw a group of student missionaries walking by, and I heard my name called out. There was my friend Dr. Grant Byrd from First Baptist McKinney, Texas. If I ever had a twin brother in the ministry, it would be Grant. He has taken youth all over the world, and this day, he was leading another team to Africa.

For three days after we arrived in the Middle East, Jeremiah and I joined a tour group going to Jordan to visit several cities. There was a couple there from Mexico City celebrating their 20th anniversary. Part of our itinerary was to spend a night in a Bedouin camp in the Wadi Rum desert. The Wadi Rum where they filmed “Aladdin,” “Star Wars: Rogue One,” and “The Martian.” But we older folks know the Wadi from “Lawrence of Arabia.”

While sitting out under the star-filled sky, the couple from Mexico told us through tears that they had just received word that their grandmother had passed away, and they wouldn’t be able to get back in time for the funeral. I asked them if I could pray for them. In the middle of a desert, I was able to bring words of comfort and hope.

One day, our group stopped on the side of the road to have some watermelon. We walked through some sand and climbed up on a ledge to reach some shade and get a good view of the valley below. It is a place where many people have stopped; their names are etched, painted or scratched into the wall. I saw a heart someone had etched. I took a rock and etched the name “Marta” above the heart. I had Rui stand and point at his daughter’s name and then sent him the picture. I knew this young couple didn’t understand what I was doing, but years from now, they can say to their daughter, “Even before you were born, your name was etched into stone.”

Last night, Jeremy and I went out for dinner in Jerusalem. Shabbat had ended, and the streets were full of people. We decided to eat at Pizza Hut. Pizza Hut is different in the Middle East because they offer only one kind of meat on their pizza: tuna fish. So we ordered a cheese pizza.

While we were sitting there, a woman and a young man walked by. The young man was wearing an Oklahoma University T-shirt, and Jeremiah attended OU, so he called to the kid, and the two walked over to our table. We soon learned that they were from Tulsa, the city where I live, and the woman graduated from Memorial High School, the same school my youngest son had graduated from.

Then it dawned upon me: I know this woman. Jeremiah and I had run into Dr. Deborah Gist, the superintendent of Tulsa Public Schools, and her nephew.

Today, my son and I are going to rummage around the Old City, trying to absorb its history. But who knows what God has for us in meeting and ministering to people?

God cares about people. He cares about you. And He can touch your life, no matter which of the four corners of the world you are standing on.