Rite of passage: 8th wonder of the world 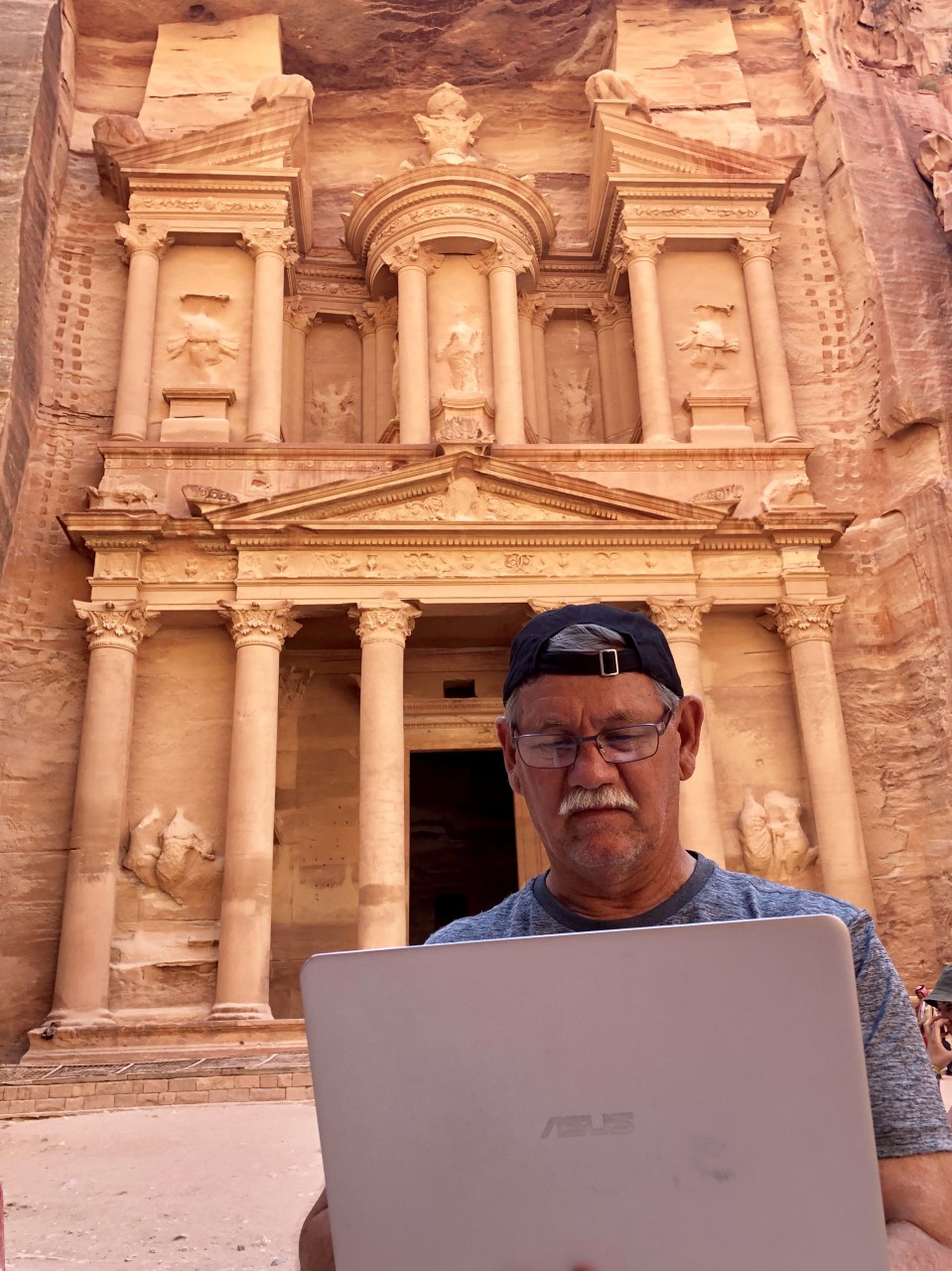 Before I have my cancer surgery, I have taken a couple of weeks to travel to the Middle East with my oldest son, Jeremiah. He teaches high school history and geography and injects insights from his travel experiences into his classes. Besides that, he and I both have an unsatisfied curiosity for knowing what lies around the next corner. As I am on this journey, I will be writing an article from each country and posting them over the next few weeks. So come and travel with me. 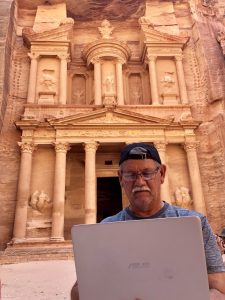 Today, I am writing from what is classified as one of the Seven Wonders of the World, the amazing city of Petra, Jordan. As I type, the Treasury, one of Petra’s prized jewels, stands right behind me. We Westerners know Petra largely because of the many films that have been shot here: Lawrence of Arabia, Indiana Jones and the Last Crusade, The Mummy Returns and for you younger readers, Transformers: Revenge of the Fallen, Mortal Kombat: Annihilation and just recently Aladdin, to name only a few.

Petra is an interesting place because you must walk three-quarters of a mile through the Siq just to get to the ancient city. The Siq is a narrow rock canyon only 10 feet wide in some places, stretching as high as 650 feet above you. Just walking into the city is an adventure. As you wind your way through the colorful rocks, the excitement builds. When you come around the last corner, you see a slight opening, and then comes the entrance to the magnificent Treasury, the iconic building featured in most of the movies I mentioned.

Petra was built by the Nabateans and has been inhabited since 312 B.C. Half built, half carved in stone, it sits in the middle of Bible history. It’s near the place where Moses struck the rock for water, and if you look up to your right, high on the mountain above, you see the site where his brother, Aaron, is buried.

Petra experienced an earthquake in 363 A.D., and the city never recovered. Soon, the region was occupied by the nomadic Bedouins. It wasn’t rediscovered until Johann Burckhardt found it in 1812.
There have many debates over which sites make up the top seven Wonders of the World. Which is greater, the Great Wall of China or the incredible city of Machu Picchu, high in the Andes of Peru. What about the Taj Mahal in India or Chichén Itzá in Mexico? The debate will continue as long as mankind exists. In 2007, a worldwide vote was taken, and Petra was named one of the Seven Wonders of the World.

The debate for who or what is the greatest will go on until Jesus comes back. We see this everywhere around us: “10 Best Cities to Live In,” “Seven Reasons Chocolate Is Good for You” (I just made that one up for myself), “Seven Best Ways to Lose Weight.” Lists upon lists come our way on a daily basis.

Did you know 2,000 years ago, when Petra was a thriving metropolis, just north of it was a group of men who were walking into the city of Capernaum arguing about “which of them would be the greatest” (Luke 9:46b)?

This group of men had been invited by Jesus to come and learn His ways. If you get 12 men together, it won’t be long before they will start shoving and jostling, with more than one trying to become the leader of the pack.

Jesus, who had been listening to all this, had had enough. He stopped and sat down near where a child was playing. “What have you guys been arguing about?” He asked.
Embarrassed, none of them said anything. They just stared at their feet.

“You know, you’re asking the wrong question,” Jesus continued. “You think being by being top dog, you will have people waiting on you hand and foot? In My kingdom, it is the servant who is the greatest. There is no room here for someone who wants to strut their stuff. My life, My ways are about seeing the needs around you and then meeting those needs.”

“See this child?” Jesus picked up the young boy and sat him in His lap. “This child is helpless and dependent on someone to take care of him. When you help that child, not only do you reflect My life, but you please My Father, the One who sent Me” (Mark 9:33-35, author’s paraphrase).

So if you ask me to identify the eighth wonder of the world, I would say it’s when a cold, selfish person allows Jesus to transform their heart into His heart, and they become other-centered. And that, my friends, will astound the world more than all the Seven Wonders combined.