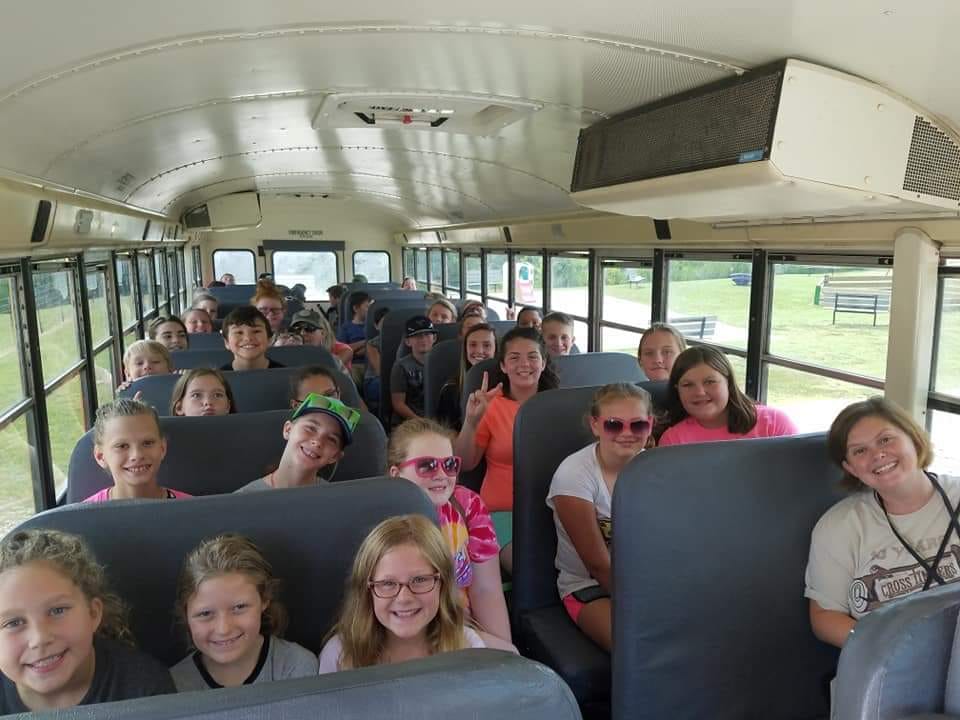 DAVIS—Pastor Wayne Knight said his church, Davis, Chickasaw Trail, was averaging fewer than 60 in Sunday School when he became the church’s pastor. Today, the church is seeing rapid growth driven by children’s ministry.

Knight and Sara Waters, a church member who helps oversee Team Kid and coordinate the group at CrossTimbers, both concur the Lord was involved in taking many kids to CrossTimbers.

“Last year, we took 54 kids to CrossTimbers,” Knight said. “So I asked Sara how many we could take this year to CrossTimbers. I wanted us to set a number that only God could be responsible for.” 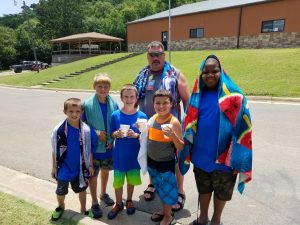 Pastor Wayne Knight enjoyed being at CrossTimbers with the kids.

Knight set the goal mark at 75.

“I was hesitant because 75 is a big number,” Waters said.

Chickasaw Trail surpassed the goal, and among the 88 attending CrossTimbers, 23 3rd-6th graders made professions of faith in Christ, and 16 made rededications.

“God wouldn’t let us take this many to CrossTimbers and be involved in His Kingdom work for us to just let the kids fall into the cracks,” Knight said. “We have a responsibility to make disciples of them.”

One significant way that Team Kid started growing was Waters and her family offered to come pick them up to attend on Wednesday nights.

Waters said the kids come from Davis, Sulphur and Dougherty. Also, the church bought another van to help bring kids on Wednesday nights.

“It just grew from there,” Waters said. “They love Team Kids. It’s great that they have that touch point every week where they can connect with God and remember their commitments they made at CrossTimbers or remember what God has been doing in their lives.”

“CrossTimbers is important because it gets kids away from the distractions of the world,” Knight said. “But then they need to be discipled, and that shows the importance of Team Kid. We offer a class for them to learn more about the decisions they made at CrossTimbers and what it means to be a child of God.” 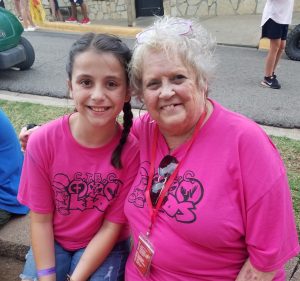 Davis, Chickasaw Trail has many church members involved in serving in the church’s children’s ministry.

Many church members have gotten involved as well. Waters said as Team Kid has grown, so have the number of volunteers who are needed to serve.

“Because of the number of kids that are coming, it has required more of us to jump in and take part in serving and making it happen because one person can’t do it, or even two people,” Waters said. “We’re not a large church, but the people in our church have really stepped up on serving and loving these kids.”

Next year, Chickasaw Trail is planning to take 100 kids to CrossTimbers.

“God is building in our church. He started with a children’s ministry, and I can’t wait to see what He does next,” Knight said.