Rite of Passage: The last warrior 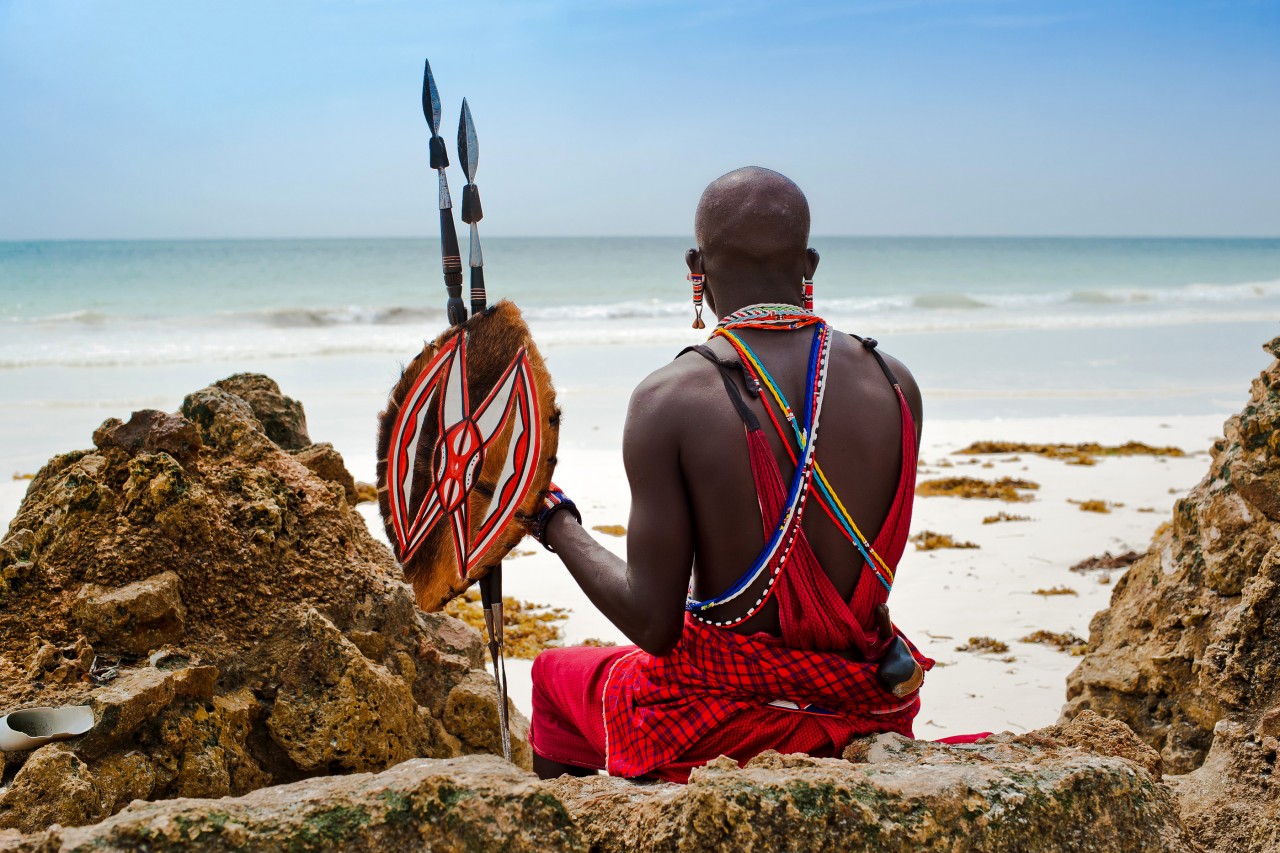 The day after our team finished carrying the cross up Mount Kilimanjaro, we had a day of rest and then toured the Tarangire National Park, where we rode among the elephants, zebras and lions. On our way out of Tanzania and into Kenya. we stopped alongside the road where some Maasai warriors were selling trinkets and souvenirs. The warriors told us that in the old days, for a boy to become a man, he had to go out alone and kill a lion with a spear. Now they are selling their handmade spears as mementos to tourists.

One of our team members, David Treat, had a new leather backpack and came up with a great idea. He wanted a special souvenir to take back from his journey: a hole in his backpack made by one of those spears. When someone asked him what happened, all he would have to do was to say, “Got speared by a Maasai warrior.”

“If we put this backpack a good distance away, will one of you spear it?” we asked the young men. They puffed out their chests the way all men do when you challenge them in front of their peers. A young warrior who seemed to be the leader of the group immediately grabbed a spear, took a stance that aimed the spear at the backpack and then threw it hard.

The spear wobbled in the air and dropped to the ground only halfway to the target. The other warriors laughed, so the young man hastily grabbed and threw a second spear, which veered far off to the right. Another warrior jumped up to show up the others what he could do; he threw a spear and missed.

Soon, the entire group of warriors was throwing spears at David’s backpack. Everyone missed. Then they started making excuses for why they couldn’t hit the target.

I asked if there was anyone left in the village who might be able to accomplish this feat. They told us about an old man who was the last warrior they knew to kill a lion as his rite of passage. They went to get him.

As this old warrior slowly came around the corner, we could tell he had a different demeanor than the younger men. His skin weathered like leather from spending his life out under the sun, he had a confidence that came from years of providing for and protecting his village. He didn’t say anything but just nodded as the young warrior pointed out the backpack on the other side of the parking lot.

Slowly, the old man bent down and picked up one of the fallen spears, taking a stance that told us this was not his first battle. He leaned back, and with a speed like none of the others, he snapped his arm forward. The spear took off like a heat-seeking missile, heading toward its intended target. With a thud, it plowed into David’s leather backpack. Our team cheered as the victor turned around and shuffled off.

I stood in awe. Time had overtaken his body, but this old man still had the heart of a warrior. But my heart ached for those younger men. Even though they had called themselves “warriors” in speaking to us tourists, they knew in their hearts they were nothing but trinket peddlers.

A thousand thoughts come to mind as I look back on that day. Have we as a church become a lot like this group of Maasai warriors? Within the walls, we have men who claim to be warriors. They stand around beating their chests and posing, but when put to the test, they fall short. In reality, they are nothing more than religious trinket peddlers.

Have today’s men left the command of our Lord and commander in chief to “Go into all the world” to the women? Do we have a warrior left in our midst?

I have a dear friend who has been in the battle this week. He has used his power and influence to take a stand against the slaughter of unborn children. Like any warrior, he has wounds from his most recent battle, not only the wounds of the enemy but those from the other so-called warriors who surround him. Today issues cannot be solved by political correctness for those are for the trinket peddlers. We need new generations of warriors “and (they will take up) the sword of the Spirit which is the word of God.” Ephesians 6:17b