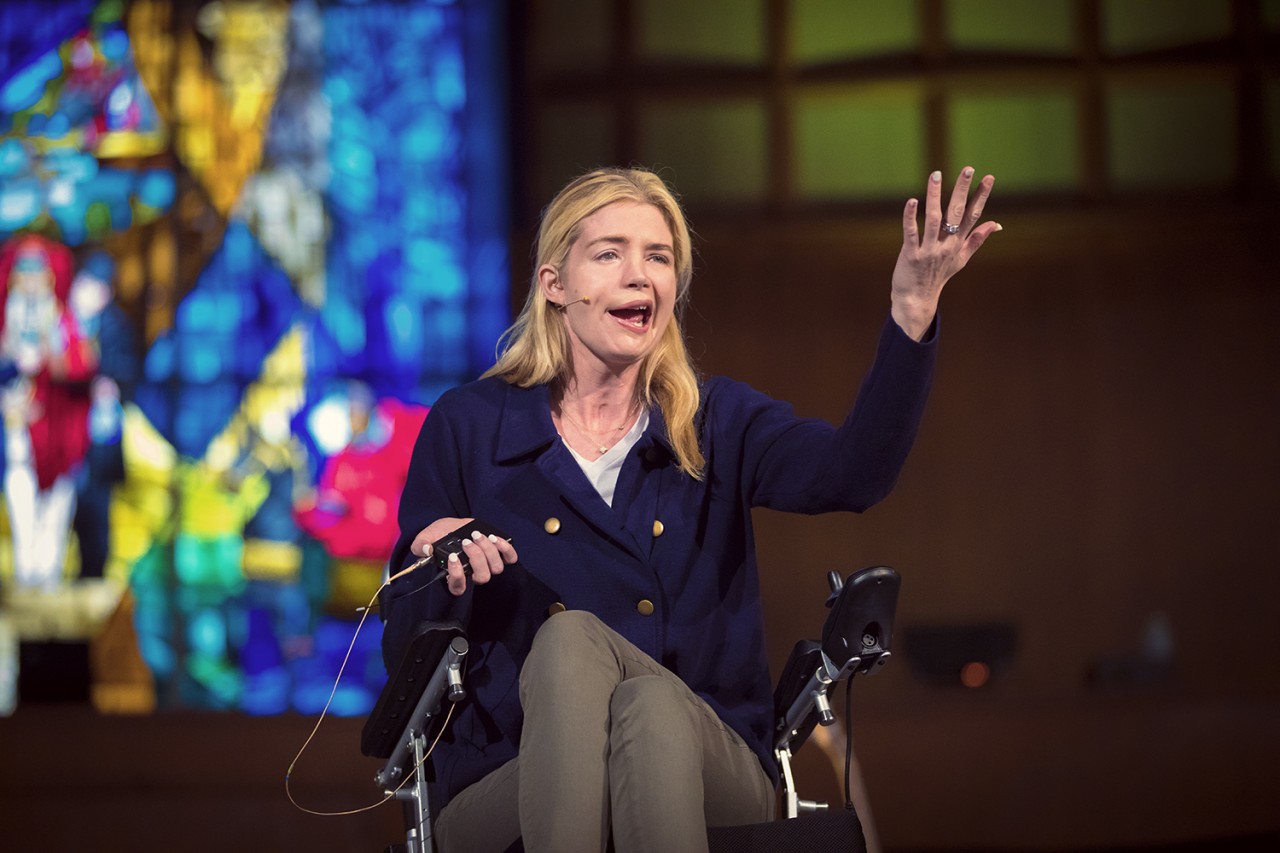 On Wednesday, March 13, students and faculty gathered in Raley Chapel’s Potter Auditorium for the Woman’s Mission and Ministry Day with guest speaker Katherine Wolf. She shared her remarkable story of suffering from a brain stem stroke at age 26 shortly after having her first child and how God has used that experience to bring hope and healing to her life. 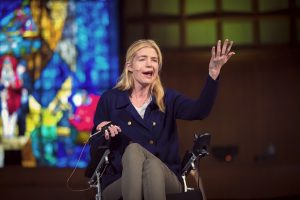 Katherine Wolf delivered a powerful message of hope and healing during chapel Wednesday, March 13. She shared her remarkable story of suffering from a brain stem stroke at age 26 shortly after having her first child and how God has used that experience to bring hope and healing to her life.
OBU photo by Heather Hamilton.

“We all have brokenness,” she said. “So, we’re all kind of on an equal playing field here.

She referenced John 16:33, noting that in this world we will have trouble of all kinds, but that despite that, we can take heart because Jesus has overcome the world.

Katherine and her husband, Jay, are survivors, storytellers, advocates and evangelists. In 2008, at the age of 26, Katherine nearly died from a catastrophic brainstem stroke. Her survival and recovery, not to mention that of her marriage and family, have been nothing short of miraculous. Katherine and Jay are in full-time ministry together through Hope Heals, leveraging their story to encourage those with broken bodies, broken brains and broken hearts.

Engaging both faith-based and secular communities, they seek to bridge the gap between those disabled on the outside and those disabled on the inside with the hope that Jesus brings healing to the deepest pains we all carry. They co-authored their first book, “Hope Heals,” published by Zondervan in April 2016, and launched Hope Heals Camp, a summer camp for families with disabilities in June 2017. They currently reside in Los Angeles with their two sons, James and John.

To view this or other chapel messages, visit www.okbu.edu/student-life/spiritual-life/chapel-messages.

With its campus located in Shawnee, OBU offers 10 bachelor’s degrees with 88 fields of study and five master’s degree programs. The Christian liberal arts university has an overall enrollment of 2,011, with students from 37 states and 40 other countries. OBU has been rated as one of the top 10 regional colleges in the West by U.S. News and World Report for 27 consecutive years and has been Oklahoma’s highest rated regional college in the U.S. News rankings for 25 consecutive years. OBU is one of three universities in Oklahoma and the only private Oklahoma university listed on Great Value College’s rankings of 50 Great Affordable Colleges in the Midwest. The Wall Street Journal ranks OBU second in the nation for student engagement among all U.S. colleges and universities. Forbes.com consistently ranks OBU as a top university in Oklahoma and the Princeton Review has named OBU one of the best colleges and universities in the western United States for 14 consecutive years.