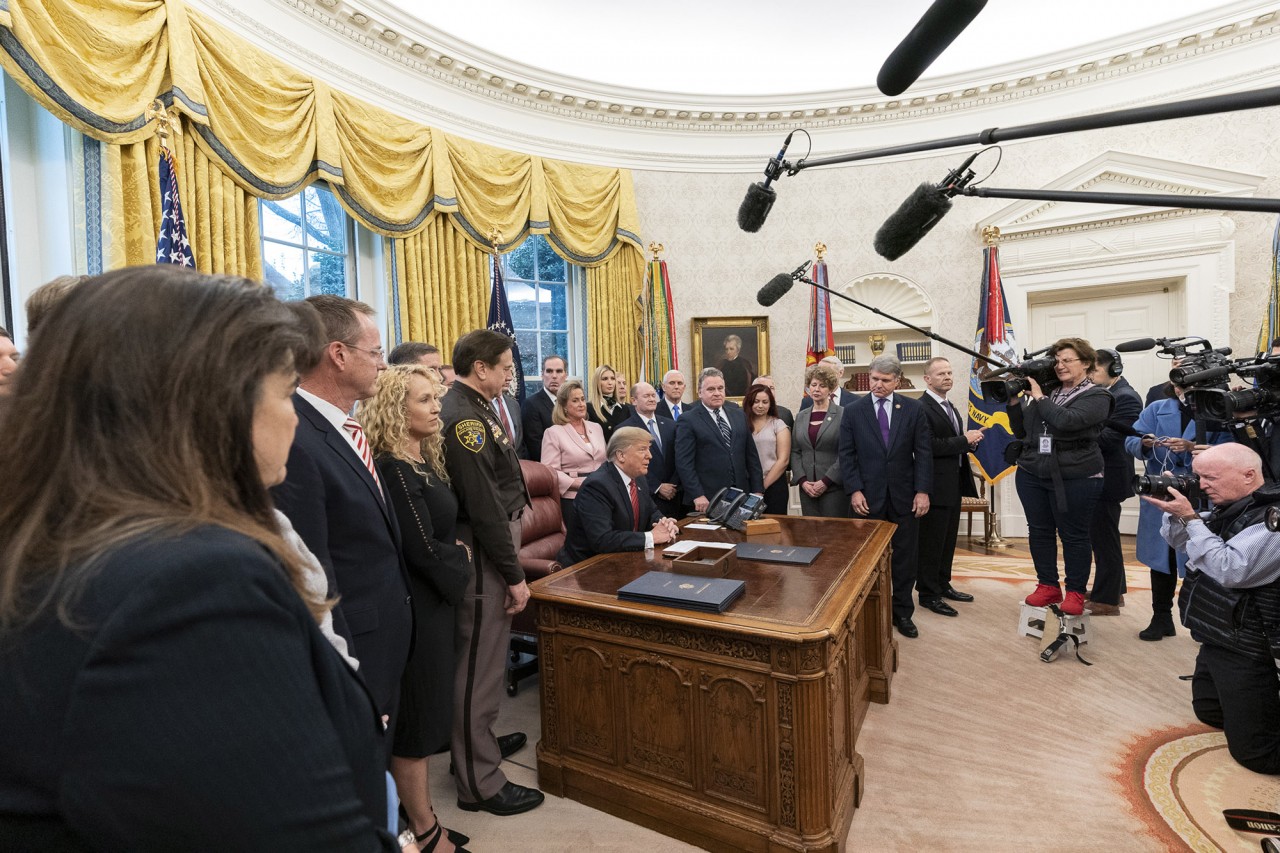 LAKELAND, Fla. (BP) — From the National Palace in Guatemala to the Oval Office in Washington, leaders of the Florida Baptist Children’s Homes have found themselves advocating for child sex trafficking victims on international and national platforms. 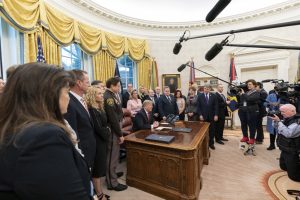 This year, they have led a conference for Guatemalan government officials on child trafficking and were present at the White House in January when President Trump signed an anti-trafficking bill.

In battling child sex trafficking, “we really focus on seeing the whole person,” said Christa Hicks, executive director of anti-trafficking at the Florida Baptist Children’s Homes, a ministry also known as One More Child to better reflect its national and international scope. “That includes a spiritual life and a life with God. We always are looking at how to reach &#91;trafficking victims&#93; with the Gospel but first … meet their tangible needs and look at safety and a way out.”

Hicks and One More Child President Jerry Haag told Baptist Press their ministry’s anti-child trafficking initiative has sought to communicate across the world that children exploited in the sex trade are victims to be rescued, not criminals to be punished. 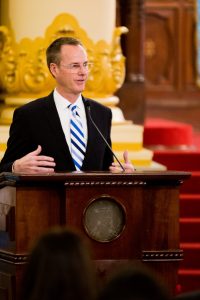 Economically disadvantaged children in particular, they said, are vulnerable to being propositioned for sex in exchange for basic necessities like money, food, shelter and school supplies. Such children need care and a way out, according to One More Child, before they reach their late teen years and resign themselves to a life as adult sex workers.

In late January, One More Child took that message to the Guatemalan National Palace in Guatemala City for a two-day conference at the invitation of Guatemalan First Lady Patricia de Morales. The conference’s first day focused on educating some 150 government leaders about child sex trafficking. The second day was geared toward Guatemalan church leaders and community members concerned with the problem.

The Guatemalan president and first lady “are Christians, so they have surrounded themselves with other Christians,” Haag said. “And they realize that the greatest impact we can make is a spiritual impact.”

The leader of a Guatemalan home for trafficked girls attended the conference, Hicks noted, and said “with tears in her eyes” that “everything we were saying that day about generational problems and complex trauma and vulnerabilities and the need to stop the cycles — every bit of it was stuff she had wholeheartedly prayed that Guatemalans would come to begin understanding.”

Closer to home, One More Child has worked with the Trump administration to develop anti-trafficking legislation. Between Dec. 21, 2018, and Jan. 9, 2019, President Trump signed four anti-trafficking bills. Haag and Hicks were in the Oval Office for one bill signing ceremony. 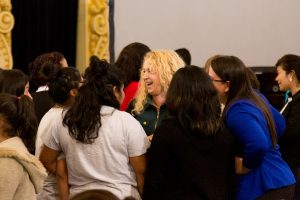 The U.S. and other countries “have welcomed us to the table as a faith-based organization,” Haag said. Governments aren’t necessarily seeking “to incorporate a Christian mindset” into their anti-trafficking efforts, “but they recognize the excellence with which we do programs. And they &#91;say&#93;, ‘We want you to come be a part.'”

Last year, One More Child impacted more than 249,000 children and adults with its full range of ministries, Haag said, including a safe home for child trafficking victims, mobile units to help trafficked children and advocacy and prevention programs.

Haag recalled one girl who had been trafficked and came to faith in Christ. “She was running down the aisle &#91;at a ministry event&#93; and running down the steps and just kept yelling out, ‘I’m free! I’m free!'”