Rite of passage: Principle of identification 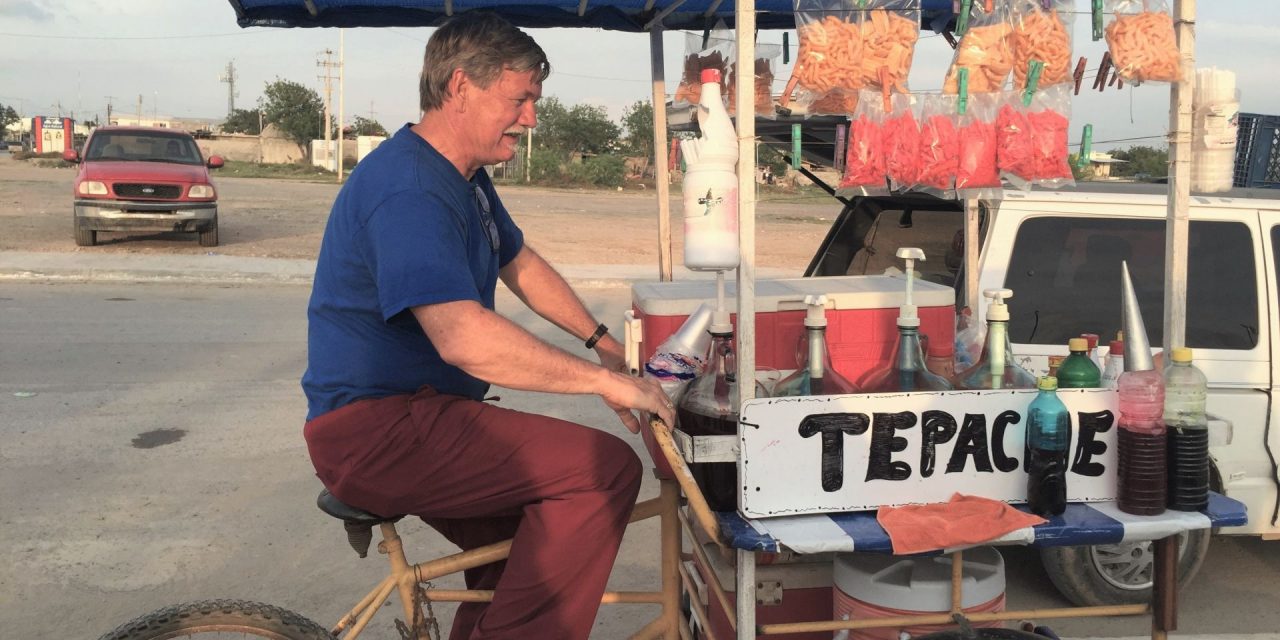 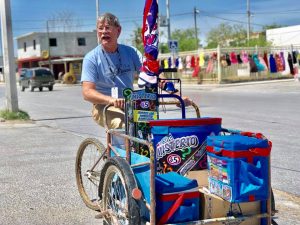 As a missionary who has served in many countries, I realize that the apostle Paul was practicing the principle of identification. He would find some way to step into their world. He would experience their culture, their customs and anything that would open a door and their hearts to hear the Gospel of Jesus Christ.

I am certainly not the apostle Paul, nor do I even come close to him, but in every culture, I have tried to find a way to experience what the people do, so I can identify with them. The first country where I exercised this principle was Mexico. I have often seen on the street someone pedaling a bicycle with a cart attached, selling snow cones, fruit juice or churros. I never thought much about their job until one day I asked a young salesman, “Is that hard?” 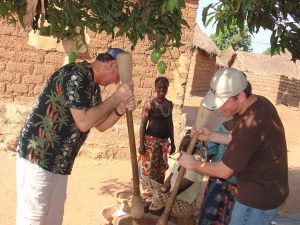 Walker and a friend pound grain in Africa.

With a crowd of students around me, I thought I would impress them with my bicycle-riding skills. I stood up on the pedals, pressing down as hard as I could, and nothing happened. The weight in the cart in front of me was greater than the weight I was putting on the pedals. I tried pushing it to get the wheels and pedals turning, but to no avail. After I had tried for a while, the owner, who was half my weight, gave me a push.

My calves ached as I tried to keep the cart going. I had to lean into the handlebars to get the bike to turn around. After all my effort, I had made only a small amount of progress and needed a siesta. In those few short feet, my appreciation and respect for what my young friend did grew immensely. I identified with him, and it changed my heart. 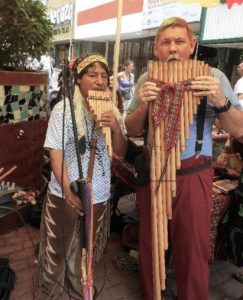 When in Africa, I was watching the women, one standing across from the other, take long, round sticks and pound the grain. One lady would thrust her stick down as the other one pulled up. The rhythmic sounding of the thud, thud, thud was almost hypnotic. They pounded this way for hours, turning the grain into coarse flour for cooking.

One day I asked the women if I could try pounding the grain. It looked easy. My request confused them, because in their culture, this was not men’s work. I insisted that I would like to experience what they were doing. My friend and I were each given a stick, and we tried pounding the grain.

First of all, I didn’t know the sticks were as heavy as they were. They had to be heavy enough to break down the kernels of grain. My friend and I didn’t have very good rhythm, and our sticks got stuck at the bottom. The more we pounded, the heavier those sticks got. Within about half an hour, my biceps were crying out for us to stop. The women made it look easy, but it was anything but. Again, my heart shifted to appreciate and respect these people more. 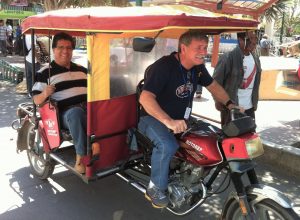 Walker driving a taxi in Peru.

Jesus, the Creator of the universe and everything that is in it, came to be human like us. Since He did, He can understand what we are going through. “For we do not have a high priest who is unable to sympathize with our weaknesses, but we have one who has been tempted in every way, just as we are—yet he did not sin” (Heb. 4:15).

We do not have a distant Savior. Jesus has been where you have been, walked the same road of life as you have, and He understands you and your situation. You can talk to Him about anything because He has already experienced it.  He stepped into our world, and He identifies with our struggles — even those that challenge us much more than pedaling a bike or pounding out grain.