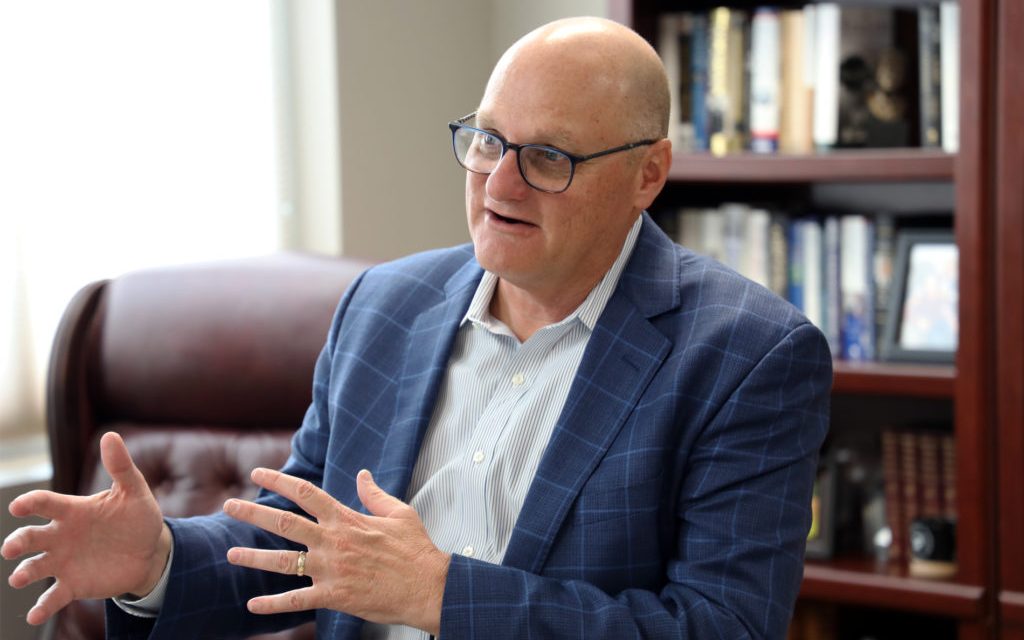 CLEARWATER, Fla. (BP)—Florida pastor Willy Rice has announced he will not seek the nomination for Southern Baptist Convention (SBC) president at the upcoming 2022 SBC Annual Meeting in Anaheim, Calif. The announcement followed a release from him on April 1 containing what he called “sensitive information” concerning a deacon at Calvary Church where he is senior pastor.

In a Twitter post on April 6, Rice said: “The last few days have been very difficult, and I’ve found myself in an untenable position of watching people I love in a church I love done immeasurable harm simply because my name was being considered for this office,” Rice said in a statement released on social media. “My calling is to my local church, my family and to the mission field God has given me. I wish to return my time and attention to those things.”

In the video released last week, Rice said “… a member of our deacon body committed sexual sin that could also be described as abusive.” He goes on to say, “It did not involve criminal charges, and he has never been identified by law as a sexual offender.”

According to the April 1 statement, the event occurred before the man was a Christian. “After this event, he experienced as his own testimony has consistently stated, a genuine conversion to Christ. He repented of his sin. He trusted in Christ, and he was baptized as a true follower of Jesus by God’s grace. His marriage survived. And several years after that, he came to Calvary, and he did not hide his story. It was a part of his testimony, and it was a story of God’s amazing grace,” Rice said.

Because of his past, the man was not allowed to serve in ministries aimed at children or youth, but actively served in other areas of the church, according to Rice.

“After several years of him being a faithful member in good standing and having served in multiple ways and having borne great fruit in his life, our church ordained this brother to the office of deacon, and there have been no issues during his service at our church,” Rice said.

Rice said the leadership at the church decided to take another look at the man’s ability to serve as a deacon at Calvary after he was contacted by a pastor from another state who had information about the event.

“We were challenged to think more accurately about our leadership structure and allowing him to serve as a deacon was inconsistent with our desire to stand against all forms of sexual abuse. We have all agreed that our brother should not continue to serve as a deacon at Calvary. Over the last three to four years, we have grown in our understanding of the dynamics of sexual abuse and predatory behavior,” Rice said.

Rice, a current trustee for the North American Mission Board, served as president of the Florida Baptist Convention from 2006-2008, as president of the SBC Pastors’ Conference in 2015, chaired the 2010 SBC Committee on Committees and chaired the 2016 SBC Committee on Nominations. He also delivered the convention sermon at the 2021 SBC Annual Meeting where current SBC President Ed Litton was elected. Litton decided not to seek reelection.

Rice said church leadership at Calvary will improve the process for interviewing candidates for leadership in the church. “We will continue to perform background checks and require abuse prevention training for all our deacons, as well as our pastoral staff and volunteers. And in the future, we will go beyond previous guidelines and will include additional inquiries into any history of sexual abuse,” Rice promised in the video.

Looking back, Rice said the incident should have been labeled abuse rather than sexual misconduct. “We have learned so much in recent years about the dynamics of sexual abuse. We listen, we learn and we try to lead. We’ve learned a great deal about what should be categorized as abusive behavior, and we grieve that we did not recognize some of these things sooner and apologize for our lack of compassion or concern for the victim,” he said.

Messengers to the 2021 SBC Annual Meeting passed a resolution stating that “any person who has committed sexual abuse is permanently disqualified from holding the office of pastor,” and, further, that “we recommend that all of our affiliated churches apply this standard to all positions of church leadership.”

In his withdrawal statement, Rice also expressed hope that another candidate for president will emerge “whose ministry has been characterized by leading in the local church with a passion for the Great Commission.” He added that he will continue to serve the SBC and cooperative efforts when he can, but that his primary focus will be his church.

The 2022 SBC Annual Meeting is scheduled for June 14-15 at the Anaheim Convention Center in Anaheim, Calif.