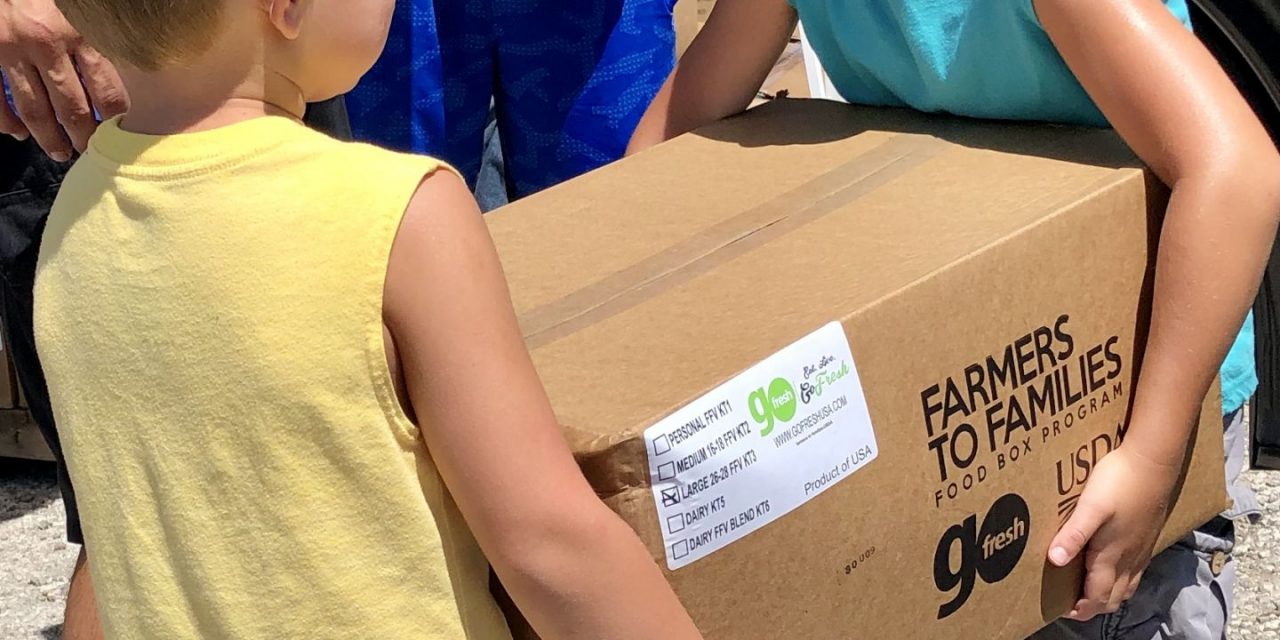 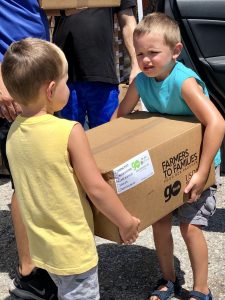 Cohen the Goodhearted and Titus the Honorable carry a 30-pount box of produce.

When I was in elementary school, our little country church wanted to build a new two-story educational building. The men of the church were mostly farmers, mechanics and blue-collar workers. They decided  they had enough skilled labor among them that after the concrete was poured, they could build the rest. They begin working together in the evenings and on weekends to raise the new educational building.

The fathers brought along their sons to help. I assisted with unloading and stacking lumber, sheetrock and electrical wire. I swept floors and hauled out trash as then men worked diligently on the building. One of the main jobs I had was running the electrical wires. As the holes were drilled through the studs, I would take the wire and feed it overhead and down the walls, from outlet to outlet and back to the electrical panels. You would be surprised how much wire it takes to get a two-story educational building up and running. 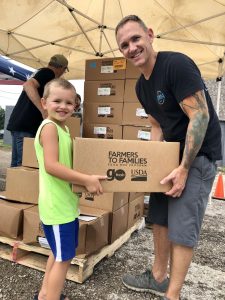 Titus and his dad Caleb

I felt as though I had a significant part in working beside the men. I didn’t mind the long hours and missing weekend activities. I stood with the men of the church as we surveyed what we did, and a sense of a job well done overcame us. I grew up working beside my mom and dad in Kingdom ministry.

My two sons did the same. They helped my wife and me as we ministered to the poor and offered help to struggling young people. One day as we came out of church, a homeless man approached me, asking for money. I told him I didn’t have any on me at that moment. My youngest son looked at him and said, “You can follow us home. My dad has some money in a piggybank, and he will give you some.” He knew our family shared even the little we had with others.

One cold winter night, my oldest son walked in from a middle-school football game. We had just bought him a new winter coat, yet he wasn’t wearing it. I jumped to the conclusion that he had lost it. 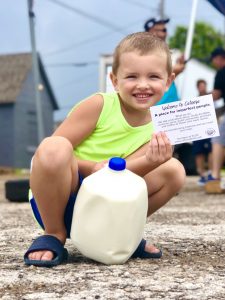 “Where is your good winter coat?” I asked in that disgusted-dad tone. He explained that there was a kid in his class whose family experienced lots of financial setbacks. “I saw him at the game with no coat, and he looked like he was freezing. Dad, I gave him my coat. I still have an old one here at the house, and it’s still in good shape. I will just wear it for the rest of the winter.” I don’t think I have ever been so proud as a father.

My son Caleb, pastor at Catoosa, First, has been involved with the “Farm to Family” food distribution. Each week, truckloads of food are unloaded on the church parking lot, and people wait in a mile-long line of cars to get a box of free food. I have gone out each week to help him, as many members of his church are at work.

When their school went to virtual learning due to the pandemic, 6-year-old Titus the Honorable and 4-year-old Cohen the Goodhearted came to the food distribution too. We thought they would stay in the Fellowship Hall and play, but no, they wanted to help.

Each grabbing one end of a heavy box, Titus and his dad loaded up car after car. Next, Titus became the milk distributor, hauling gallons to the various cars and passing out information about the church. He then got his 4-year-old brother to join the team. I looked over and saw Titus and Cohen grabbing a 30-pound box of produce and carrying it to a car. At the end of the day, they felt good about themselves and their service to others.

Servanthood is caught more than taught. I learned the example of servanthood from my parents. My sons learned it from my wife and me. Titus the Honorable and Cohen the Goodhearted learned it from their parents, and I believe someday, they will teach their children to serve. Much of what I know about serving, I learned from doing it myself.

The essence of the Kingdom of is serving. Our Lord Jesus said, “For even the Son of Man did not come to be served, but to serve”(Mark 10:45a).

“But be doers of the Word, and not hearers only, deceiving yourselves” (James 1:22, ESV).

If you want to teach your children the essence of Christ, find a way for them to serve others.

Some time ago, I wanted to take my sons to see the education building I helped the men of the church build, but I heard it had burned down due to faulty wiring. Maybe I should stick to sweeping—or carrying boxes of produce and gallons of milk.