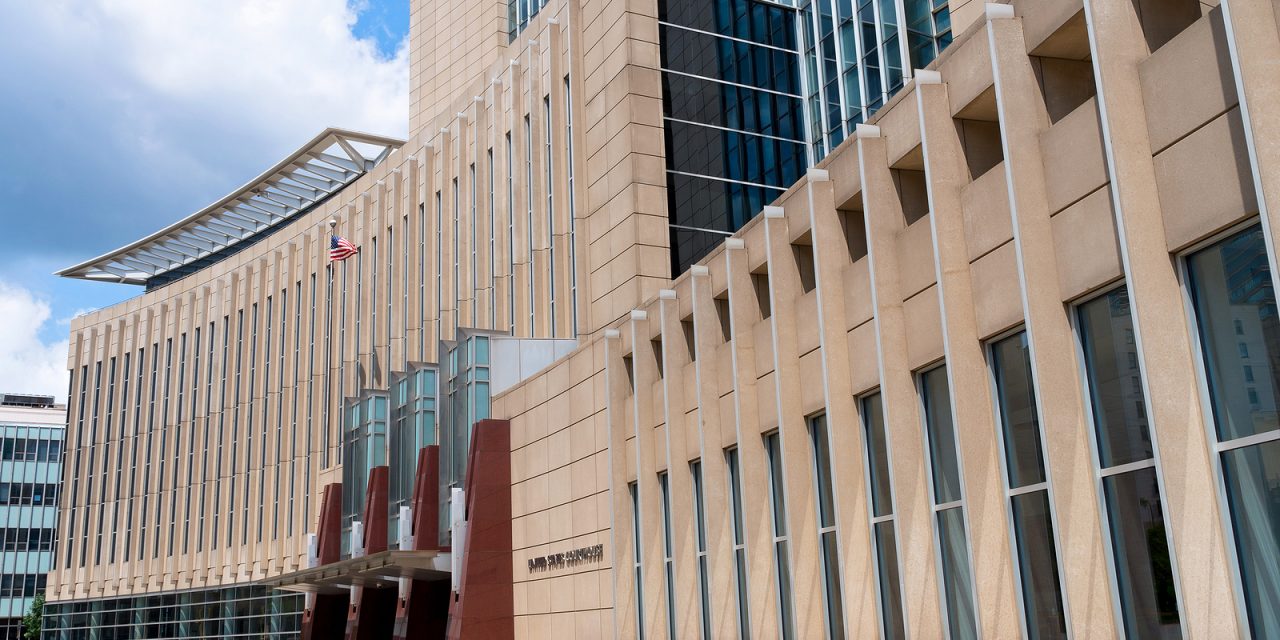 MINNEAPOLIS (BP)—Leaders and pastors in the Southern Baptist Convention (SBC) joined others April 20 in commenting on the verdict of former police officer Derek Chauvin as guilty on all counts in the death of George Floyd.

The jury issued its verdict after 10 hours of deliberation, and almost 11 months after a bystander videoed Chauvin, an 18-year veteran of the Minneapolis Police Department, kneeling on Floyd’s neck for 9 minutes and 29 seconds after detaining him May 25, 2020, when Floyd used a counterfeit $20 bill to pay for cigarettes. His death that day touched off nationwide protests and violence. Judge Peter Cahill read the verdict: the jury found Chauvin guilty of second-degree unintentional murder, third-degree murder and second-degree manslaughter.

Chauvin was taken into custody immediately and will be sentenced in the coming weeks. He could potentially be sent to prison for decades.

While lamenting Floyd’s death, several Southern Baptist leaders said they were thankful justice had been served.

“The jury in this case deliberated and made a unanimous guilty verdict. Unfortunately, the guilty verdict won’t bring George Floyd back to the dinner table with his family and friends,” said Marshal Ausberry, pastor of Fairfax Station, Va., Antioch, and SBC first vice president. “It is a tragic loss, and there are no winners.”

Ausberry, who is also president of the National African American Fellowship of the Southern Baptist Convention, added: “The death of George Floyd is one more horrific memory added to the historical trauma that African Americans live with every day. While we don’t know Derrick Chauvin’s motivations, his actions resulted in a needless and senseless death. I pray for Derrick Chauvin and his family as they also have to live with the consequences of his actions.

“I pray for George Floyd’s family as they grieve their loss and that God grants them peace. I pray that the justice delivered will help the healing process for them and their community. I hope that the death of George Floyd will bring about police reform throughout the nation. There are many good and dutiful law enforcement personnel—we cannot taint all of them with the actions of Derrick Chauvin. But when law enforcement personnel cross the blue line, they need to be subject to swift justice.”

Ronnie Floyd, president and CEO of the SBC Executive Committee, echoed those sentiments.

“While we are extremely grateful for our law enforcement officers who risk their lives daily to protect us in every way, we are also saddened when any misuse of authority causes harm to the very people they seek to protect,” Floyd said. “When that happens—as the jury determined in this case—justice must be served.

“Our path forward as a nation should be one paved with standing together, mourning together, committing to truth, and resolving to press forward together in the spirit of Christ, our Prince of Peace.”

Emory Berry, pastor of Decatur, Ga., Greenforest Community, near Atlanta, urged others to see the verdict as a starting point to healing.

“Like many Americans who have watched our country go through political instability and racial injustice over the last year, it is vindication to see that the justice system did, in fact, carry out its civic duty in a way that is moral, ethical and right,” Berry said. “As we grieve for the Floyd family and all of those who have died senselessly at the hands of law enforcement, our souls also grieve for those who still cannot see the wrong that was committed on that horrific day.

“My prayer is that this will move us toward healing and greater police reform. Over the last year, I’ve gained a lot of hope by seeing various cultures, nationalities and races come together in the hopes of seeing a better America.”

SBC President J.D. Greear, pastor of Durham, N.C., The Summit, acknowledged the historical significance of the verdict for Black Americans and the push for all to speak up for racial justice.

“I know that for persons of color, today’s verdict ties into long-standing questions about justice and equal treatment under the law,” Greear said. “As we said in the wake of this incident almost a year ago, we cannot remain silent when our brothers and sisters, friends and/or people we seek to convince of Jesus’ love are mistreated, abused or killed unnecessarily. I have prayed for our leaders as they sought justice and am thankful for their work to that end.”

Southern Baptists joined others on social media, making the verdict the top trending topic on Twitter. Russell Moore, president of the Ethics and Religious Liberty Commission, was among them, tweeting: “Grateful for justice rendered in Minneapolis. Let’s remember today the family of George Floyd. And let’s work together for a new era of racial justice and American hope.”

Leo Endel, executive director of the Minnesota-Wisconsin Baptist Convention, called for Southern Baptists to pray for continued healing and to contend for justice.

“We are broken people living in a broken world,” Endel told Baptist Press. “This entire tragedy has reminded us of how deeply broken we really are. Only Christ can heal this brokenness. I am praying that the justice dispensed by today’s jury will help us move forward to greater justice, fairness and healing. As Christians, we must fight for the souls of men and for a fair and just society that protects the rights of all. May Jesus use us to bring healing, justice, hope and salvation in the midst of turmoil.”

Following Floyd’s death last year, protests stretched worldwide calling for racial justice and equality. Chauvin and the other three officers involved were fired by the Minneapolis police chief. As jury selection began for the trial, the city reached a $27 million settlement with Floyd’s family.

In court, Chauvin’s attorney attempted to build doubt that Chauvin’s actions led to Floyd’s death, citing that Floyd had high blood pressure, an enlarged heart and fentanyl and methamphetamine in his system. However, medical experts for the prosecution testified that Floyd died from asphyxia, or lack of oxygen, due to his face-down position on the pavement, with his hands cuffed behind his back and Chauvin’s knee placed on his neck.