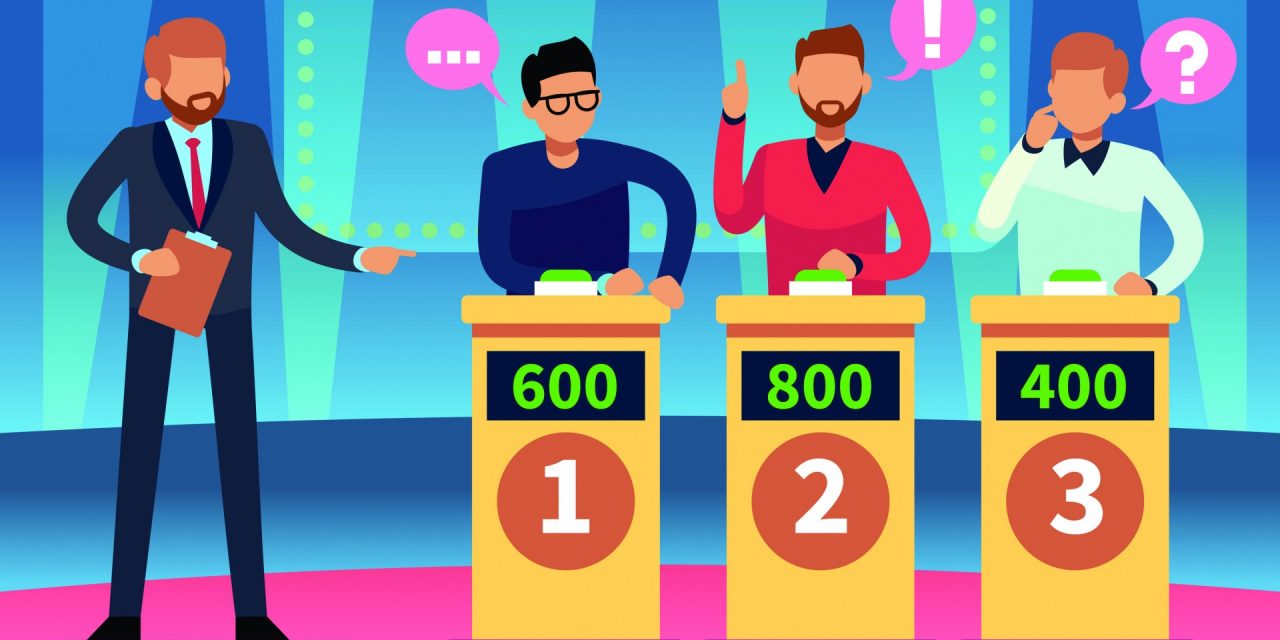 As they were growing up, my children thought I should be a contestant on the television show “Jeopardy!” It is easy to sit on your couch and answer the questions, but being in front of a live audience is only for the smart and brave of heart. I only qualify in one area.

During one season of my life, I was doing some extended mission work in Illinois. After speaking at the church, I would fly home on Monday morning. To get back to Tulsa, I had to change planes at O’Hare International Airport in Chicago. While I waited for my flight, the television in the departure lounge would be tuned to “Jeopardy!”

I like “Jeopardy!,” and I don’t like “Jeopardy!” I like it when people give the wrong answer, because I don’t know it either, and somehow, I am comforted that I’m not the only one who doesn’t know. I also take some comfort that it wasn’t me who flubbed an answer on national television. I don’t like it when a contestant answers an impossible question, like the day a contestant said, “Alex, I would like ‘Bible’ for $1,000.”

Since I have been through more than 50 years of Sunday school and about 13 years of Vacation Bible School, in addition to being a faithful Royal Ambassador, I knew I should have a good shot at getting this one right. Then Alex Trebek said, “The mother of Abraham’s children Zimran, Jokshan, Medan, Midian, Ishbak and Shuah.”

Before Mr. Trebek could finish the question, one contestant was pushing his handheld button as hard and as fast as patient in control of a morphine drip. His answer, “Who is Keturah? Alex, you might not know this, but Jokshan became the father of Sheba and Dedan according to Genesis 25:3.” And Alex commended him for his correct response.

I sat there stunned, thinking, “When did Abraham take on another wife? How does this guy know that Jokshan was the father of Sheba and Dedan?” The only thing I could think of to help me feel better was that I must have missed that day in Sunday school.

I began to notice something. The “Jeopardy!” episode I watched in the morning in Chicago was broadcast that same night in Tulsa. So I began to pay attention to the answers, and each time I flew home, I had my sons watch “Jeopardy!” with me that evening.

When the question came up about Abraham’s children, I leaned over to my boys and said, “That’s an easy question: Who is Keturah?” And my boys would look up at me as though they had a wise and holy man living in their home. In fact, they were impressed with my mastery of such a vast range of information—everything from the writings of Thoreau to early Russian history.

However, all good things must come to an end. First, my sons noticed that we only watched “Jeopardy!” when I flew back from Chicago. And once when I was joking around, I gave the answer before the question was asked. Being the brilliant children they were, they figured out what I was doing, and the scam was up. I have to admit it was fun while it lasted.

This brings me to what I really want to ask you. Where do your children go to find answers? The very essence of being a child is learning about the world around them. They ask questions like, “Where do babies come from?”, “How big is God?”, “Where do animals go when they die?” or “What do I want to be when I grow up?” Life is full of questions, and where your child goes to find the answers will, in many ways, determine their worldview.

Don’t ever forget that the enemy is out to “kill, steal and destroy,” (John 10:10b), and that includes your children’s thought processes and value systems. It is your God-given duty to guide your children to the proper places when they have questions. Help them discover the answers to life in the Word of God. Help them find godly influences that can help mold their lives, and then they will win the game of life.

“Now Alex, I will take Bible for everything my children are worth.”