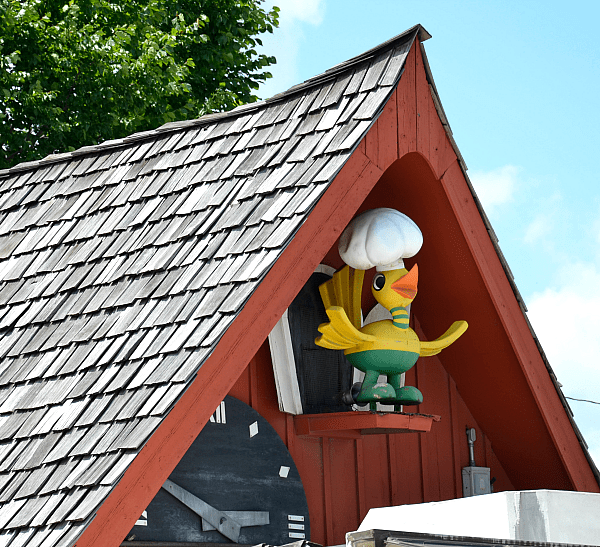 I spent my teenage years in Chillicothe, Mo. I lived there during the “Happy Days” era of our culture.

The town was perfect for teenagers. On the north end of town was the Ku-Ku hamburger joint. There were more than 200 of them during the ’60s. Most of these restaurants were in the shape of a cuckoo clock with the iconic cuckoo bird perched on a plank near the top of the building. The food was reasonably good, and you couldn’t beat the price.

Our Ku-Ku restaurant was in the parking lot of a shopping center. As you came out of the Ku-Ku, you turned left and headed south on Washington Street for 2 1/2 miles. When you reached the south end of town, you made a left-hand turn, pulling into the Dog n Suds restaurant. You drove slowly around, checking out all the cars and people, and then headed back north to the Ku-Ku.

Every Friday and Saturday night, almost every teenager was on this loop, driving from one end of town to the other. Sometimes we would park and lean against our car, watching the parade of friends go by. We took notice of who rode with whom.

In those days, we modified our cars. We thought it was cool to install a set of Cherry Bomb mufflers and feel the legendary deep and mellow thump as we crept along. We hand-washed and waxed our cars just for the night. Sometimes we would jump into a friend’s car to make the loop or get in our own and join the parade.

It seemed as though our town was divided into two groups: the Ku-Ku group and the Dog n Suds group. I hung out on the north end at the Ku-Ku, which may explain how I ended up where I am today.

I have such great memories of these years. Friendships were made, love connections were made and lost, all in one day. But all good things must come to an end, and the Ku-Ku chain went out of business—or so I thought.

Not long ago, I was on my way to speak at Lenexa Baptist Church in Lenexa, Kan. I had Googled my route, and I discovered I would be going through Miami, Okla., during lunch hour. I got on Trip Advisor to check out places to eat, and up popped a Ku-Ku restaurant.

The site went on to say that the Waylan’s Ku-Ku restaurant was built in 1965 and is the last Ku-Ku restaurant left in America. On Friday, I pulled into the Ku-Ku parking lot. Out front, they have a display of vintage cars. I ordered my usual. The burgers are still good; the French fries are hot, and the memories of days gone by remain vibrant.

I finished my conference in Lenexa at 11 a.m. and had to leave for Hannibal, to speak at the 150th anniversary of Antioch Baptist, the church where my wife and I were married. The drive is straight across Missouri from Kansas to a few feet from the Illinois state line.

It was a tight schedule, but our route took us through Chillicothe. I pulled off the highway and made the loop one more time. It was a little sad: the Dog n Suds is gone; the Ku-Ku is gone, but halfway between these two on the loop is Calvary Baptist Church. This is the church where I learned about missions in the Royal Ambassador program. It is the church where I felt the call to ministry, and it is the church that licensed me to preach the Gospel. It is also the church that kept me grounded during my teenage years.

Yes, right between the Ku-Ku and the Dog n Suds, God had a church. I can’t go back to these restaurants, but I can return to the church. Many of those who poured into me as a youth are still living. Like me, they are older and slower, but they are still serving the church. The only things that will last for eternity are the things God has done through his people.

As you can see, this experience was quite a journey—from finding the last Ku-Ku restaurant to returning to where God touched my life and finally speaking in the church where I met and married my wife. I am usually so busy that I don’t take time to reflect; I need to stop and reflect more, because God asks us to look back on His work: “Remember Your Creator in the days of your youth” (Eccl. 12:1a).

Besides, if you don’t reflect, you might go Ku-Ku!