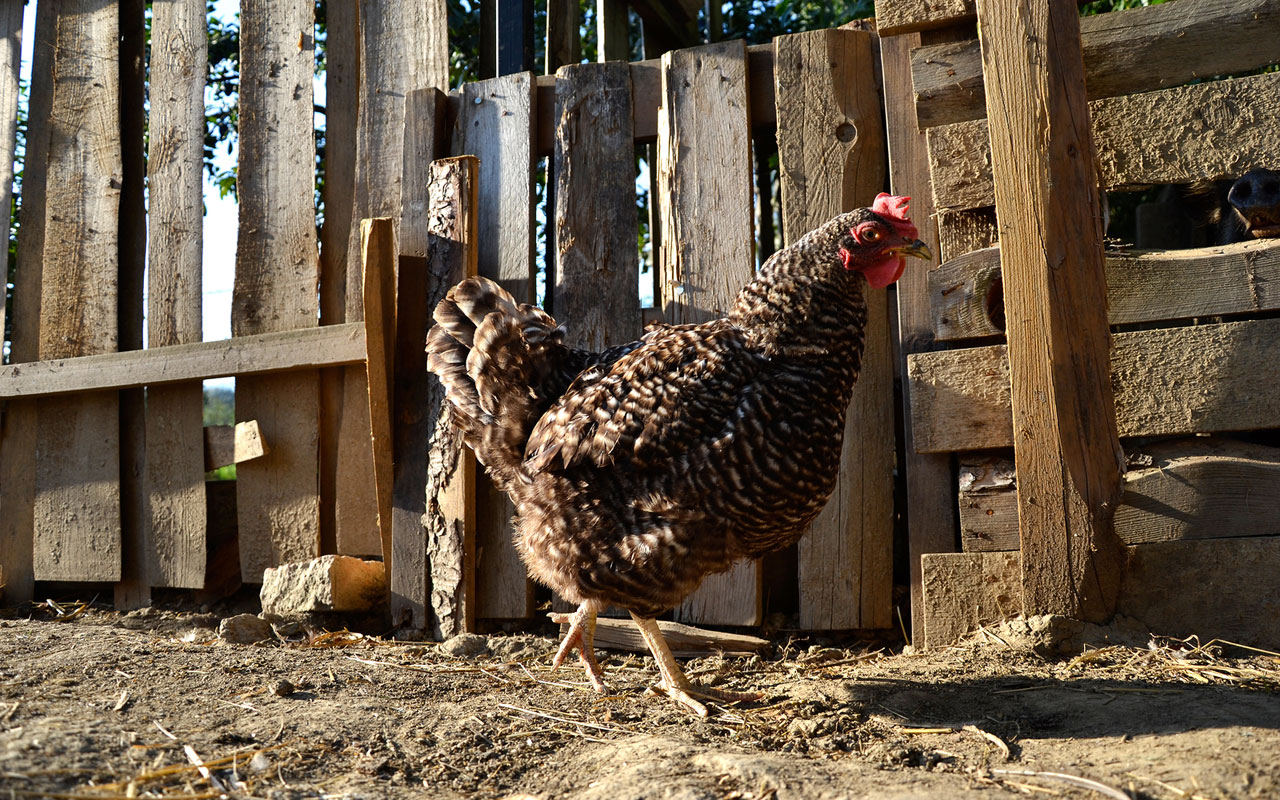 I just finished the summer—the summer of mission work with Awe Star Ministries, that is. Altogether, our students traveled more than 200,000 miles; ate almost 9,000 meals; and slept in huts, hotels, hostels, hammocks and cots, indoors and out.

They preached the Gospel on television and in villages, jungles, cities, schools, malls, street corners and marketplaces. They shared it in the pouring rain, the heat of the afternoon and the dark of night. They traveled by boats, buses, cars, trucks, more boats and buses, taxis, airplanes and a cage that swung out over the Amazon River.

But the most unusual thing that happened this summer (besides eating guinea pigs in Peru) had to do with a chicken. Our team was in the village of Cañitas, the doorway to the Darien Jungle in Panama. We were scheduled to present the Gospel to two schools, but on the night before, we got word that there was a nationwide teachers’ strike. All schools would be closed the next day as the teachers headed to Panama City to protest changes in their contracts.

One of the truths Awe Star lives by is that our disappointment becomes God’s divine appointment. So we began to pray about what God might have for us that day. The pastor of the little church where we were based told us about a nearby community that had sprung up where we could do door-to-door evangelism. Our students loaded onto a truck, and we made our way there. We divided up into ministry teams, each taking a street or two.

As people came to their doors, we introduced ourselves as a group of American students who would like to learn more about their culture and family life as well as their religion. We also asked how we might serve them. Over the years, I’ve done people’s laundry, washed their floors, fed their babies, pulled weeds and worked in the fields. Few people will turn down free labor.

As our team was going door to door, I heard some unusual sounds coming from the house across the street, where another team was speaking with an elderly woman. At least some of what I heard sounded like laughter.

It turned out that this elderly woman was confined to a wheelchair and was already a believer. The team enjoyed their conversation with her, and at the end of their time together, they asked, “Is there any way we can serve you?”

Without hesitation, she replied, “There’s a chicken stuck between my bed and the wall. Can you free it?”

For most people, this would have sounded like an impossible request. But this team happened to include a young man named David Babb. Even though he is still in his teens, David has been through a lot. Several years ago, his family served in an orphanage in Mexico and had to escape a dangerous situation in the middle of the night. David was once picked up by a tornado and carried about 15 feet, and later, he survived a serious auto accident. But right now, he works on a chicken farm.

Before we arrived in Panama, David told us he was looking forward to a break from the chickens. But here he was, climbing onto the woman’s bed and looking down on the small space between the mattress and the wall. And what he saw was a very sick, very ragged chicken.

David plunged his hand down and grabbed the bird by its ankles (do chickens have ankles?). With a tug, he pulled out the miserable creature and, ever so calmly, took it outside and set it down. As you know, nothing in the world happens without someone videoing it, so we have footage of this daring rescue.

Yes, the lady of the house already had Jesus in her heart. But what she needed that day was chicken aid. What are the odds that on that day in her house, we would have a young man who was an experienced chicken wrangler? With Jesus, they’re always 100 percent.

When David was looking forward to a break from the chickens, he had no idea that God was going to use him to serve a sister in Christ in a little community on the edge of the jungle in Panama. But in my years of following Jesus, I have learned something about God. Nothing is wasted with Him. He uses the heartaches in our lives to minister to others. He uses our experiences to advance His Kingdom. As Paul says, “And we know that in all things God works for the good of those who love Him, who have been called according to His purpose” (Rom. 8:28).

That’s true. Even when “all things” is only fowl play.