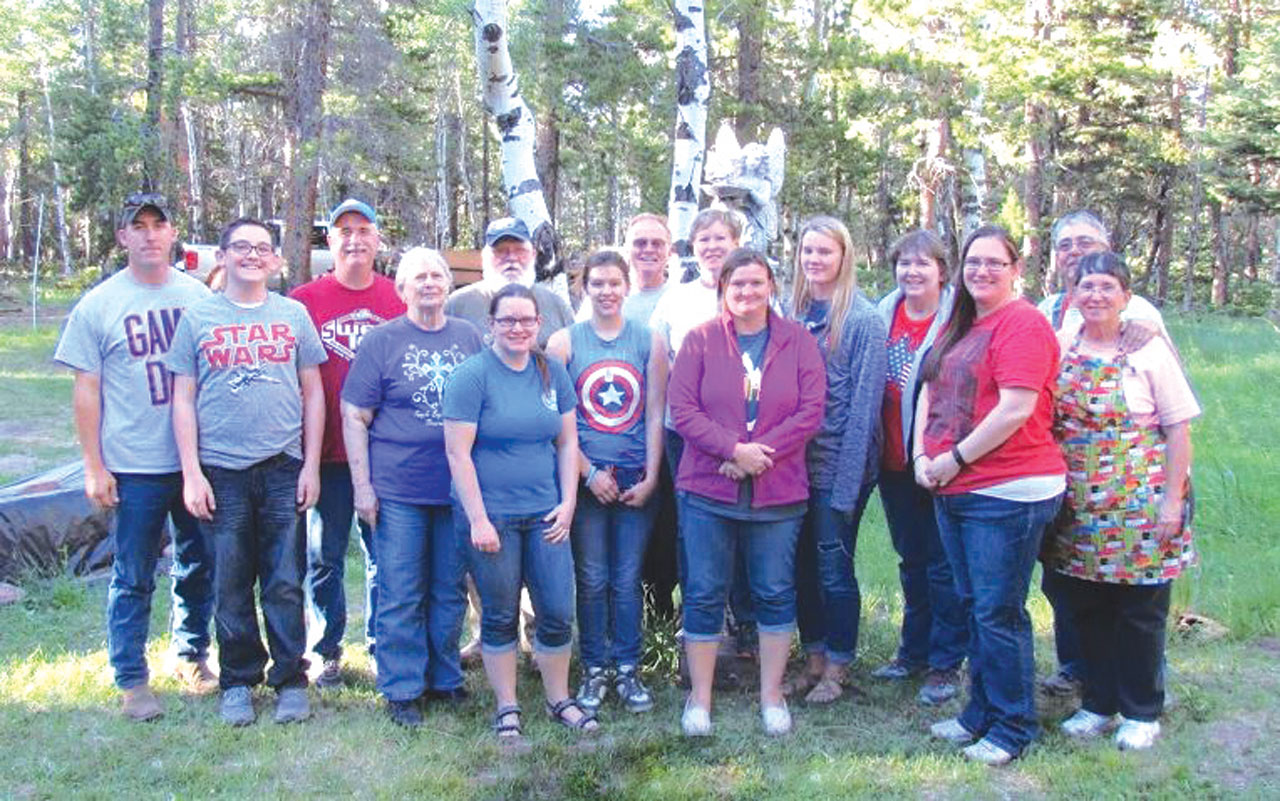 SHAWNEE—Margaret Akin is not your typical octogenarian. She works at least 20 hours a week as secretary at Shawnee, Temple, leads a weekly women’s Bible study, cooks for funeral dinners, and is the beloved matriarch to a 68-member family, including another great-grandchild on the way.

But, mission work is not new to Margaret. Her own mother and grandmother led Woman’s Missionary Union (WMU), an organization which supports missions, and her sisters also were involved. One, Carol Anglin was director of Northwest WMU for many years.

All of Margaret’s daughters have been on several mission trips, and the legacy lives on down to her great-grandchildren, three of whom just returned from mission trips to Nicaragua.

But, she had never been on a trip herself.

When a mission trip to Fort Garland, Colo., Gateway to the San Luis Valley became available, Margaret considered it. The target was a newly-planted church with about 30 members which meets at a restaurant that closes for Sunday services. A year ago, Laura and Lawrence Guest, a couple from Shawnee, Temple, moved to Fort Garland to help start the church. The town is very small, and as one mission trip member commented, “It has three marijuana stores and three empty churches.”

Nestled in a beautiful valley, the nearby Great Sand Dunes are the tallest in North America. Also, the frontiersman Kit Carson was once stationed in the valley where a Civil War battle was fought.

Margaret worried that she might hold the group back because of her age, but she signed up to go anyway, the dream of a lifetime. Her job was to teach Vacation Bible School children Bible verses, so with her daughter Kay’s help, she made several crafts for each day. Her favorite part of the trip was watching the kids learn the verses through games and crafts. For example, they made hearts to spell out the words, “For God so loved the world that he gave his only son . . .”

Beautiful white hair and pale blue eyes becomes Margaret, and she gets more beautiful every year. This year, God used her kind, sweet, caring spirit to help others on a mission trip. She loves to travel and enjoyed the mountains. But mostly, she was glad she did not fall behind the other members. She even hiked up to the first crest of the sand dunes!

Margaret, through her awesome faith, has been such an inspiration to many.

Her family was concerned she might be exhausted after the trip, but she came back rested and refreshed. Obviously God meant for her, an elderly woman, to go on that mission trip and, who knows, maybe go on many more trips!