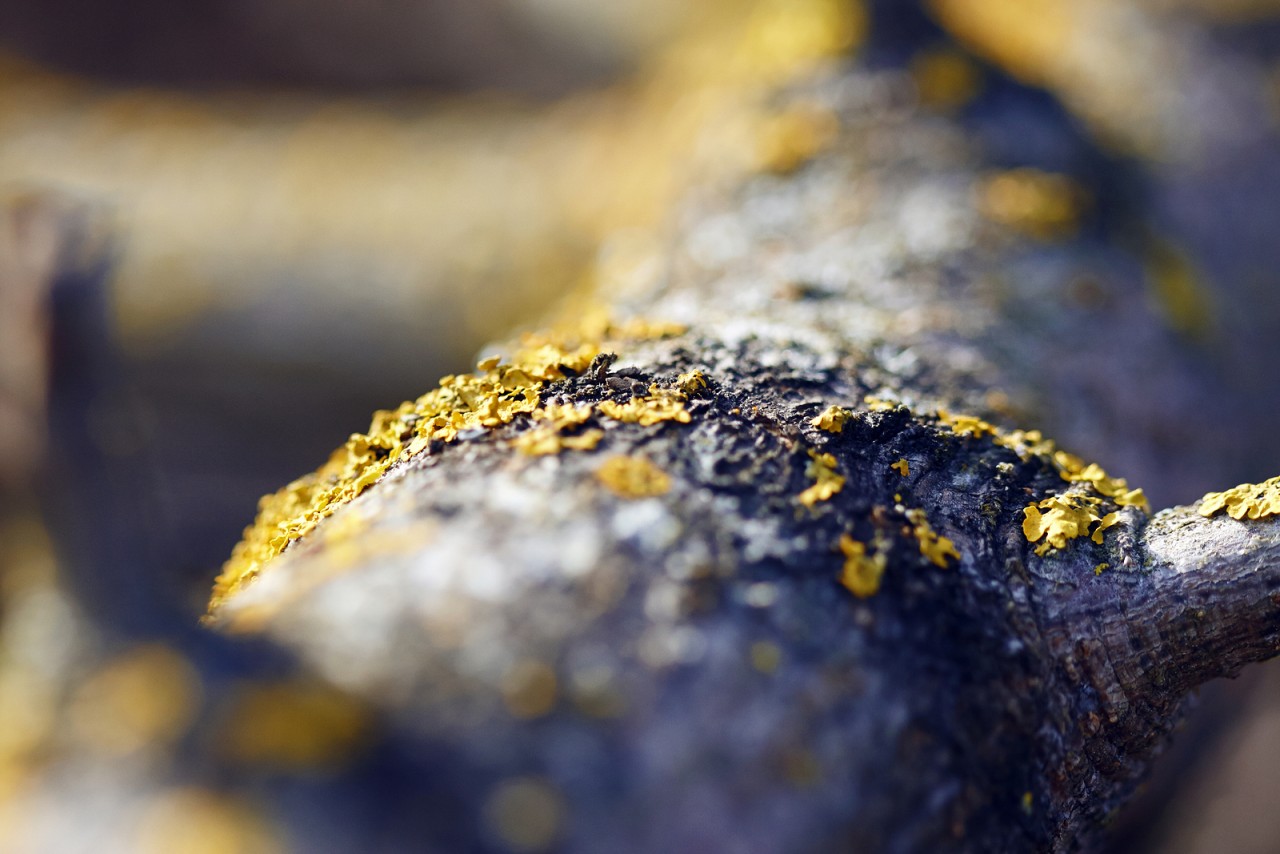 It was my last speaking engagement before my surgery. I was invited to speak once on Saturday night and twice on Sunday at Altus, Martha Road. I have spoken there several times, and it is the kind of church that blesses you more than you can bless them. It reminds me of the church I grew up in; they just love on whoever walks through the doors.

It’s a three-and-a-half-hour drive from my home to the church, so I left early on Saturday so I would have a few minutes to rest in my hotel room before I had to speak. I pulled away at 12:30 and ran into torrential rain—the kind where the back of your neck tenses up as you try to see through the tick-tock, back and forth of the wiper blades. Traffic was crawling along, and after an hour and a half, I finally broke loose from the black clouds hovering over me.

I was excited. I could now pick up speed and dash through Oklahoma City, heading south to Lawton. Then I looked up and saw a sea of red lights; traffic in front of me had come to a standstill. I stopped and put my car in park as ambulances and fire trucks passed me on the right side of the road.

Twenty minutes later, I glanced down at my dash, and lights started coming on that I had never seen before: a triangle with an exclamation mark, big letters that read “TCS” and a picture of a motor. It looked like the dash was celebrating Christmas. I didn’t know what those lights meant, so I called my wife. She looked them up online, and from the sound of her voice, I needed to get out of the car and run as fast and as far away as I could.

Forty minutes later, the traffic began to move. I had about half an hour to get to Lawton. My transmission was acting up, and I prayed that God would at least get me to some type of mechanic. I pulled off the road into a quick oil-change station. The mechanic added some transmission fluid, ran a diagnostic and told me I was good to make it to my destination and back to Tulsa.

As I left Lawton and turned on to the long stretch of road that leads to Altus, all the lights on my dash begin to light up like Christmastime again. My transmission downshifted on its own, and now I found myself creeping along like a turtle as cars zoomed past me. I looked at my watch and realized if I continued at this speed, I would make it to the church with about a minute to spare.  As I pulled into the hotel parking lot, I knew it was on its last leg.

The pastor, Kevin Baker, came and picked me up, and the body of Christ went into action. David, who owns an automotive parts store and mechanic’s shop in Altus, took my car and ran another diagnostic. I hate it when a mechanic makes that “tsk, tsk, tsk” sound. My car was worse, and he said I needed a transmission specialist. Mark, the minister of music, came to me and said, “You can borrow my car and take it back to Tulsa until you get it figured out.”

After I made it home Sunday afternoon, I put a blurb on my Facebook page about the weekend’s adventures. Jim Smith from my Sunday school class said he would help me get the car back. Levi, another brother, offered to take off and bring it to Tulsa.

The pastor from Martha Road also texted me to say that a farmer and his wife, Brad and Sherry, had volunteered to haul my car to Tulsa, pick up the car I was driving and take it back to Altus. 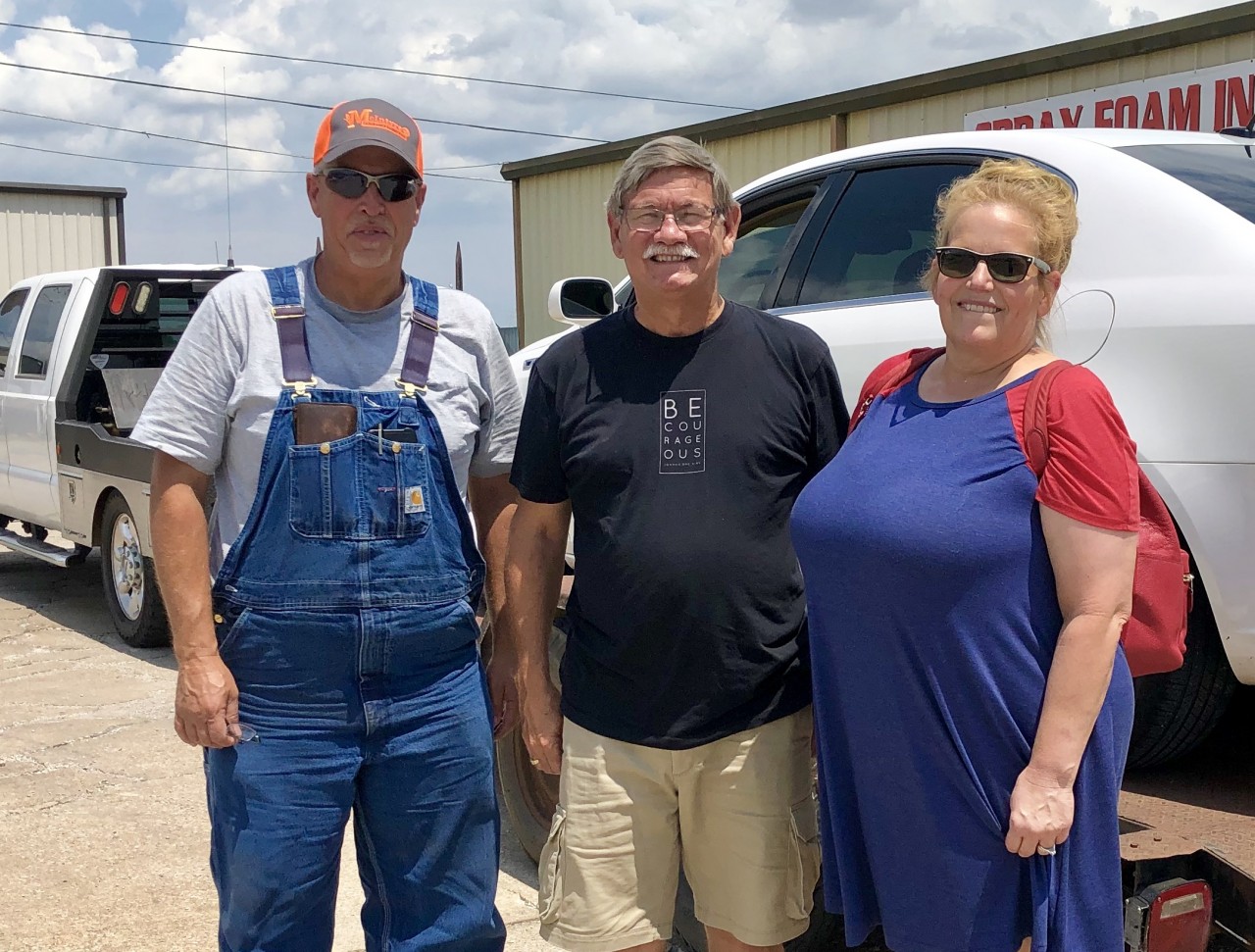 Walker with his new friends Brad and Sherry who delivered Walker’s car to Tulsa.

Now, I know God has a purpose for everything that happens in our lives. I had just preached Sunday about how God has given us His Spirit and empowers us to be branch offices for God. And He moves His offices around to meet the needs of other people.

When Brad and Sherry came with the car, they wouldn’t let me reimburse them for gas and tolls, but they agreed to let me take them out to lunch. I was going to take them to a noisy old tortilla factory to eat some tacos. But my wife insisted we take them to a nicer place.

As we sat down at the nicer restaurant, the owner, a friend of ours, came over to our table. She leaned over to my wife and, with tears in her eyes, announced that she had just learned she had breast cancer. I stood up and put my arms around her, and we prayed for her.

God needed a branch office in a Mexican restaurant to minister to the owner. But it wouldn’t have happened if it weren’t for a broken-down car, a gracious couple and an insistent wife. How incredible is God when we allow Him to use us in all circumstances? How will you be His branch office today?