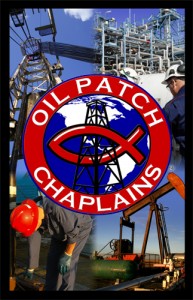 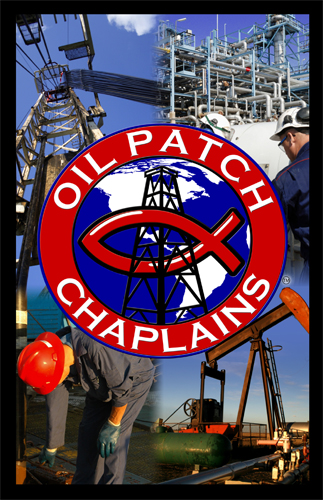 It’s another first for Oklahoma Baptists. And what better place than a state that has oil rigs on its State Capitol grounds?

The Baptist General Convention of Oklahoma is the first state convention to put together an oil field chaplaincy program.

“There’s never been a program like we’ve started,” said Tom Beddow, who is coordinating the new work.

Beddow, who only a few months ago was serving as director of counseling and family ministry at McAlester, First, was appointed by the North American Mission Board in January and was commissioned in May.

He came to the McAlester church after 20 years of operating his own oil field welding business in Ada.

Beddow and BGCO chaplaincy specialist Paul Bettis began in January to put together a plan to find out what had been done in the past in the oil and gas industry and what was needed.

Beddow said he has spent the last several months developing relationships with oil and gas companies.

“We have to be recognized in the industry,” he emphasized. “You don’t do anything unless you’re invited in.”

He said the mission statement of the new ministry is to be trained and available, anytime, anywhere to be a caring and supportive presence in the lives of oil and gas industry personnel and their families.

Three areas in which he is working are critical incident responses, awareness and prevention and faith resources.

He said because of what Oklahoma and Southern Baptists have already done, through disaster relief training, “we already know how to train chaplains.”

Oil field chaplains will be endorsed by NAMB and will have a credibility that is recognized around the world, he said. Currently, there are 15 trained oil field chaplains in Oklahoma and more in the training process.

“Our goal is to have 200 trained chaplains at the end of three years,” Beddow said.

While he is responsible for finding, training and sending out chaplains, Beddow is also charged with working with associations and churches to equip them to help in the process.

“Equipping churches was low on my priority list, but God opened that door prematurely,” he said. “I was visiting with the pastor of Calvin, First, which has lots of ministry to the community, including a free medical clinic. They were looking for ways to minister to the drilling activity going on all around the town.”

Beddow said they came up with the idea of preparing meals and feeding those working on rigs in the area. Beddow secured permission from the drilling company, and church volunteers fed 18 people and gave out New Testaments. The church is now looking at this as a continuing ministry, feeding a “rig of the month.”

Beddow added that the church is considering opening its fellowship hall for families of the workers who are living in trailers in the area.

“It would be a great place for them to come for fellowship,” he said.

Beddow revealed that to date, the ministry has responded to numerous critical incidents, including two deaths and several serious injuries.

“A young man who lives in Woodward was hurt on a drilling rig in Canadian, Texas, and was taken to a hospital in Amarillo.,” Beddow said. “Two chaplains from Guymon and Woodward were deployed, one to the rig to do critical incident debriefing and one to Amarillo to minister to the man and his family.”

Beddow said one of the chaplains was asked to return to the rig site and have prayer with the workers.

Beddow said he has developed a relationship with Oil Field Christian Fellowship, which distributes Bibles and has chaplains around the country. He was asked to pray at the annual Oil Field Prayer Breakfast recently in Houston, attended by some 800-900 people from around the world.

As Beddow continues to make contact with oil companies, he said he hopes to get Bible studies started with oil and gas employees, including online Bible studies.

For more information on the oil field chaplaincy program or instructions on how to become a chaplain, contact the BGCO chaplaincy office at 405/942-3000, ext. 4326, or bgco.org/oil patch.