Revivals no longer work. Tell that to Yukon, Trinity 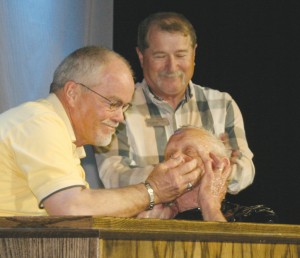 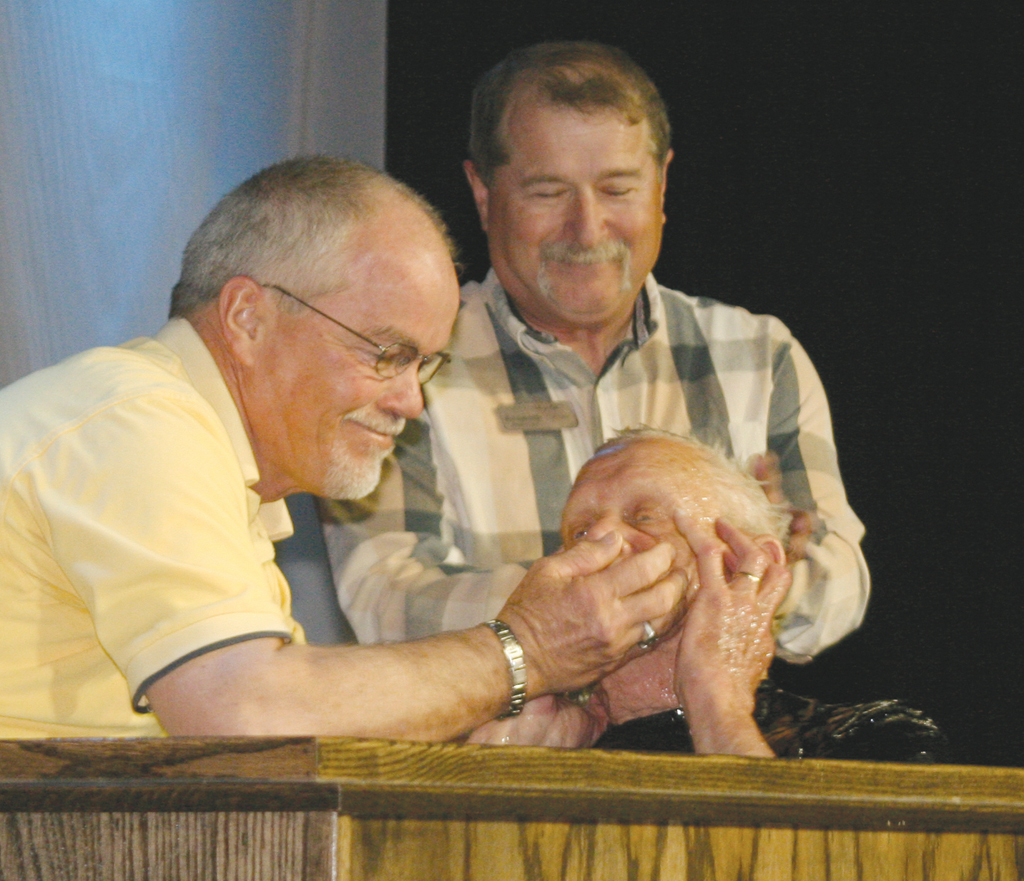 Yukon, Trinity didn’t get its baptistery built in time. “When we built our building, we planned to do all our baptisms outside, but we didn’t finish the outside part because it was going into wintertime,” said associate pastor Scott Kinney.

So they baptized 62 people on March 11 and another 29 on March 25 in a recently purchased portable baptistery.

The baptisms were the result of a four-day revival that saw 170 decisions, with more than 150 of those being professions of faith. Those saved ranged in age from 6 to 85, with 39 children, 66 adults and more than 70 youth.

“The spirit of God moved throughout the meeting, particularly in the Wednesday evening finale in which Trinity’s 1,200-seat auditorium was filled,” said Kinney. Drivers entering the church property on Wednesday night spent 15 minutes in backed-up traffic waiting just to turn onto the road that leads to the church. Kinney said the church parking lot has 330 parking spaces, and there were 520 cars.

Kinney said Wednesday night was youth night, and evangelist Ken Freeman had spoken in schools in both Mustang and Yukon that day.

This was the fourth time in the past 14 years Freeman was the evangelist at a revival at Trinity.

“Each time, there have been lots of decisions for Christ,” said Kinney, “but during this meeting, Ken’s message was targeted to the entire church, not just student-oriented.”

Freeman, a San Antonio, Texas-based evangelist, has ministered more than 30 years and witnessed more than 200,000 professions of faith.

Kinney said the results of the revival are particularly inspiring because no mass mailings or advertising of any kind were used to draw people to the event.

“We had asked our people to not only pray, but invite their unchurched family and friends,” said Kinney. “We encouraged them if they knew someone and weren’t sure of where they were spiritually, to invite them to come. Our people did a great job of inviting their friends and family members.”

Kinney admitted that having a new facility was part of the attraction. The congregation moved into the $6 million, 72,000-square-foot facility near Interstate 40 and Garth Brooks Boulevard last fall.

“People were interested in seeing the inside of the building,” he said. “But mostly it was our people looking around them and trying to find neighbors and friends who didn’t know Christ and realizing it was their opportunity to bring them to hear a gospel message. Many times we think we’re in a churched or reached area. But the bedroom communities of Yukon and Mustang are fields still white for the harvest.”

“The church continues to bask in the glow of how the Lord moved during the revival,” said pastor Dan Fisher. “Most of our people, like myself, have never witnessed such a move of God and this many baptisms at one time. This just makes our church more determined to continue to reach people for Christ.”

And get the baptistery built.