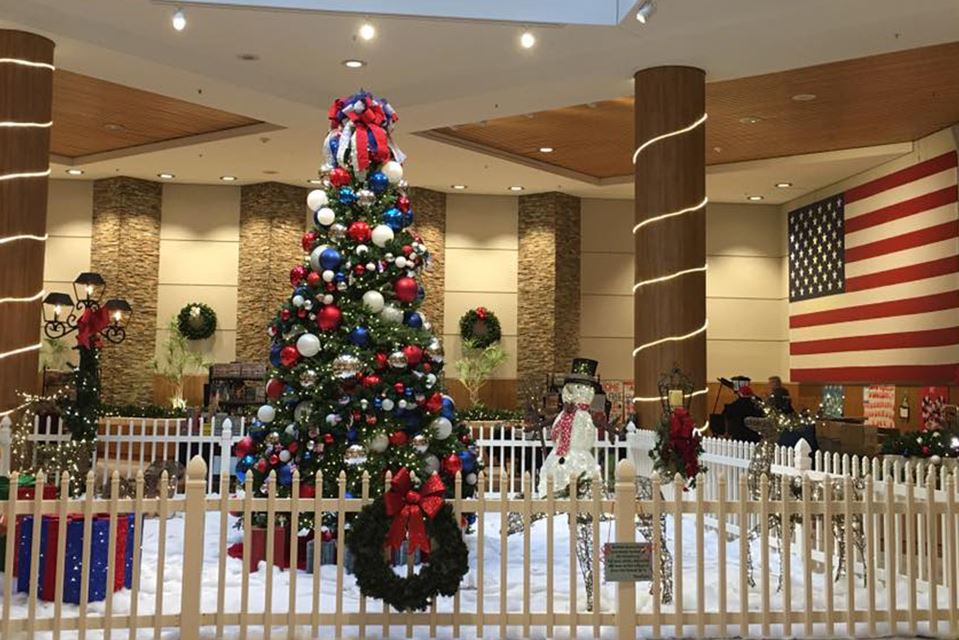 A Christmas display at a U.S. Department of Veterans Affairs hospital in Dallas. Photo from Facebook/Maggie Rivera

“We want to make sure that all of our veterans and their families feel welcome at VA, no matter their religious beliefs,” VA Secretary Robert Wilkie said in a statement. “These important changes will bring simplicity and clarity to our policies governing religious and spiritual symbols, helping ensure we are consistently complying with the First Amendment to the U.S. Constitution at thousands of facilities across the department.”

In the announcement, the department gave examples of times the rules had been inconsistently applied, particularly around Christmas. In 2013, a VA facility in Georgia stopped a student choir from singing Christmas carols. That same year, a VA hospital in Iowa told American Legion representatives they couldn’t pass out presents that were wrapped in paper with “Merry Christmas” or other religious references on it. And a VA hospital in Dallas wouldn’t receive handmade Christmas cards from schoolchildren because they had religious language. In 2015, backlash from veterans and employees led a VA facility in Salem, Va., to reverse its ban on Christmas trees.

The revision is intended to clear up the confusion and inconsistency that led to the limitations on Christmas celebrations. It also specifically mentioned that veterans must be allowed access to religious literature when they request it.

The revision should help defend against lawsuits like one filed against a New Hampshire VA hospital in May. The Northeast POW/MIA Network had sponsored a Missing Man table honoring missing veterans and prisoners of war at the entrance of the Manchester VA Medical Center. Air Force veteran James Chamberlain sued the center’s director, arguing the display’s inclusion of a Bible carried by a World War II prisoner of war violated the Constitution. The Military Religious Freedom Foundation also complained about the display.

Mike Berry, director of military affairs for First Liberty Institute, which has defended similar cases, told WORLD the firm sent a letter to VA leadership at the end of May asking for just such a revision of its policy.

While researching the issue, Berry discovered that the VA policy originally delegated decisions about religious symbols to local directors, leading to piecemeal implementation as outside organizations complained to individual facilities, like in the New Hampshire case.

The new rules, Berry said, create one uniform standard for all VA facilities.

“First Liberty Institute is very encouraged by this development, and we commend the VA for taking this step and we look forward to seeing a dramatic reduction in these lawsuits and religious harassment by outside activist organizations,” Berry said. “We were thrilled to see them enact a new policy that is going to be good for religious liberty and really, quite frankly, good for our veterans.”

The announcement also pointed to the recent U.S. Supreme Court ruling in favor of the Bladensburg Cross, a World War I memorial in Maryland that some wanted taken down, arguing the decision sets a precedent for the government to recognize the important role of religion in the lives of Americans. See related Baptist Press story.