Children respond to the Gospel at CrossTimbers Grand Lake 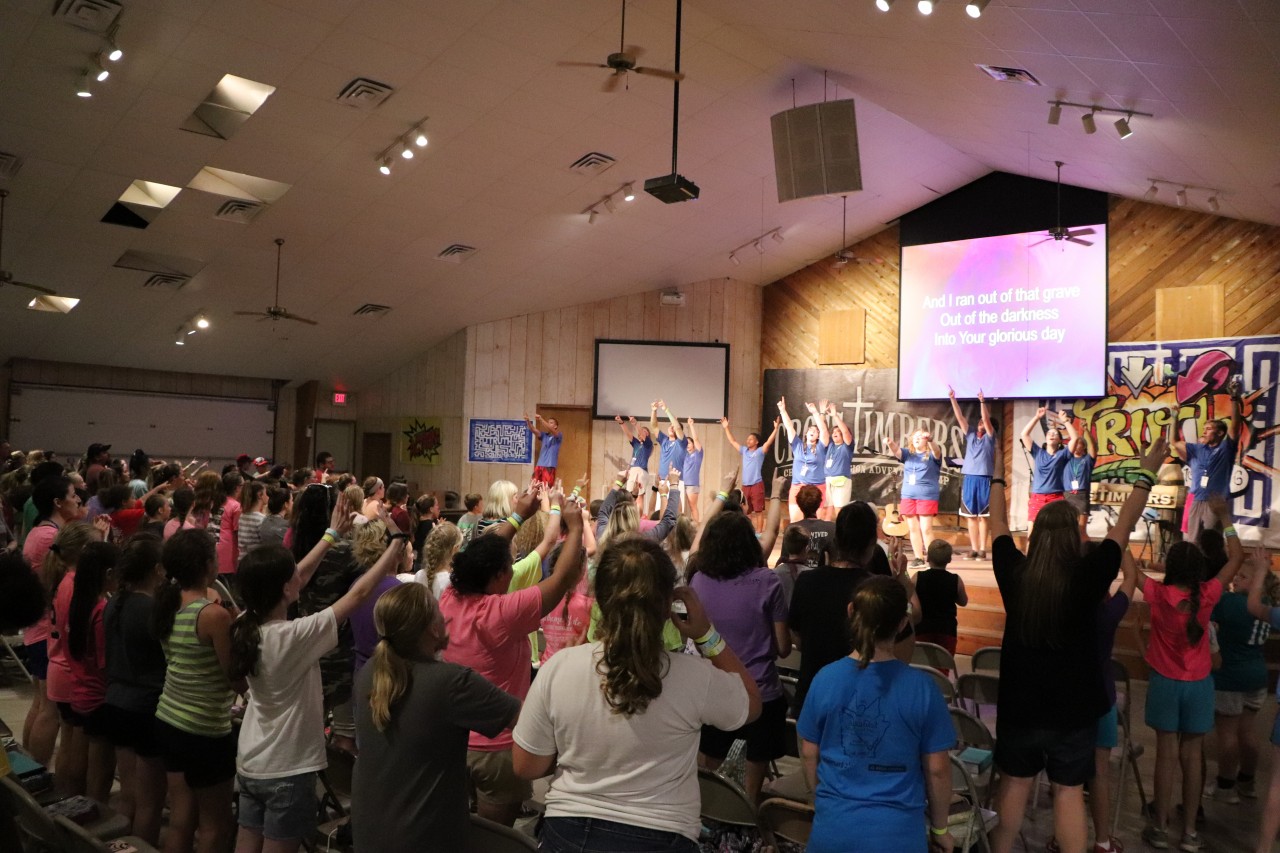 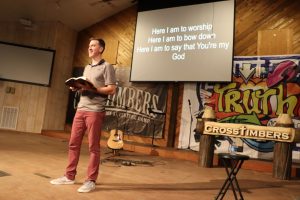 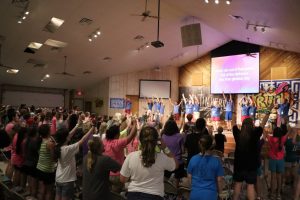 Campers sing during an evening tabernacle at CrossTimbers Grove. Photo by Brian Hobbs

“The Bible speaks of our spiritual thirst for God. ‘Jesus said, “Anyone who is thirsty may come to Me. Anyone who believes in me may come and drink! For the Scriptures declare, ‘Rivers of living water will flow from his heart,’” said Tucker, quoting John 7:37-38.

Tucker is serving as camp pastor for CrossTimbers Grand Lake’s session four, July 10-13, and when he led a time of invitation during the first evening service of camp, 12 children realized their thirst for Christ and stepped forward to make spiritual decisions. Four of the decisions were professions of faith. 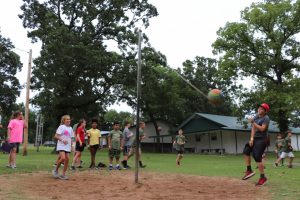 “We have been praying the Lord would move in the hearts of these boys and girls, that we could see children come to a saving faith in Christ,” Tucker said. “I am so thankful the Lord is at work here at CrossTimbers.”

As of the first two sessions of CrossTimbers at Grand Lake, there had been 462 campers and sponsors in attendance and 96 spiritual decisions, with 23 campers making professions of faith in Christ.

“We are truly excited about God being at work,” Gatton said. “Compared to CrossTimbers in Davis, this camp is smaller in attendance, but we are able to build relationships faster in this environment. It has been a great experience.”

The next session of camp for CrossTimbers Grand Lake is July 22-25. By God’s grace, even more children will come to know Jesus, the Living Water, at the lakeside encampment.