To find hope for the American church, look outside America

Home » Feature » To find hope for the American ...

When European explorers came to the African Great Lakes in the eighteenth century, the native people needed a word for them. It’s not easy to put myself in their position, but suddenly, white-skinned people began appearing from what was probably out of nowhere and didn’t leave.

Native Africans in countries like Kenya, Tanzania, Rwanda, and Uganda observed the newcomers and started calling them mzungus, or “one who wanders aimlessly.” The word comes from the Kiswahili term zungu, which is the word for a person who spins around in the same spot. 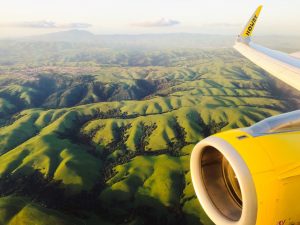 Many of these explorers were Christians, some were missionaries. They were bringing a kind of good news, one tied to an uptight and “spinning in circles” kind of culture.

The word is still used by my Rwandan friends, whom I was fortunate enough to meet over my years in ministry. It’s a playful term, but it can also be demeaning—like being called gringo when visiting Mexico, white people should expect to be called mzungu if they find themselves in many East African countries. Over time, I’ve embraced this term as helpful to understanding the culture I come from and my need for people outside of it.

All of us need help from those outside our culture. We need people to provide the kind of perspective we can’t see on our own. If this is true on a personal level, then on the church level we need it all the more. More specifically, when the American church finds itself divided or in difficulty, unable to find a solution inside of itself, the wisdom we need must come from the global church outside of the Western world.

The Church of Silicon Valley

I live in Silicon Valley, which is one of the most diverse places in America. People from all over the world move here in order to have a future and career. While we’re a diverse region, the culture of the mzungus looms large in its influence. We spin around in circles, anxious for achievements. In addition to the mzungu influence, Silicon Valley is a classic meritocracy where the rewards are given to those with the greatest abilities. Rewarding the more able and gifted leads to being tightly wound and over-working. We ignore our families and relationships in service of the next big thing because that’s the only way to get rewarded.

The term “Silicon Valley” is much like the term “Hollywood.” While it began as a noun describing a particular region (where I live and minister), the culture it has produced repurposed the term to give it a larger meaning. Now, Silicon Valley isn’t just a place; it’s a state of mind, a culture, a way of living, and a set of values.

“In Silicon Valley, the pressure is always on. Is there a way out of the relentless push for more?”

This culture of Silicon Valley is being exported across America and across the globe, but it’s also affecting our religions. I’ve pastored four churches in my short career and I’ve seen how deeply our Silicon Valley culture runs. We can’t help but spin around in circles in service of the next big thing. We mzungus exhaust ourselves for our congregations the way the tech companies overwork for their investors. In Silicon Valley, the pressure is always on. Is there a way out of the relentless push for more?

Many faith leaders are working to catch up with the tech sector. But, just like bad Christian movies in the 1990s, it’s falling flat. Now, as Christians make apps, social media sites, and cheap knockoffs of websites like YouTube, I can’t help but think we’re headed for the same kind of ending.

In addition, Christianity is going through a clarifying position in American life. A rise of young people categorizing themselves as “Nones” has left us concerned for our faith’s future. Ever since 2016, Protestant Christians have also become increasingly divided in politics: mainline and evangelical Christians seem further away from each other than ever before.

Why We Need the Global Church

All of this—the Silicon Valley-ization of the church, the disillusionment towards Christianity, and the politicization of Protestantism—has left me looking for help. It’s my belief that as Americans, we desperately need the influence of Christians in Africa, India, China, and South America if we’re going to thrive in the twenty-first century.

“It’s my belief that as Americans, we desperately need the influence of Christians in Africa, India, China, and South America if we’re going to thrive in the twenty-first century.”

Through friendships with our brothers and sisters outside of America, and with a proper understanding of the global picture, we may find a cure from our spinning about in circles. Perhaps our path towards healing religious divides in this country is not found in this country.

For a start, there’s got to be a little perspective shift for us here in America.

1. We American Christians have to understand we are not the leaders of the global church anymore.

By sheer numbers, the United States hosts around 150 million Protestants, while Africa has closer to 400 million. There is little doubt among statisticians that China and the Philippines will (combined) outnumber American Christians very soon. The Pew Research Center estimates that by 2050 the number of Christians in Sub-Saharan Africa will double in percentage while the number of Christians in America will decrease by 3 percent.

America has long thought of itself as the center of Christianity, but over the past twenty years, this has become no longer the case. The good news, however, is it means we can take second chair in the symphony of God’s church, allowing stronger, wiser leaders from other cultures to lead us and influence us away from mzungu living and over-politicization.

2. Our fundamental posture about these countries mentioned above (and others) must change.

American exceptionalism runs deep in its favorite religion. Christians here see themselves as the “city set on a hill” and a “light to the nations.” We certainly have much to give, but we also need to see our African brothers and sisters and the Christians in India as a light to us. They understand things about our culture and our faith to which we’re blind. We need them to help us see what we can’t.

3. Receiving help, teaching, and leadership from other countries reminds us of our faith’s true history.

Books like How Africa Shaped the Christian Mind by Thomas Oden or Whose Religion Is Christianity? by Lamin Sanneh remind us that Christianity is far from a European religion.

From the book of Acts to the early church fathers, up through Saint Augustine, so much of the early church’s leadership and thinking came from North Africa. Just under one hundred years after Jesus’s death, the center of the Christian movement was closer to Morocco than Jerusalem.

“The American church has the powerful change agent that Silicon Valley does not have: the gospel of Jesus Christ.”

Much of American Christianity looks like European historical thinking, but the great gift of the church is the global thinking that has occurred over centuries.

The American church has the powerful change agent that Silicon Valley does not have: the gospel of Jesus Christ. The gospel leads us in a direction opposite of our meritocracy of mzungus. It works against the meritocracy by providing in our churches a culture of grace, not rewards based off of abilities; it also pushes back on our mzungutendencies of spinning and toiling, teaching us pace, peace, and rest that can be found in Christ alone. The gospel cuts through this culture, teaching us to lay down any competitiveness and receive instruction and help. Our global brothers and sisters in the gospel bring this kind of powerful change to a divided, busy culture.

With steps like these, I believe we might receive more of what I received when I was first called a mzungu: a more accurate view of the world.