Priority of Preaching prevails despite weather 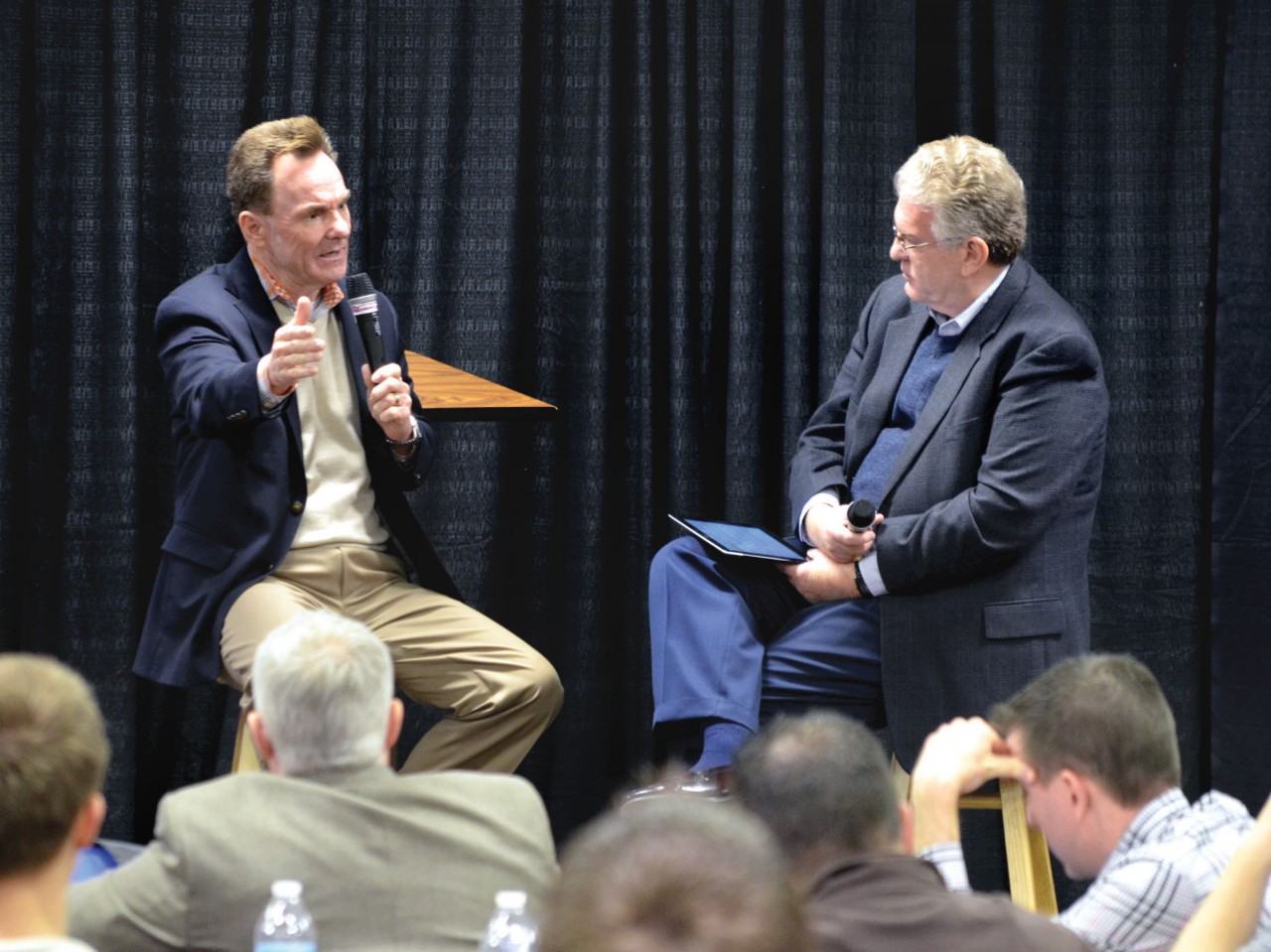 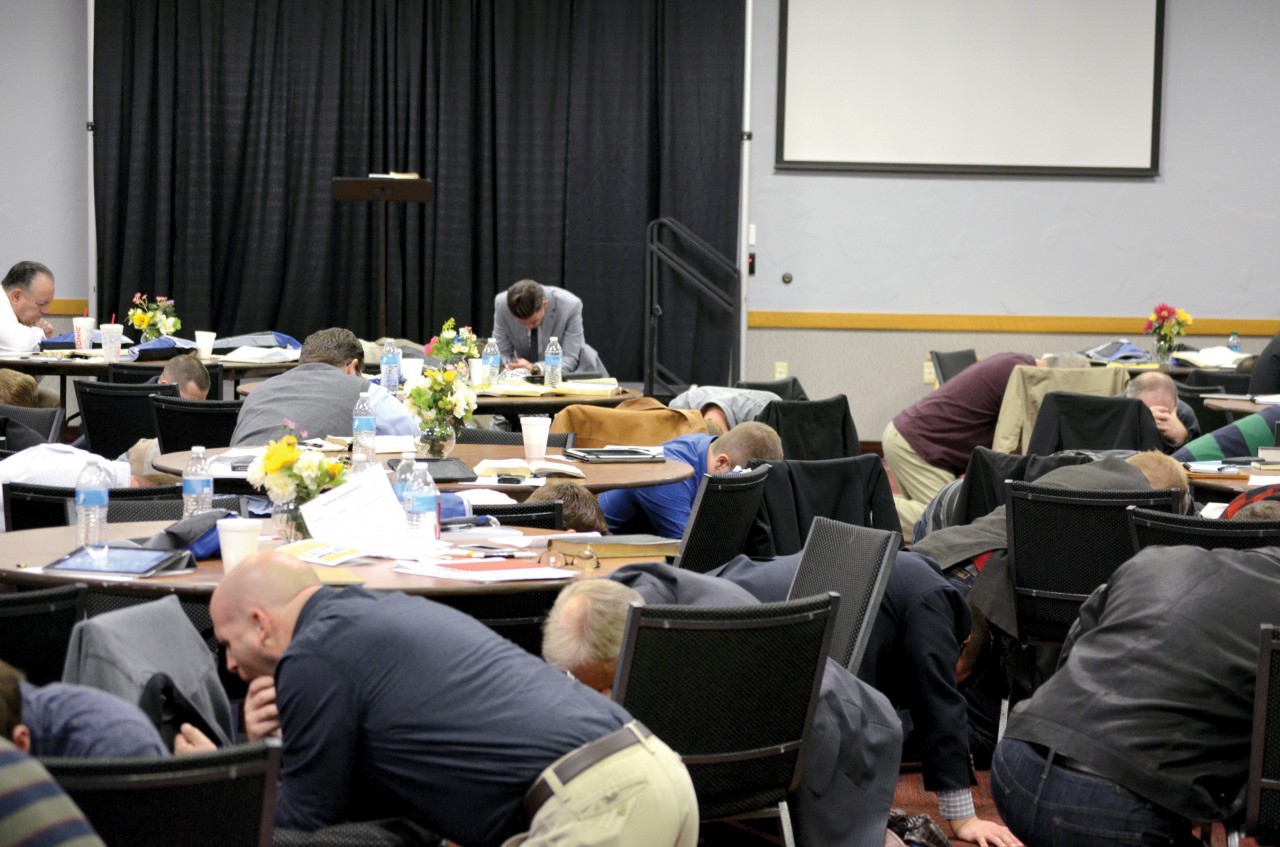 Priority of Preaching Conference attendees spent time on their knees, praying for revival.

EDMOND—Winter conditions have affected much of Oklahoma Baptist life in the early part of 2014. Church services and other related events have been cancelled because of snow and ice affecting travel.

The Priority of Preaching Conference at Edmond, First had to cancel its first meeting day, March 3, but after revisions were made, the Conference did occur on March 4. Of the approximately 150 registered for the event, 108 endured the weather to attend.

“Edmond, First was diligently at work to make the parking lot as clear as possible,” said Brett Selby, pastoral leadership specialist for the Baptist General Convention of Oklahoma (BGCO). “We are grateful for their efforts and the leadership of Pastor Blake Gideon and his staff.”

Adam Greenway, dean of the Billy Graham School of Evangelism at Southern Seminary, was scheduled to speak March 3 at the conference but had to cancel. All other speakers were able to attend. 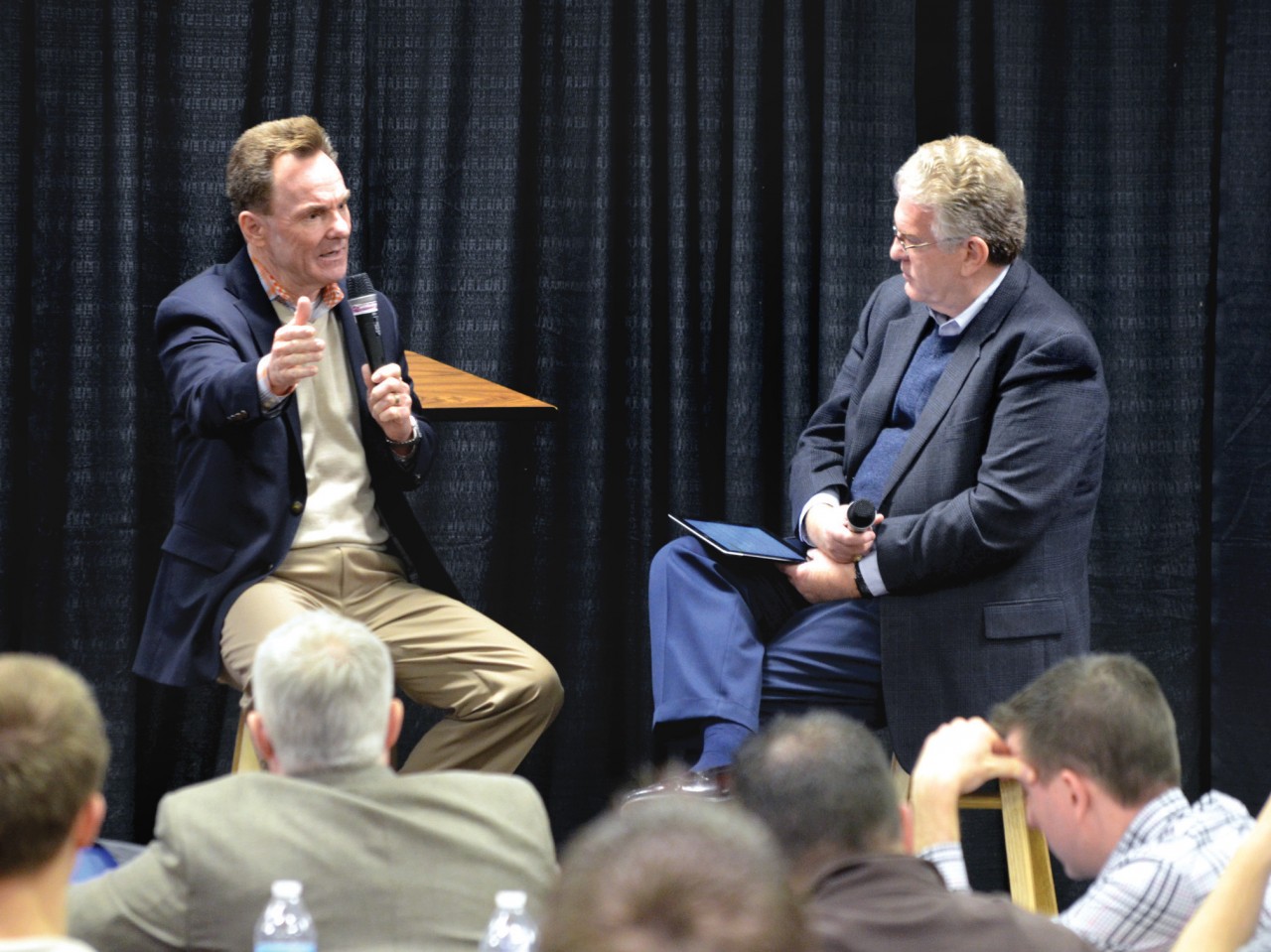 Scott Pace, professor of Christian Ministry at Oklahoma Baptist University, led off the conference speakers, presenting his topic “Turning the Textual Idea in a Sermon.” He covered issues of sermon preparation including challenges in interpretation of scripture. Pace encouraged attendees to “do the homework and the hard work.”

“If you will pay the price up front, the difficulty you have in constructing your sermon and pulling that message together and proclaiming God’s truth, it will be so much easier when it comes to crafting a sermon if you do the homework first,” said Pace. “If you don’t do the homework, you find yourself tugging at loose ends, chasing things around; you can’t get it to come together. One of my favorite euphemisms when it comes to preaching is ‘A mist in the pulpit is a fog in the pew.’ If it’s a little bit cloudy in your mind, it will be blinding to them. It will be so confusing.”

Floyd also spoke twice at the conference on the topics “Preaching with the Power of God” and “The Role of Prayer and Fasting in Preaching.” He opened his first sermon talking about William Wilberforce, the English politician who was a leader in the movement to abolish slavery, and how Wilberforce was a “world changer.”

“There are very few world changers acting today,” said Floyd. “I do not know of any person in the world, more than a gospel preacher, who ought to have the great passion to be a world changer. The greatest way to change the world is to preach the Gospel of Jesus Christ.”

Ed Newton, staff evangelist of Central Fla., First, who is a regular speaker during the summer youth weeks at Falls Creek Baptist Conference Center, spoke on the importance of churches having invitations during worship services. He said pastors should never fail to allow for opportunities for people to make public decisions “because you never know who is in your congregation.”

“We can be the reformers of the 21st Century if we just come back to exegetical preaching and giving invitations, said Newton. He ended his speaking time, asking the attendees to get on their knees and pray for revival in the country. Everyone complied.