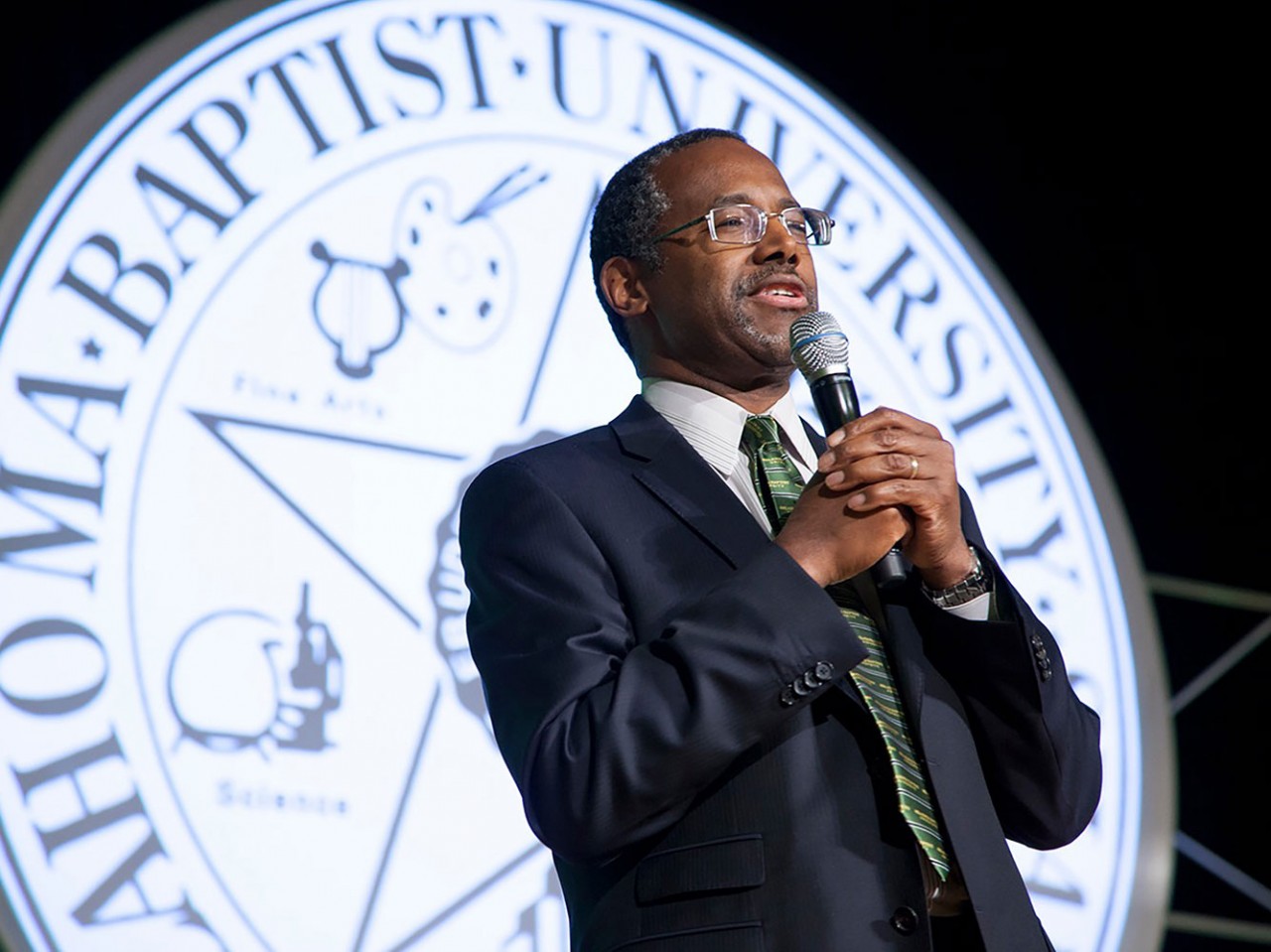 “Last year, 94 percent of all our students received some form of financial aid,” said Will Smallwood, vice president for advancement at OBU. “Many students would not be able to attend OBU without the scholarships that have been provided by our generous donors. To continue to enable these students the opportunity to receive a Christian liberal arts education from a nationally-ranked university such as OBU, we work diligently to increase the scholarship funds we provide. The Green and Gold Gala is one opportunity for contributors to help meet students’ needs.”

OBU President David Whitlock welcomed the crowd, thanking them for their continued support for scholarships. “I have the unique opportunity to speak to many groups about OBU, and I always stress to them, that what we do at OBU matters,” Whitlock said. “As an important part of our community, what you do matters as well. Your generosity and support matters. It matters to our students, to our state, to our nation, to our world and it matters to the kingdom.”

“We’re incredibly grateful that he is here this evening, for his faith and his background. It’s my honor to get a chance to introduce a husband, a dad, a doctor, a scientist and a researcher, an educator, and very importantly for us, a God follower. . .,” Lankford said.

Carson is a world renowned author and neurosurgeon. He is an emeritus director of neurosurgery, oncology, plastic surgery and pediatrics at the Johns Hopkins School of Medicine, where he directed pediatric neurosurgery at the Johns Hopkins Children’s Center for 39 years. In 2001, he was named by CNN and TIME magazine as one of the nation’s 20 foremost physicians and scientists. In 2008, he was awarded the Presidential Medal of Freedom, the highest civilian honor in the land. He has written several books, including his most recent, America The Beautiful: Rediscovering What Made This Nation Great, which made the New York Times Bestseller List.

“I am absolutely delighted to be here,” Carson said. “America is still a place of dreams. As a youngster, I dreamed of medicine. I loved anything that had to do with medicine. I loved to hear the mission stories in church that would frequently feature missionary doctors, who seemed like the most noble people on Earth.”

Carson shared his sense of humor with the crowd as he recalled his journey to becoming a surgeon. “I decided when I was 8 years old that I would become a missionary doctor,” he said. “And that continued to be my dream until I was 13, at which time, growing up in dire poverty, I decided I’d rather be rich. So at that point, missionary doctor was out and psychiatrist was in, because on TV they seemed like rich people.”

Carson planned on studying psychiatry until he was in college. “I believe that God gives everybody special gifts and talents.” So, he started analyzing his life and realized he had hand-eye coordination, the ability to think in three dimensions, and he rarely knocked things over and said “oops,” which he jokingly said was a good characteristic for a brain surgeon.

He began in adult neurosurgery, but realized soon the rewards of working with children. “You can operate for 10, 12, 18 hours on a kid…and if you’re successful, the reward may be 50, 60, 70 years of life,” he said. “It’s wonderful to be a part of healing.”

Carson’s message traced the history of his life and demonstrated the power of education in transforming lives to live out their potential. Carson implored the audience to continue to learn something new every day of their lives and to seek knowledge daily. “When you become very knowledgeable, you become a formidable foe for falsehood and a formidable ally for truth.”

Carson also spoke of the culture war and the attack on the Christian faith in America today, saying, “We have to understand that in our society there is a war on our Judeo Christian values. They want to kick God out of our country. That is a huge mistake, because He has played such a vital and important role in this nation.”

“Those who like to rewrite history will tell you that the founders of our country didn’t really have a relationship with God, didn’t really believe in Him…they were just Deists. Well, you read their quotes and you’ll see that is absolutely not true,” Carson said.

For more information on supporting scholarships at OBU, call 405/275.2850 or visit www.okbu.edu.