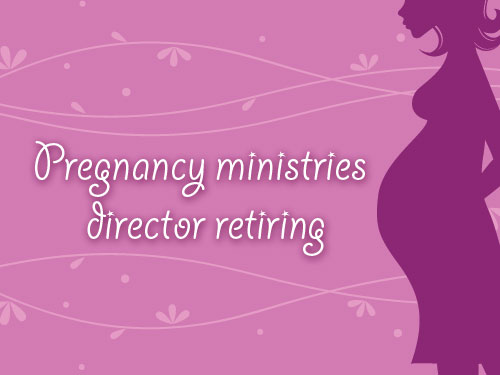 Candy Hines is a quick learner. When she became coordinator of the Oklahoma City Crisis Pregnancy Center (now Hope Pregnancy Center) in 1996, she had never been inside a pregnancy center.

Hines had been office manager for the South Oklahoma City Leader newspaper for three years, and was a former training coordinator for an aircraft maintenance company.

She said she learned of the vacancy after coordinator Lou Allard left, through an ad in the Baptist Messenger.

Hines, who is retiring Aug. 31, is not only a quick study, she also is a visionary. Under her tutorship, the pregnancy centers expanded from one in Tulsa and one in Oklahoma City to both a north and south Oklahoma City location. The Tulsa facility was relocated, as was the north Oklahoma City center, to larger quarters where more ministry could be done.

When Hines came to her position, the pregnancy centers were in locations with low visibility with not much signage.

“You had to look for them,” said Hines. “The new centers have been built on main thoroughfares with very prominent signage.”

Hope Home, a maternity home for women who are pregnant or have young children, was opened in Tulsa in 2004.

For many years, an informational pregnancy center was set up at Falls Creek Baptist Conference Center every summer, but it eventually ran into a funding problem.

Also, an ultrasound program has been developed at all three centers.

“After having an ultrasound, 89 percent of the girls decide to continue with their pregnancies,” said Hines.

While Hines was director, a Pregnancy Resource Network was started, which includes 25 evangelical pregnancy centers throughout Oklahoma.

“We have no authority over any of the centers, but we provide support for such things as education and information,” Hines explained.

A new program, LifeWize, which teaches abstinence and parenting in high schools, also was begun under Hines’ supervision. This past year, it was in three Oklahoma City high schools, and this fall, it will be in six.

Hines said since she had no experience coordinating a pregnancy center, the volunteers at the north Oklahoma City location put her through the paces, teaching her how to do it.

And they taught her well. During the last 16 years, 41,500 clients have been seen, and 1,500 salvation decisions have been recorded.

“I feel the Lord directed my path to this ministry, and I consider it a gift,” said Hines. “It has been an honor and privilege to be associated with Oklahoma Baptist Homes for Children these past years.”

Tony Kennedy, president of Oklahoma Baptist Homes for Children, said Hines exemplifies compassion in action as a doer of the word, reaching out and comforting young men and women in the name of Jesus.

“One of my favorite examples of working with Candy is when we were determining to change the name of our ministry from Crisis Pregnancy Centers to Hope Pregnancy Centers,” said Kennedy. “We saw God’s clear focus that our ministry is about hope in the time of crisis and that the staff and volunteers are providing hope.

“Candy is a joy to work with and has been instrumental in establishing our Hope Pregnancy ministry,” added Kennedy. “She has shown leadership and courage in standing up for the sanctity of human life.”