Pray for Ron Fleming, director of missions in Choctaw-Chickasha Association 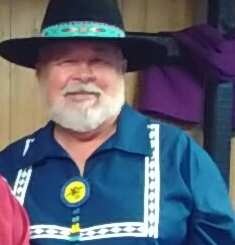 Ron Fleming, a member of the Choctaw Nation of Oklahoma, has served bivocationally his entire ministry. He became a Christian in 1978, after attending church with his family. He was a police officer and a tow truck driver.

Fleming recalls a major life decision he made after attending a revival a year after he made his profession of faith in Jesus.

“God spoke to me about being in the ministry and giving up one of my jobs,” he said. “God called me out of law enforcement and later called me to preach. I had my two children and four of my wife’s brothers and sisters, but with God’s help we made it.”

In 1981 he was called to an interim pastorate in Hugo, and six months later he was called as that church’s pastor. In 1984 he took his family to Prince Albert, Saskatchewan, Canada, to work with a First Nations church there. Six and a half years later, after seeing people make professions of faith and getting property for the church, the Fleming family returned to Oklahoma to minister.

Today, Fleming is director of missions in Choctaw-Chickasha Association, serving the 14 churches (plus three in the process).

“In the U.S. the high points are the same as they were in Saskatchewan: seeing people come to know the Lord,” Fleming said. “I’m extremely excited about starting new work in Hugo, Atoka and Poteau.

“New work is going to help us get off the plateau and climb higher,” Fleming said. “Starting new work will help us regain our vision and strengthen us to move higher.”

Throughout his ministry, Fleming said, he has learned, “Regardless of the adversity you face, keep your eyes on Jesus.”